STLFC Players Get Back to Grassroots 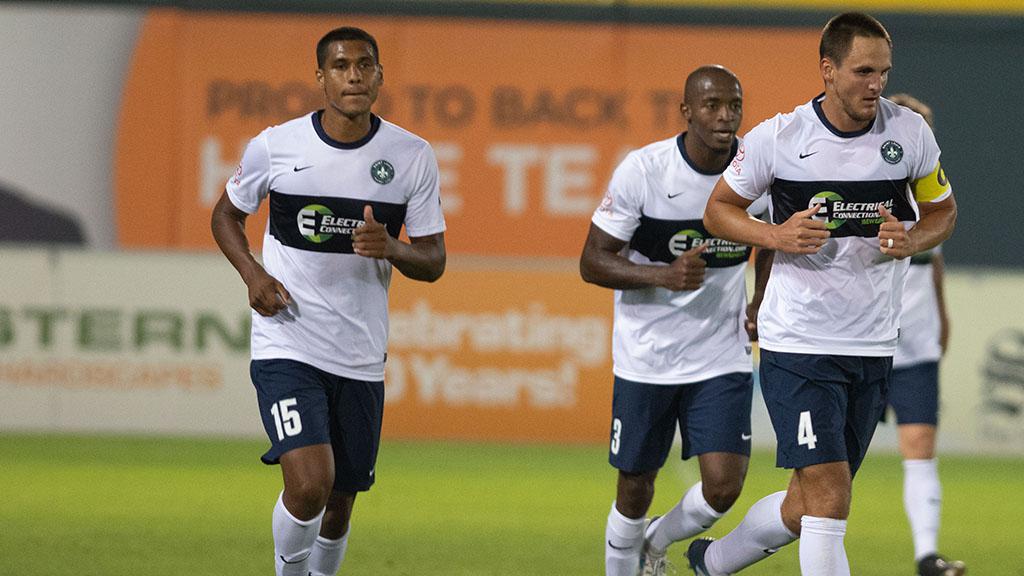 SAINT LOUIS, Mo. – Saint Louis FC doesn’t officially begin preseason training until next Monday but that hasn’t stopped a large contingent of the team’s squad from taking the field early for another reason.

The Grassroots License course will be taught by certified U.S. Club Soccer and current STLFC Academy and SLSG coaches Blake Decker and Dale Schilly. The players and coaches that complete the coursework will receive their U.S. Soccer Grassroots License, which creates the opportunity for them to begin the USSF National License Program.

“Players at the USL level are very concerned about their future,” said Schilly, who himself was STLFC’s Head Coach in the club’s first two seasons. “If they want to continue their career as coaches, completing the Grassroots Courses now when they are players is a very smart move. Personally, it is great to work for a club that is concerned about the players’ futures.”

“The opportunity to gather current professional players along with coaches who have years of experience on the field in order to collaborate in a learning environment focused on the Grassroots player will make this a truly unique experience for all involved," added Decker.

“Providing these courses is part of an initiative the club is taking to help players prepare for opportunities they can pursue while playing professionally and after their playing careers,” said STLFC Vice-President and General Manager Jeremy Alumbaugh. “We look forward to the courses and seeing the positive opportunities it can bring with it for players. As a club, we are looking at how we can implement similar opportunities for our Academy and Youth players within the club.”

More than 10 first-team players will be enrolled in the course for this session as they prepare for life after their playing careers. For returning defender Sean Reynolds, this is an opportunity that he believes more clubs around the league should look at offering to their players.

“I think the fact that we’re being given the opportunity to take the beginning steps to obtaining our coaching licenses is huge for both the club and the players,” said Reynolds. “If you go on the DCC portal for U.S. Soccer, you’ll notice that most courses take place over the weekend, and as you get higher up, over a four-day period. It’s almost impossible for players in the USL to take these courses during the season. The window in the offseason is so small for us, to try an attempt to sign-up for the exact dates given is difficult. I think it’s something all clubs should try to do. I think the USL and U.S. Soccer should try and offer these licensing classes at clubs that have players who are interested.”

“I’m really looking forward to taking this course and very grateful for the opportunity,” added midfielder Guy Abend. “I feel like there’s a lot I can take from it to improve my soccer knowledge and understanding. To have the option to take it here in St. Louis, at our facility, makes it so much more convenient for us.”

With current STLFC Head Coach Anthony Pulis having earned his USSF Pro License this past December, this week’s course opens up the pathway for his players to achieve similar when their playing days are behind them.

“I praise Saint Louis FC for taking this on,” said Reynolds. “I’m very grateful for the opportunity as I so badly wish to coach after my playing career ends. It’s what I’ve always wanted to do.”