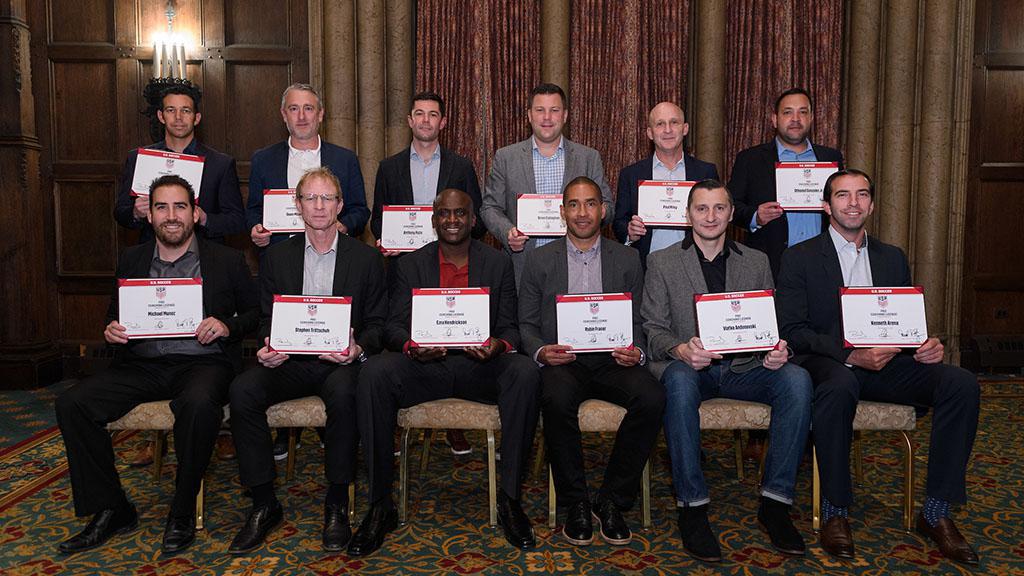 CHICAGO – The United States Soccer Federation announced on Monday that 12 coaches who work across Major League Soccer, the National Women’s Soccer League and the USL Championship had become the third class to complete the U.S. Soccer Pro License on Friday, Dec. 14, finishing a year-long journey that began in January.

“It's an awesome experience to work with coaches every time,” said Wim Van Zwam, U.S. Soccer lead instructor for the course. “To start with a group in January, to see them develop and to see the difference in their behavior, individually and as a group at the end of the course is amazing. Learning to reflect on why you do what you do has been the central thread during this course.

“For us, that's the most important question: Why do I do the things I do every day? Why do I ask this question to my players? Why do I work this way? Why do I organize practice in this way? Is there a more efficient and effective way? Because at the end of the day, it's all about being more effective in what you do. That translates a lot of times to winning more games.”

Among those joining Trittschuh, Muñoz, Russell and Pulis in the 2018 graduating class were former USL Championship Head Coaches Junior Gonzalez (Rio Grande Valley FC) and Ezra Hendrickson (Seattle Sounders FC 2), both of whom served as assistants on the LA Galaxy’s coaching staff this past season.

“We believe that this group will continue to progress, and they will continue to develop themselves to be better coaches,” Van Zwam said. “This course is also about being an example as a head coach. As these coaches pass on the word that this course is a really valuable experience in their growth, it helps to grow the game and develop coaches in America. It’s fundamental to our belief that we should work on developing better coaches because we believe better coaches develop better players.”