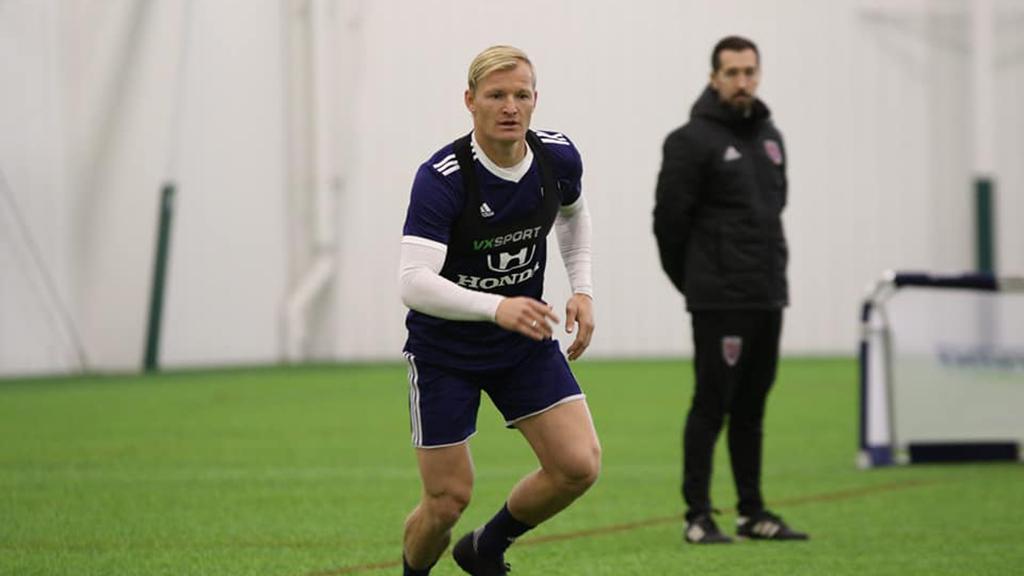 Indy struck early when Starikov earned a penalty kick in the fifth minute when he was brought down in the area. The veteran forward came up to the ball with a slow, staggered approach and slotted the ball into the lower left corner of the goal.

The Rangers attempted to respond six minutes later, only for Indy defender Brad Rusin to deflect the shot to safety. Moments later, a shot from Indy forward Jack McInerney had was denied by SPR goalkeeper Darrin MacLeod, while Kevin Venegas also went close on the half-hour mark as he found himself alone in right corner of the penalty area for a chance that was also saved.

Indy doubled its lead just before halftime, however, as Starikov headed home a free kick from close range into the top-left corner of the net.

Swope Park tried to hit back early in the second half, but Felipe Hernandez had his initial shot blocked before Hadji Barry sent the second opportunity wide of the target. Kyle McLagen also went close with 15 minutes to go, but his header from Chase Minter’s corner kick went over the crossbar as the Rangers continued to push to get back into the game, but the late chances the visitors created didn’t result in a decisive finish as Indy held on for its first preseason win.

CHARLESTON BATTERY 5, GEORGIA SOUTHERN UNIVERSITY 1: Nico Rittmeyer scored four second-half goals as the Battery pulled away in the second half against the Eagles at MUSC Health Stadium.

Georgia Southern took the lead in the first half from the penalty spot as Javier Carbonell converted in the 22nd minute, and the Eagles carried their lead until the halftime break. Rittmeyer took over in the second half, first leveling the score in the 59th minute on a cutback by Jay Bolt, and then putting the Battery ahead eight minutes later off a chance created by Ataulla Guerra.

Guerra added to his assist with seven minutes to go before Rittmeyer completed his outstanding half, scoring two goals in two minutes to wrap up the contest.