Veteran midfielder has made more than 225 professional appearances in career 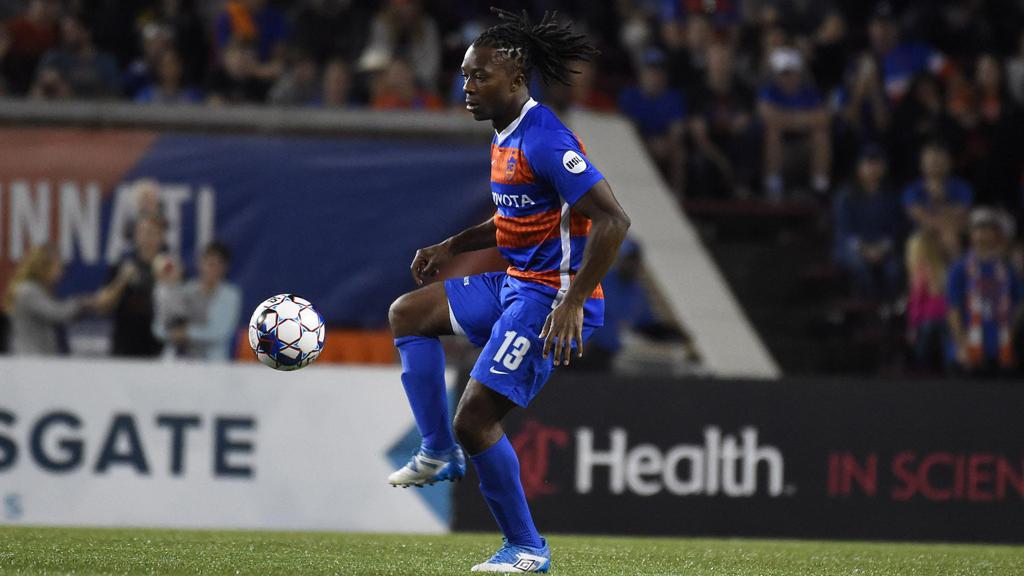 SAN ANTONIO – San Antonio FC announced on Tuesday it had signed Sierra Leone international Michael Lahoud for the 2019 USL Championship season pending league and federation approval. Per club policy, terms of the deal were not disclosed.

Over the course of his 10-year career, Lahoud has made more than 225 professional appearances across the top two divisions in the United States. The 32-year-old has amassed over 15,000 minutes at the club level, including nearly 9,000 at the MLS level with Chivas USA and the Philadelphia Union.

“We are pleased to have Michael join our squad for 2019,” said SAFC Head Coach Darren Powell. “He has a lot of good experience in U.S. soccer. He is a midfielder that is effective on both sides of the ball, and we anticipate him being able to impact our team this season.”

Lahoud joins SAFC from FC Cincinnati, where he made 24 appearances as FCC claimed the 2018 USL Championship regular season title. Originally drafted by Chivas USA in the first round (ninth overall) of the 2009 MLS SuperDraft, Lahoud went on to make his professional debut in March that year, playing in four consecutive seasons with the club prior to being traded to the Union.

After making 58 MLS appearances in Philadelphia, Lahoud spent time with the New York Cosmos prior to being acquired by Miami FC where he played in 46 league matches over the course of two seasons from 2016-17. Lahoud helped the Union reach the final of the Lamar Hunt U.S. Open Cup in both 2014 and 2015 while also winning a 2017 Spring Season title with Miami.

“I am very intrigued by the club’s ambition to be one of the premier clubs in the USL,” said Lahoud. “The ownership and staff want to build something special here and do it the right way. This year we have a new team, which means new challenges. As an experienced player, I hope to help lead on and off the field as we aspire to make history in San Antonio.”

Prior to his professional career, Lahoud featured for Wake Forest University, where he recorded 14 goals and 20 assists while leading the Demon Deacons to the 2007 NCAA National Championship. Lahoud has also made four appearances for the Sierra Leone full national team, including a World Cup qualifier in 2013.