Vote for your favorite goals of the 2018 season 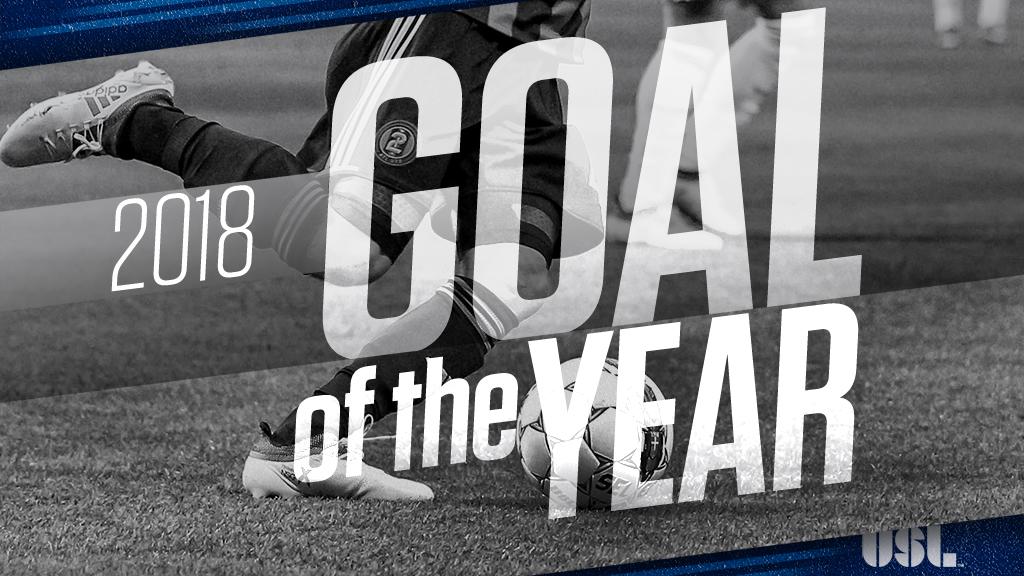 TAMPA, Fla. – The 2018 USL season saw 1,655 goals scored across the regular season and playoffs – including a bevy of spectacular finishes from some of the league’s top players – but now the time has come for you to decide which one was the best of all.

Voting for the 2018 USL Fans’ Choice Goal of the Year competition opens Monday with 12 strikes vying for the top prize in a knockout format that will be decided entirely by a fan vote on USLChampionship.com. The opening two rounds of voting will trim the field to three, before a fourth semifinalist will be chosen from the nine losing strikes in "The Rebound" vote.

Nine of the entrants earned their way into the Goal of the Year bracket by being named Fans' Choice Goal of the Month/Goal of the Playoffs winners while two of the remaining three slots were filled by Goal of the Month contenders that garnered high percentage of the vote despite ultimately falling short of the number one spot.

Now it’s your turn to narrow the field even further in the first round of voting for the USL Fans’ Choice Goal of the Year award.

Voting will continue through 12 p.m. ET on Monday, December 3.

Jesus Enriquez (RGV) - #FRSvRGV, 5/9/18: Enriquez produced a dazzling finish from the top-left corner of the penalty area that gave the goalkeeper little chance as it curled into the top-right corner of the net when the Toros earned 2-2 draw in Fresno.

Lagos Kunga (ATL) #CLTvATL, 3/31/18: Kunga’s first professional goal saw the former U.S. U-20 international weave down the goal line past two defenders before producing a tight-angle finish at the near post.