The Miami FC vs. Pittsburgh Riverhounds Match to be Replayed on Oct. 27, Starting from 67th Minute 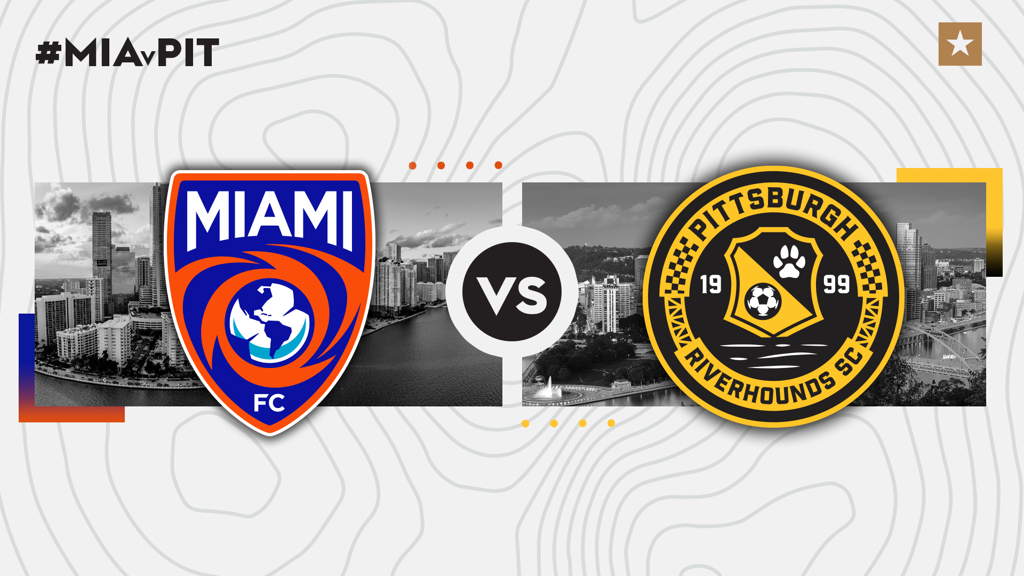 TAMPA, Fla. – The USL Championship today announced the October 16 match between The Miami FC and Pittsburgh Riverhounds SC will be replayed from the 67th minute with Pittsburgh holding a 1-0 lead. The partial match will be played on Wednesday, October 27 at 7:00 p.m. on ESPN+.

Upon review of the Oct. 16 match, the Professional Referees Organization (PRO) determined that an officiating error and misapplication of the FIFA Laws of the Game occurred in the 66th minute. A goal was initially and correctly awarded to Pittsburgh because a Miami player played the ball into his own net during the run of play. After conferring on the field, the match officials erroneously disallowed the goal and awarded a corner kick to Pittsburgh.

Independent investigations by PRO and the USL found no evidence of match fixing or impropriety.

“In this instance, the match officials applied a law that unequivocally did not match the events on the field, and the ruling on the field exceeded the reasonable degree of human error that is inherently part of the game,” said USL President Jake Edwards. “This extraordinarily rare circumstance necessitated the decision to ask two of our Clubs to replay the remainder of a match with the score at 1-0. In consultation with PRO and IFAB, we have taken this action to protect the integrity of the League, our competition, and the sport of soccer. We thank The Miami FC and Pittsburgh Riverhounds SC for their understanding and commitment to the integrity of our competition.”