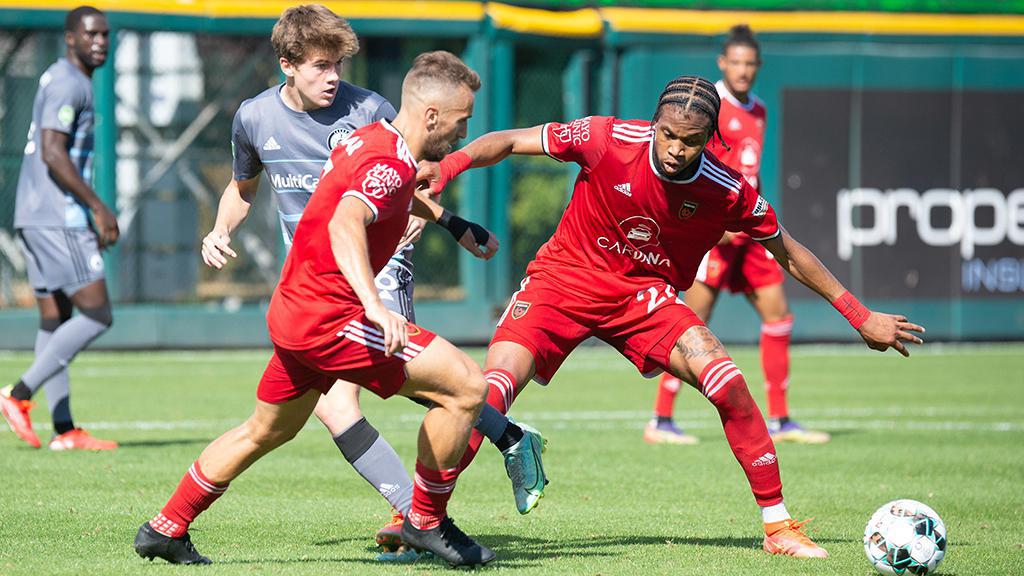 TACOMA, Wash. – Tacoma Defiance will play host to Phoenix Rising FC on Saturday night at Cheney Stadium with the visitors in sight of clinching the USL Championship’s Pacific Division title against a Tacoma side that is looking to put the brakes on its downward turn in recent form. Kickoff is scheduled for 10 p.m. ET.

@TacDefiance (8-9-6, 31pts) slipped out of the playoff places in the Pacific Division on Wednesday night as it suffered a late 1-0 defeat to Sacramento Republic FC at Cheney Stadium. The loss was the Defiance’s fourth in a row, which saw Oakland Roots SC pass them for fourth place in the standings, but Tacoma is still in the middle of the playoff battle with a game in hand on Oakland as reaches the three-quarter point of its season on Saturday night. To do so, the side will need to start making inroads in attack once again, having scored only twice in its last four games while being held scoreless in its last two as the production from players like forward Samuel Adeniran, who leads the side with six goals, and attacking midfielder Ray Serrano, who sits tied for ninth in the league with six assists, having faltered recently.

That will be a challenge against @PHXRisingFC (16-3-5, 53pts) that is one win from clinching a fifth consecutive trip to the postseason and could claim the Pacific Division title on Saturday night. Phoenix ran its current winning streak to five games last Saturday with a 2-1 victory against Orange County SC that saw Darren Mattocks score a late winner despite the side being down to 10 men after Tate Schmitt was sent off for his second yellow card late in the first half. Spanish forward Santi Moar also found the net for his fifth consecutive game with a goal, while Aodhan Quinn provided the assist for Mattocks for his sixth helper in the past five games. Quinn’s five-game assist streak is the second-longest in the Championship’s history, two behind former LA Galaxy II standout Raul Mendiola’s run of seven games in a row in 2015, and the visitors will be hoping to claim another win as they continue to pursue the best record in the Championship.