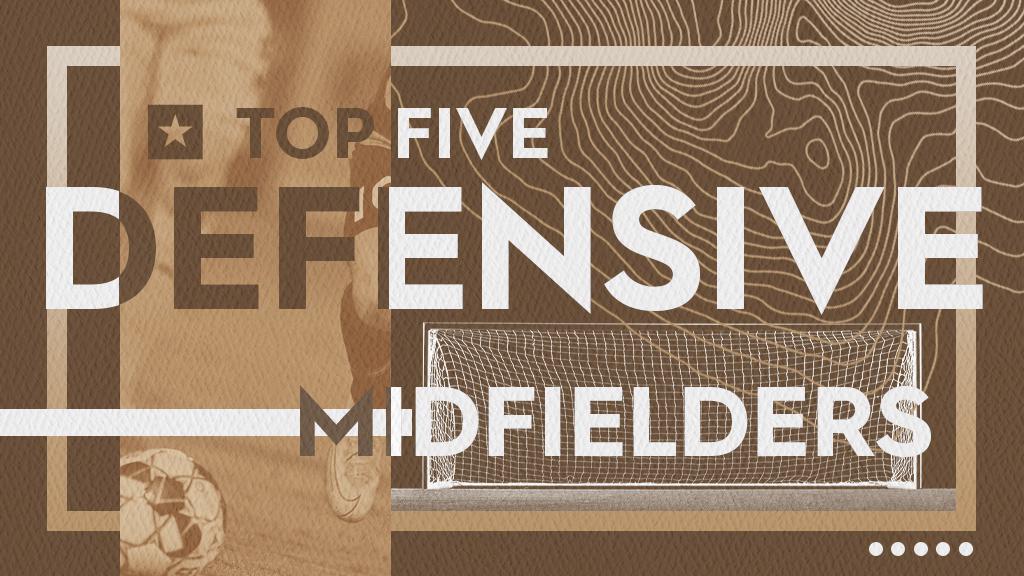 It’s a well-worn concept that soccer contests are won and lost in midfield. Having the strategy and players to establish the tempo of the game, and the ability to stifle your opposition’s plans, certainly has a major say in the outcome on a regular basis in the Championship year-in and year-out.

Whether it’s finding a holding midfielder that can help shield your defensive line from pressure, or a box-to-box player with the motor  to not only break up opposing attacks but then spring forward to support at the other end of the field, there are some top-quality players that serve as the engine room for their clubs.

Here are five of the best currently in the Championship, and another five who enter the new season either looking to restore their reputations, or who could be next in line to join the top table of the best central midfielders in the league.

You should – if you’re a regular reader – know by now the biggest selling point on Wal Fall’s resume. What’s as impressive is the way the German midfielder goes about his work in the middle of the field, both as a strong ball-winner and retriever and then as a distributor when he gets the ball at his feet.

There’s a positive energy Fall brings that shows in his numbers. Over the past three seasons, he’s won more duels than any midfielder in the Championship (460) at a 58.2 percent success rate. His 6-foot-3 frame covers ground well to put pressure on opponents, and the visible competitiveness he displays – which can get under the skin of opposition – makes him a pest to play against.

As good as Fall is at winning the ball, he’s just as reliable in possession. Fall sports an 82.2 passing accuracy rate on more than 2,200 completed passes in 66 games and a 70.6 passing accuracy rate on passes into the final third of the field. Being able to pick the right pass at the right time, as well as chip in timely goals consistently with 17 in the past three years, and you’ll understand why Fall might be the most important cog in Oakland’s framework for its inaugural Championship season.

You’ve probably heard some of the great stories of late-bloomers in professional soccer, and Kenardo Forbes’ ascent to becoming one of the most respected central midfielders in the Championship as he entered his 30s certainly should count among them. It’s easy to forget that before he arrived to join the Rochester Rhinos in 2015, the midfielder was competing in both the indoor and outdoor game, shuttling between his native Jamaica and upstate New York to play for the Syracuse Silver Knights.

Now, however, Forbes has taken the mantle as the Championship’s all-time leader in assists while leading Pittsburgh Riverhounds SC to three consecutive postseason appearances for the first time in the club’s history. Forbes’ ability to read the game has made him prolific in earning possession for the Hounds – in the past three seasons, no midfielder has recorded more recoveries than his 682, an average of 8.6 per game – while he also ranks third among midfielders in passes completed (3,522) with an accuracy rate of 81.9 percent.

Setting the tempo for the Hounds, Forbes is now a four-time Championship All-League selection, earning back-to-back First Team honors the past two campaigns. While his story might not quite be on the level of Leicester City’s Jamie Vardy, becoming a standard by which others are judged is a pretty good one by any measure.

Of the midfielders we’ve selected here, Kevon Lambert might be the purest defensive midfielder of the group. The Jamaican international has certainly built an impressive resume both individually and as part of Phoenix Rising FC’s ascent to becoming one of the Championship’s favorites each preseason, with his ability to cover ground and snuff out attacks before they begin central to the silverware the club has earned over the past three years.

Among midfielders to have recorded at least 75 tackles in the past three seasons, Lambert’s success rate of 74.5 percent is the highest. He also ranks third in total tackles won (117), while sitting third in duels won (454) and 11th in recoveries (412). On top of that, you can make a persuasive argument that Lambert’s presence in the middle of the field helped Rising FC’s defense overall. In almost half of Phoenix’s games a season ago, he helped limit opposing sides to fewer than 100 passes into Rising FC’s attacking third.

Lambert’s game is such that it’s unlikely he’ll get nominated for season-ending accolades regularly. He’s notched only six goals and seven assists in four seasons, although his ability to join the attack has appeared from time to time. This could be a big year for him, though, with the potential of competing for the third time at the Concacaf Gold Cup for Jamaica providing extra visibility for what Lambert can bring to a side to make it successful.

Simply going off the 2020 season, it would be difficult to include Chris Lema in this list, but given the nature of the campaign and the underlying numbers the former New York Red Bulls II midfielder has put up in his short career, we believe he’s going to look worthy of inclusion in this list as his first season with San Antonio FC develops.

After all, it’s not so long ago that Lema was pulling in impressive accolades, named to the Championship’s 2019 All-League Team after an outstanding second season in the pro ranks. Lema has notched six goals and 13 assists overall in his career so far and ranks third among midfielders in the Championship with 163 Key Passes over his first three seasons. You could also make a good argument that Lema’s assists totals should be higher – say, more in line with the 23 assists Aodhan Quinn has racked up off 167 Chances Created – and according to American Soccer Analysis’ data, no-one has gotten less bang for his service with Lema’s Expected Assists mark outstripping his Assists numbers by -2.92 over the three seasons.

That should give SAFC fans plenty of optimism that bigger attacking numbers could be ahead for one of the club’s new arrivals in addition to his steadily improving defensive game. 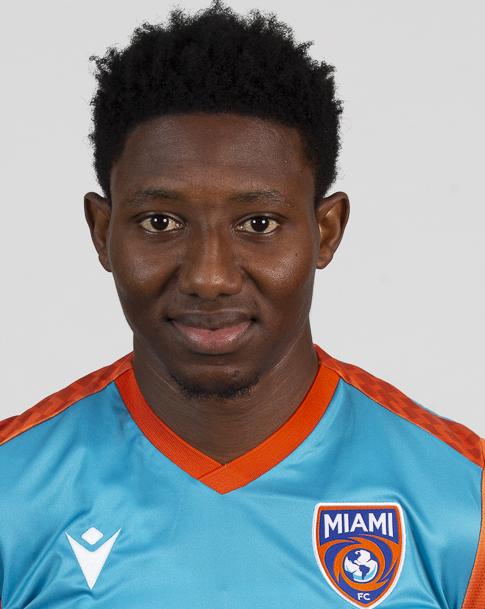 Where Speedy Williams has played, success has typically followed, but the three-time USL Championship Final winner hasn’t always had the biggest spotlight despite consistently strong two-way performances over the past half-decade. That certainly changed in the 2020 season, when Williams earned his first Championship All-League First Team selection as one of the major catalysts for Louisville City FC’s success.

The Jamaican international found another level of productivity, certainly. Only Indy Eleven’s Neveal Hackshaw recorded more recoveries than Williams’ 141 among outfield players during the regular season, while Williams recorded more completed passes than any other player in the Championship with 831, at an accuracy rate of 86.4 percent. The aggressiveness Williams played with showed off in other ways, too, as he finished tied for third among midfielders with 15 possession wins in the attacking third of the field.

Having earned Williams’ signature this offseason, Miami FC will be hoping for the same high levels of performance from both Williams and Bolu Akinyode, transferred from Birmingham Legion FC. With the potential to feature for both club and country at the 2021 Concacaf Gold Cup, though, it could be a very rewarding year ahead for Williams’ career.

Fatai Alashe, Sacramento Republic FC – A new season brings a new path for Fatai Alashe, who will be hoping his arrival at Sacramento Republic FC gives him a chance to reassert himself as a strong central midfield presence. The 27-year-old isn’t the only likely new face in Republic FC’s midfield – Sacramento also snapped up fellow former San Jose Earthquakes player Luis Felipe Fernandes as well – but the quality that saw Alashe once called up to the U.S. Men’s National Team’s January camp could be a gamechanger after struggling for playing time the past two seasons in Major League Soccer.

Jack Blake, San Diego Loyal SC – After the exhilaration of claiming the Championship Final in 2019 with Real Monarchs SLC, nothing quite seemed to go Jack Blake’s way last season. There’s no question of the quality the Englishman can bring to a midfield, however, and that means arrival at San Diego Loyal SC was one of the biggest in-league moves of the offseason. If Blake can return to his typical self, it could be a major boost to SD Loyal’s aspirations in Year 2.

Jordan Doherty, Tampa Bay Rowdies – There’s plenty of quality set to return to the lineup for the defending Eastern Conference Title holders in 2021, but Jordan Doherty’s progression appears likely to be one of the key points to the club sustaining its success. The 20-year-old made impressive forward strides in his second year with Tampa Bay, appearing in all 16 regular season games and starting all three postseason contests. If Doherty has found another level this offseason, there could be even bigger things in store.

Wan Kuzain, Rio Grande Valley FC – As it began a new era with full control of technical matters, Rio Grande Valley FC has looked to reintroduce itself to the region it calls home with signings that could catch the eye of local fans. Maybe the biggest of those so far is the addition of former Sporting Kansas City Homegrown Player Wan Kuzain, who has more than proved his worth in the Championship in recent years. The 22-year-old’s smooth ability on the ball and at set pieces should be a major asset for the Toros this year.

Lebo Moloto, FC Tulsa – After notching 12 goals and 15 assists in his previous two seasons, you could look at Lebo Moloto’s first season at FC Tulsa as a little underwhelming numerically with only one goal and one assist to show for his 15 appearances. If the South African veteran can bump those numbers up, which could push him into the top five in assists in the Championship all-time in the process, then FC Tulsa could find even greater success in the second year of their new regime.