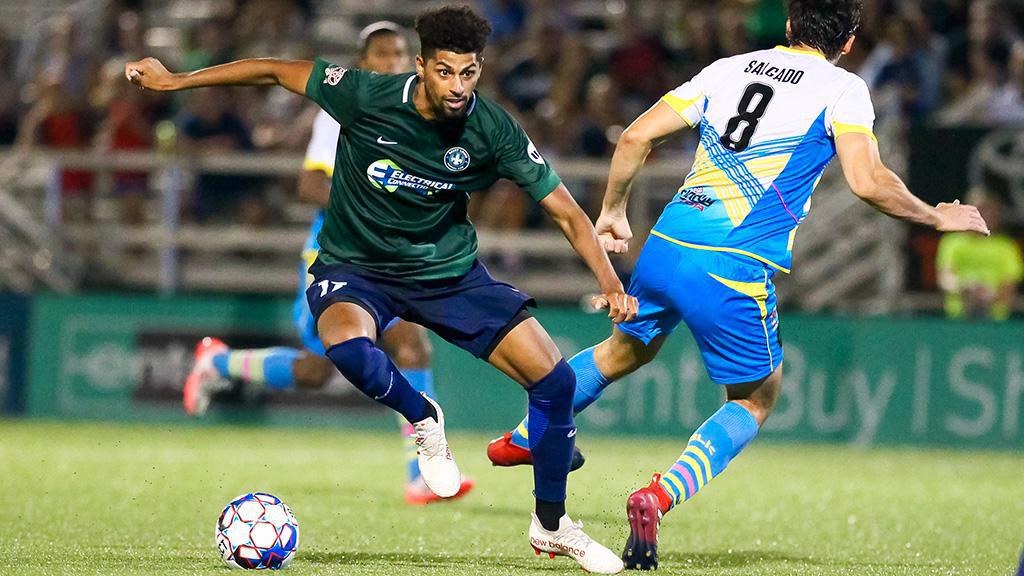 Midfielder Wal Fall returns to Saint Louis FC for the 2020 looking to continue his personal streak of reaching the USL Championship Playoffs in every season he's been in the league. | Photo courtesy Mark Guthrel / Saint Louis FC

If there’s one thing that you’ve been able to take to the bank since he arrived in the USL Championship four seasons ago about Wal Fall, it’s this.

He arrived at an already strong Rochester Rhinos side in 2016 and helped that side to two more postseason appearances. He even almost scored a memorable game-winning goal against the eventual title-winner New York Red Bulls II in the Eastern Conference Semifinals of the 2016 USL Championship Playoffs, an unforgettable contest that saw New York stave off defeat in the final minute of extra time before winning in a penalty shootout.

In 2018, he headed to Saint Louis FC – a club which at that point had not reached the postseason in its history. Injuries limited him to making appearances in only two-thirds of STLFC’s games, but he was part of 10 of their 14 victories that season, and in the 22 games he played Saint Louis conceded only 18 goals.

This year, he headed north to Ottawa Fury FC, another side that had struggled to reach the playoffs since joining the USL Championship. With 10 goals and three assists, Fall helped the side deliver a postseason berth.

Now he’s back with Saint Louis, where the side that showed such promise in reaching the Quarterfinals of the 2019 Lamar Hunt U.S. Open Cup only to fall short in the league and miss out on the postseason again is hoping Fall’s presence can provide more consistency in the center of midfield.

Because, at his best, Fall can be one of the best box-to-box midfielders in the Championship. He’s scored 26 goals in 103 regular-season games, and in the games he’s appeared in his sides have posted a 0.86 goals-against average. This isn’t down to one man, of course, but Fall finds ways to make the teams he’s on better. His personal regular season record of 46 wins, 26 losses and 31 draws are testament to that.

“We’re delighted to welcome Wal back to the club,” said STLFC Head Coach Anthony Pulis in the club’s statement announcing his arrival. “He had a huge impact for us in 2018 and we look forward to more of the same in 2020. His composure in possession, technical ability and creativity will add a different dimension to us this year. He’s a winner, a fierce competitor and I’m really looking forward to working with him again.”

Those words, “fierce competitor”, might be the best way to describe Fall. You can probably do a survey of players in the Championship, and it wouldn’t be a surprise if Fall’s name came up among the players you least like to take on. It’s not just the way he plays, it’s the snarl of his chatter on the field as well that can get under opposition’s skin and make them lose focus that can prove particularly effective.

The best example you might remember of this came back in 2017. Rochester went into FC Cincinnati and were abrasive, so abrasive that Fall took a hard foul from Djiby Fall that saw the FCC striker sent off for his second yellow card late in the first half. Wal Fall himself scored twice that day, both from the penalty spot, once after he himself was brought down in the box. The boos rained down as the Rhinos left the field 3-2 winners as Fall put his hands to his ears to take in the sound. 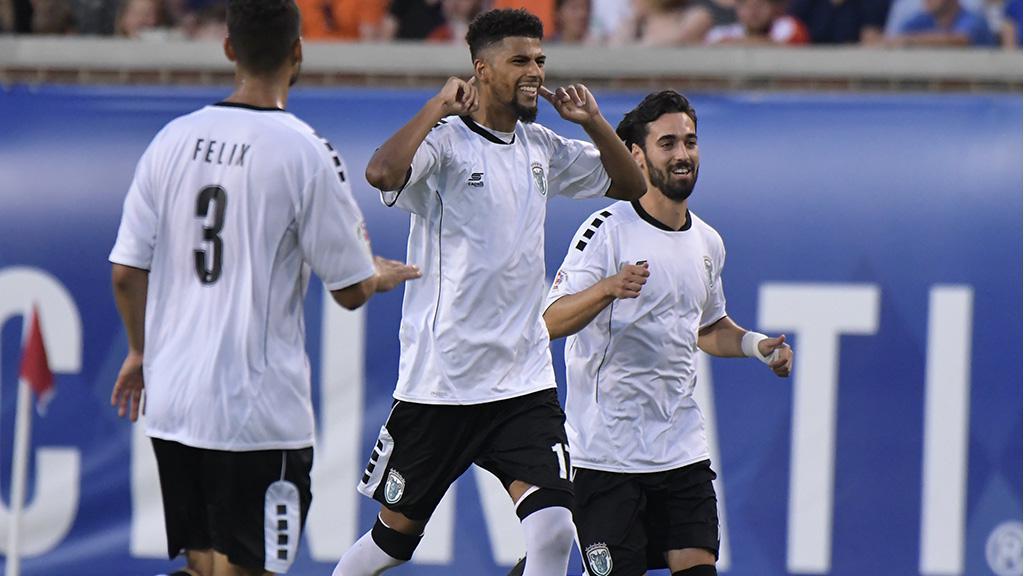 Wal Fall listens for the crowd during the Rochester Rhinos' 3-2 victory against FC Cincinnati in 2017, a game in which he recorded a pair of goals to lead the visitors to victory. | Photo courtesy Erik Schelkun / FC Cincinnati

It might not be everyone’s cup of tea, but for a side that is looking to play attractive soccer with a little bit of an edge, Fall is an ideal fit.

“I’m really excited to rejoin this fantastic club with fantastic fans, especially the St. Louligans” he said in the club’s statement. “I have missed you since the day I did not re-sign, but now I’m back to make more history together with our new team. We need every supporter at every home game to give us the confidence and trust to do something special together again. I wish everybody a Happy Christmas and Happy New Year and I will see you soon in St. Louis!”

As Saint Louis looks to break into the Eastern Conference’s upper echelon, Fall’s past says he’s a man you need to succeed in this league.

And history says STLFC is going to be a playoff team again in 2020.