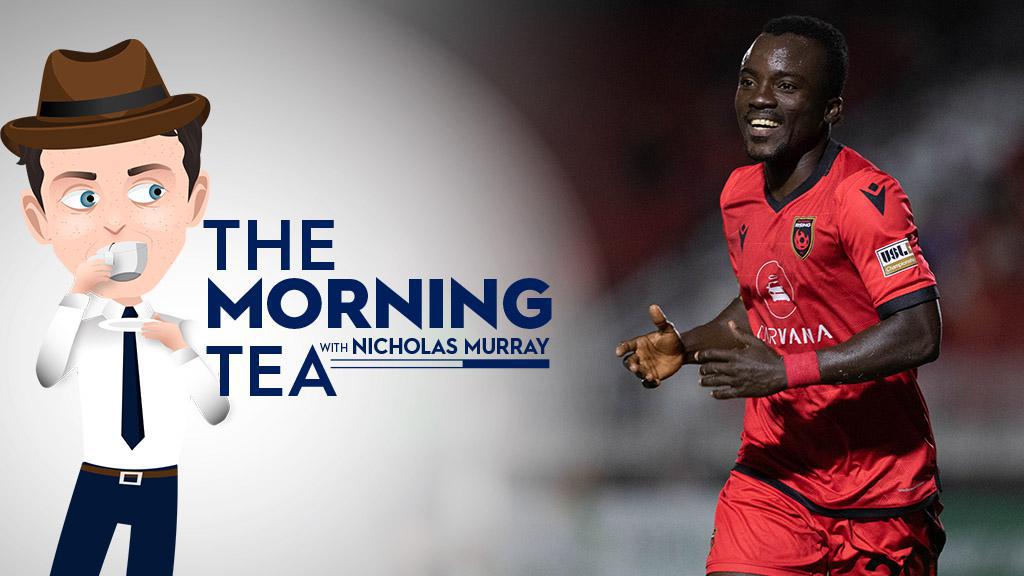 The 2020 USL Championship Final is getting closer, so it’s time to start looking at the key storylines. One of the biggest? That’s the matchup between the most prolific attack in the league and one of the stingiest. Here’s your Morning Tea for Thursday.

Of all the potential matchups in Sunday’s Championship Final, the one between the Tampa Bay Rowdies’ defense and Phoenix Rising FC’s attack has looked the most intriguing.

Wednesday announcement of the Championship’s All-League honorees only solidified that feeling further.

It’s an intriguing battle, especially the potential matchup of Lasso, who has now earned All-League First Team honors for a fourth consecutive season, and Dadashov, whose physical presence leading Rising FC’s line saw him record 11 goals in his first season with the club.

We may have to wait and see whether Scarlett is able to go after his early exit against Louisville City FC last Saturday night, but seeing how the Rowdies try to solve the challenge of containing Solomon Asante – now a two-time All-League First Team selection – is also going to be fascinating to watch play out.

In the view of Rising FC Head Coach Rick Schantz, however, the club’s front three – including Santi Moar, who now has eight assists this season – has benefited from an overall side that has been able to create good attacking situations from all parts of the field.

“Solo is going to be All-League in this league no matter who he’s playing for,” said Schantz. “Rufat puts in an effort to defend, he puts in an effort to do whatever’s asked of him for the game plan, and then he gets in positions to score, and when he’s blessed with an opportunity he puts it away. To score 11 goals in your first time in the U.S., it just says there’s quality there about him.

“But, as I’ve said, you guys see him, Jon [Bakero], Jose [Aguinaga], Jordan [Schweitzer] behind them, you’ve got Kevon Lambert behind them and a back four that can play penetrating passes, the front three are the beneficiaries statistically of a team that likes to go forward.”

The Rowdies, on the other hand, have been experts at sniffing out those threats and keeping their opponents at bay. Even now, having played two more games than most due to their postseason run, Tampa Bay has still allowed the fewest shots on goal of any team in the Championship (47), an average of only 2.47 per game. 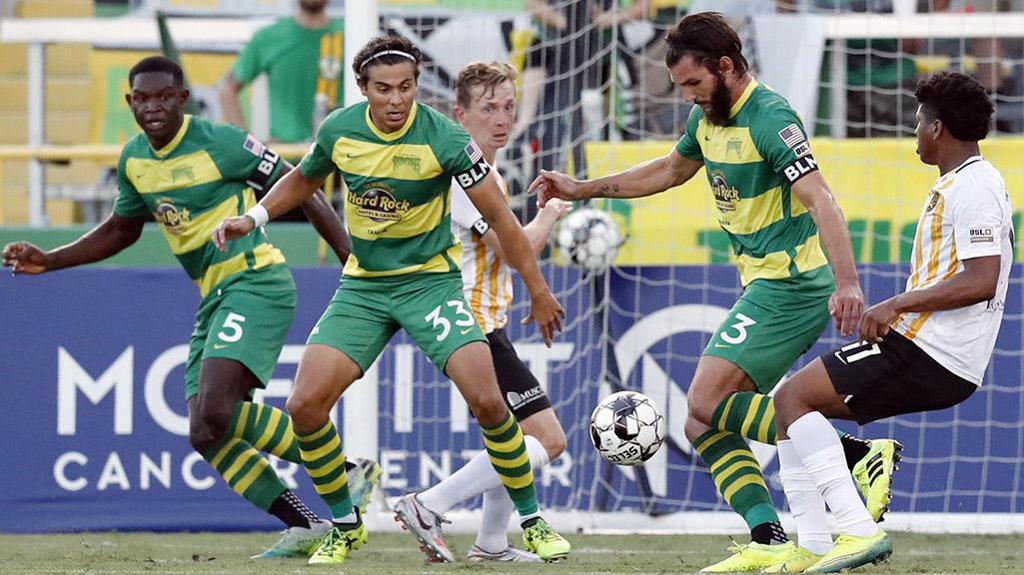 The Tampa Bay Rowdies' defense has been one of the stingiest this season, but it's going to have to withstand the advances of Phoenix Rising FC's attack on Sunday night in the 2020 USL Championship Final. | Photo courtesy Matt May / Tampa Bay Rowdies

How have they managed that? Well, it’s been awfully hard for opposing teams to find a way through. The most touches the Rowdies have allowed in their penalty area in a game this season is 24, and in seven outings they allowed 10 touches or fewer inside the 18-yard-area to their opposition. No team has won more duels (1,009), no team has won more aerials (337) and no team has made more clearances (340) in defending its final third.

For the Rowdies, though, the individual talents that Phoenix possesses is something they’re certainly wary of going into the match.

“I think the thing that sets Phoenix apart from most teams is just their individual quality for moments of brilliance,” said Tampa Bay Head Coach Neill Collins on Tuesday. “Santi Moar, Asante, Dadashov to name just a few, but those particularly. We’ve defended well, but these guys can turn a game on its head in an instant.

“When you’re playing a team like that, that won 20 games in a row last year and have followed it up this year by being one of the top teams in the West, it’s going to be about 100 percent concentration for 100 minutes or however long it takes. That’s the big thing for me, they’ve got real quality in their ranks. Our defenders will need to be showing their quality to keep them quiet.”

And Phoenix, like they have before, will be more than ready to take the game to their hosts.

“If there’s anything, maybe my personality is one that I like to attack offensively and defensively, and I like to go after things and I want to win. I don’t want to sit back and be satisfied, I think that there’s always more to go for,” said Schantz. “As I told the owners, we’re not just going to win trophies, we’re going to do it in an attacking and attractive and aggressive style that I think our fans will be proud of. The players haven’t let me down.”

Ring the bell. The heavyweights are ready to rumble.

Extremely excited and thrilled to be apart of the ownership group bringing professional soccer to my hometown. Thank you @MayorTomHenry and the city of Fort Wayne for the opportunity. Can’t wait to get started with @FortWayneFC @USLLeagueOne pic.twitter.com/xpX37QYT7c

You heard it here first! @TitusONeilWWE said you need to tune in on Sunday!#TogetherRowdies pic.twitter.com/g6ETH5M0Eg

- After the challenges it has received so far against three tough opponents, Phoenix Rising FC is expecting a different type of challenge from the Tampa Bay Rowdies on Sunday night, starting with the tactical differences Tampa Bay brings. The Arizona Republic’s Lorenzino Estrada looked ahead to Sunday’s matchup that will conclude what has been a topsy turvy season in the desert.

- Both goalkeeper Zac Lubin and defender Joey Farrell still carry the memory of falling in the 2018 Championship Final against Louisville City FC with them into Sunday’s game, and are looking to flip the script this time around. CBS 5’s Tresa Tudrick has more on the pair’s motivation to come away with the trophy this time.

- Recent U.S. Women’s National Team selection Sarah Gorden will join play-by-play announcer Mike Watts and color analyst Devon Kerr for Sunday’s broadcast of the Championship Final on ESPN. A key player for the Chicago Red Stars, Gorden wrapped up camp with the USWNT this week in Colorado before heading to Florida to take up sideline reporter duties for the game.

- Louisville City FC led the overall honorees in the Championship’s All-League Team with four selections being named to the First Team. The Louisville Courier-Journal’s Dominique Yates has more on the selections, including first-time honors for Speedy Williams, Sean Totsch and Ben Lundt.

- Reno 1868 FC midfield teammates Kevin Partida and Christiano Francois also earned recognition for leading their side to the best record in the Championship’s regular season. The Reno Journal-Gazette’s Jim Krajewski has the details on the duo’s stellar seasons.