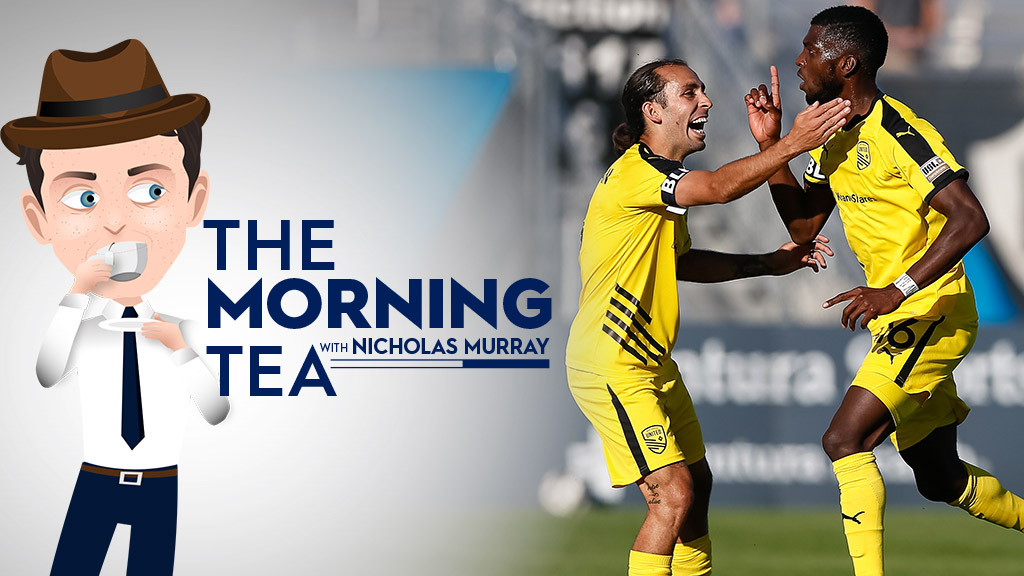 As it stands, there is no team in the USL Championship with a longer road to travel to claim a title than New Mexico United.

The club’s 2-0 victory on Wednesday night against Real Monarchs SLC at Zions Bank Stadium saw it reach the midway point of its abridged 16-game regular season having played every game away from home.

That extended road trip is due to a state order requiring a 14-day quarantine for anyone entering the state, which has made playing games in Albuquerque logistically impossible during the current season for potential visiting clubs. But while that may be the case, New Mexico is rising to the challenge as it sits on top of Group C with 16 points, and five victories out of seven since returning to action in July.

United has done so with the spirit – if not the presence – of its fans at its back. For President and CEO Peter Trevisani, the connection that the club has built with its supporters, and the potential for a release the side brings when its in action, was an important motivation for voting in favor of returning to play.

“I did vote and was a strong advocate for return to play,” Trevisani told Sport Business’ Bob Williams. “I think the coronavirus has been devastating in many ways. But it’s insidious in the fact that not only has it created all this extra stress on us, but it’s also almost taken away all our healthy outlets for dealing with stress.

“So, we have to really rally around the few things that we can do and I believe that if we can provide a sense of relief from the pandemic, then I think that we’re providing a tremendous service. So, I believe that it was an obligation, not just an option, to return to play.”

New Mexico is still hopeful it might be able to host games later in the regular season, or potentially the postseason. Sitting with a five-point lead over second-placed El Paso Locomotive FC in its group, United is looking a very strong proposition to finish on top and earn the right to host a game in the Western Conference Quarterfinals. But Trevisani told Williams he’s not thinking too much about that for now.

“There does seem to be a stabilization in New Mexico and if that trend continues then I think it’s possible that we could have a home game with no fans,” he said. “If that’s the case, fantastic, and if it’s not, our quest for the [USL championship] will just have to all be done all the road.”

That road certainly could be a long haul. But the inspiration the club is producing in its results on the field and the united community behind it could certainly carry Head Coach Troy Lesesne’s side a very long way. It has also maintained the momentum the club has built with fans across the state, and the promise of the United’s future plans bringing brighter days ahead.

“Frankly, they feel even more deeply-rooted than they did before,” said Trevisani of United’s long-term projects, including the aim to bring a Sports and Cultural Center to downtown Albuquerque. “This pandemic will end, and we are going to need things that create a bridge to hope and prosperity…and a team, a stadium, a practice facility can help do that. We are pushing forward to make that stadium a reality and not just that, that it can rejuvenate the area that it’s placed in. We’re not stopping.”

So happy to make my @SanAntonioFC @USLChampionship debut last night. Thank you to my coaches, friends, and family for always supporting me. And more importantly, happy we got the win & shutout! #SAFC #TeamWass pic.twitter.com/8D0NGD5LQE

That's been the focus all week. pic.twitter.com/qVRAj33J2m

- How pleased was Charleston Battery Head Coach Mike Anhaueser with Wednesday night’s victory against North Carolina FC? “I’ll tell you, the guys stepped up and did a fantastic job, beat a very good team tonight,” Anhaeuser told the Charleston Post & Courier. “And we’re taking back the Southern Derby cup and keeping it for one more year.”

- El Paso Locomotive FC Head Coach Mark Lowry was glad to bring in new defender Macauley King from Indy Eleven, not only because of the experience and talent the Englishman brings, but the tactical flexibility it offers him. “I've had it in mind for a while to move [defender] Bryam [Rebellon] to midfield, it was a matter of finding more depth at the position,” Lowry told the El Paso Times’ Bret Bloomquist.

- Louisville City FC is on its first two-game winning streak of the season, and with that has come the confidence the side is ready to make a late-season run to earn a place in the postseason once again.  “We got a little bit of our swagger back for sure,” said Head Coach John Hackworth after the club’s 4-1 victory against Sporting Kansas City II on Wednesday night.

- The Charlotte Independence have added another attacking piece to their squad with Christian Chaney joining the club for the remainder of the 2020 season. Chaney scored 11 goals over two seasons for hometown club Fresno FC in the Championship and is hoping for more at his new home. “With 10 matches left in the season, I am hopeful to earn as many minutes as possible and score any chance I get,” Chaney said.

- Birmingham Legion FC added what looks on paper to be a stellar addition to its back line for the remainder of the season in 2019 United Soccer Coaches All-America selection Josh Bauer. The former University of New Hampshire defender was a captain in his sophomore and junior seasons and was a two-time ECAC Defender of the Year honoree.

- Former U.S. U-20 international Andrew Carleton has begun to live up to the expectations placed on him while on loan with Indy Eleven from Atlanta United FC. The attacking midfielder spoke about that, how he’s grown more mature since arriving at Indy, and also had some things to say about previously reported stories on his prior transgressions while at Atlanta with the MLS Gone Wild podcast.

- Memphis 901 FC midfielder Duane Muckette has had a notable career both at the club level and for the Trinidad and Tobago National Team. The Memphis Commercial Appeal's Corinne Kennedy caught up with the influential midfielder about what he likes to get up to away from the field, including his love of television show “Peaky Blinders”.

- Sacramento Republic FC has partnered with Suncrest Bank and the Sacramento Black Chamber of Commerce to issue a total of $10,500 to five black-owned businesses in the city with cash grants. “The impacts of the pandemic are far reaching,” said Republic President Ben Gumpert. “We can come together with our fans to highlight a few of the many amazing businesses that are dedicated to their customers and their employees even in the most trying of times.”