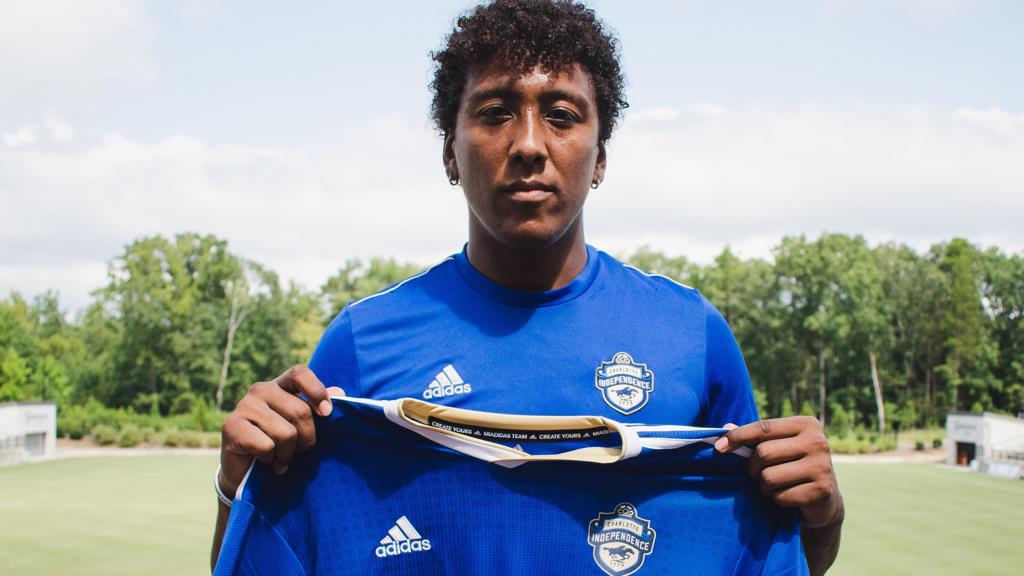 The Charlotte Independence signed forward Christian Chaney with the aim of boosting its attack for the remainder of the 2020 season.

CHARLOTTE, N.C. – The Charlotte Independence announced on Thursday the club had signed forward Christian Chaney for the 2020 season. The 25-year-old joins the Jacks after penning a deal last week.

Chaney will now link up with his new teammates and be available for selection as Mike Jeffries’ squad prepares for its upcoming away clash against Miami FC on Sunday, Aug. 23rd.

“I’m really happy to be here,” Chaney said. “Coming into the team at this point in the season, I want to contribute as much as I can, score goals, and help the team make a playoff run. With 10 matches left in the season, I am hopeful to earn as many minutes as possible and score any chance I get.

“Ultimately, I was brought in to score goals and that’s what I am going to try and do.”

Most recently, Chaney competed for Fresno FC in the USL Championship, where he made 48 appearances for his hometown club in all competitions and tallied 11 goals.

Chaney joined the professional ranks in 2016 when he signed with FC Ararat Yerevan of the Armenian Premier League after playing against them in a friendly match with USL League Two side Fresno Fuego, where he had been a finalist for the League Two MVP award that summer after recording 13 goals in 12 games for the side.

After his stint in Armenia, Chaney returned stateside and signed with Championship club Sacramento Republic FC in August 2016. Chaney appeared in nine matches for Republic FC in 2017, including one start in 259 minutes played.

Prior to turning professional, Chaney he had competed at Fresno City College, Chaney was named to the 2013 NSCAA/Continental Tire Junior College All-American team his sophomore season.