THE MORNING TEA – Tulsa’s Progress Evident On and Off Field 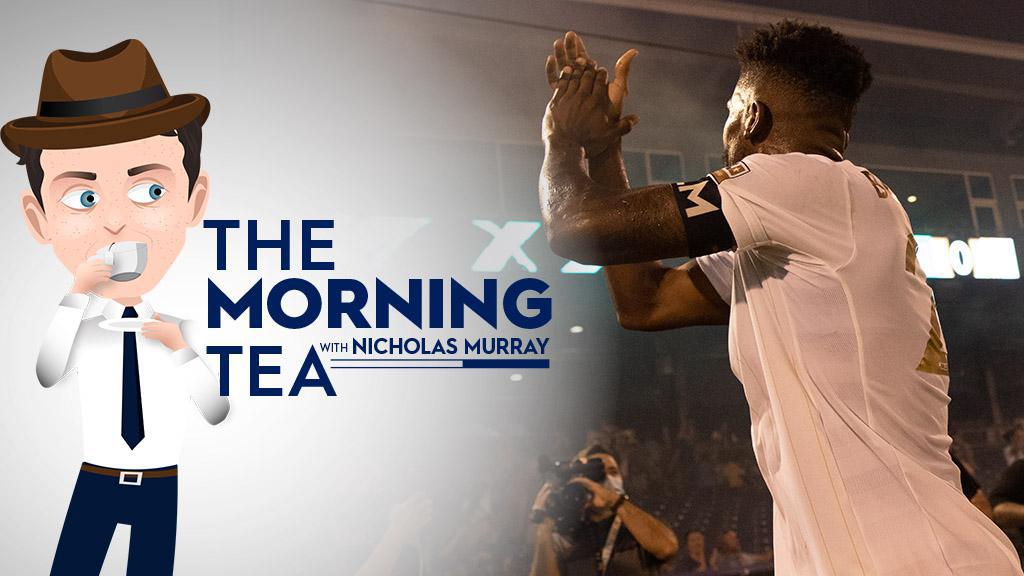 It’s the busiest day of the season so far on Saturday with 15 games slated across the country. Before we look ahead to that action, however, let’s take a look back at an important midweek night for FC Tulsa. Here’s your Morning Tea for Friday.

TULSA, Okla. – There had been reason for optimism in FC Tulsa’s camp prior to Wednesday night. After all, going on the road and getting results at both Sacramento Republic FC and Saint Louis FC – say nothing of in-state rival OKC Energy FC – was an indicator the new-look side with the new ownership, new name and new look was on the right path.

Wednesday night’s home opener against San Antonio FC, however, appeared the biggest test against the most consistent opponent Tulsa had faced so far this season.

With that in mind, a 0-0 draw might not have been the most exciting result to imagine, but the way the game played out showed that Head Coach Michael Nsien’s side is more than capable of playing against the league’s best right now.

“We want to put a product on the field that’s exciting,” said defender Bradley Bourgeois. “[A product] that’s consistent and that they know what they’re going to get out of us. One that consistently works hard from the first minute to the last, and the guys give everything they have on the field. I feel like the guys are showing it, and that’s just what we’re building.”

If the on-field product was solid, the reaction the team received from the fans admitted under social distancing protocols at ONEOK Field was more than they could have hoped for. Officially, attendance for the game was 2,445, but the energy the home side felt playing back at its home field for the first time in 10 months was notable.

“Even though they were spread out, you could still feel the vibes,” said Head Coach Michael Nsien. “We did a good job here tonight in terms of the organization and what it was. It was a spirited crowd, well organized, and I am sure the fans enjoyed the atmosphere, hopefully next time we will be able to give them the three points.”

“We were very excited to get in front of them today,” added goalkeeper Sean Lewis, who notched three saves in his shutout. “Today was just proof that they are going to be there for us, and they were going to affect the game in a positive way. Going forward I think we can use that; we can build off that and we can take three points with any game. We are confident we can beat anyone here. It’s just a matter of doing that and something to be even more enthusiastic about. It’s really exciting to think about.”

There will be more tests to come, including another big game next Wednesday night against an Austin Bold FC side that is currently chasing Tulsa for second place in Group D.

As far as FC Tulsa has come since the takeover of the club by the Craft Family last year, however, Wednesday night was a great view into where the club was headed next.

“I think the fans in this city know that we are now here,” said Bourgeois. “I wouldn’t say we’ve arrived yet, because that takes time, but we’re taking those steps to be in the right place.”

This past June, @ZLubin28 celebrated pride month by donating to @AthleteAlly. Ahead of this week's pride night, Lubin talked about how he's grown into being a more vocal ally and why it's important to him.#RisingTogether | #PRIDE2020 pic.twitter.com/FTv4E9nfQm

He put a ring on it! Congratulations to @CLaurendi23 and his bride-to-be, Ali! pic.twitter.com/7aevy0CGt9

- As it reviewed its loss to Phoenix Rising FC last Saturday night this week, New Mexico United’s players thought they weren’t on the same level as their hosts, but also saw a path to getting there if they could address the elements of the game they control. The Albuquerque Journal’s Geoff Grammar has more on how the team will look to rebound in Colorado Springs.

- Pittsburgh Riverhounds SC squares off with Indy Eleven for the second time this season on Saturday night in one of the marquee games of Week 8. As the Hounds head to Lucas Oil Stadium, the Pittsburgh Tribune-Review’s Greg Macafee writes the side is expecting a different dynamic to the first meeting between the clubs.

-  El Paso Locomotive FC forward Josue Aaron Gomez is a hometown native, but he’s also on loan to the club from FC Juarez, which plays just across the border in Liga MX. The El Paso Times’ Bret Bloomquist spoke with Gomez about the potential, the attraction and some of the inherent advantages Locomotive FC has thanks to its location.

- Memphis 901 FC minority owner and Sporting Director Tim Howard was among the virtual fans for the Memphis Grizzlies final seeding game in the NBA’s season resumption at the ESPN Wide World of Sports Complex on Thursday. Thanks to digital technology, fans have been visible on digital screens set up on the sidelines of the courts at Disney World, with former Grizzlies players Tony Allen and Zach Randolph joining Howard in the virtual stands.

- Thanks to crowdfunding led by the PRFC Fan Show, the areas behind the benches at Phoenix Rising FC’s Casino Arizona Field have been filled with images of patients at the local Phoenix Children’s Hospital, where players were regular visitors to meet the children undergoing treatment at the facility before the COVID-19 pandemic.