The Monarchs Have the Silverware, Now Comes the Tricky Part

Offseason could be one of change for defending champions, as it was for NYRBII three years ago 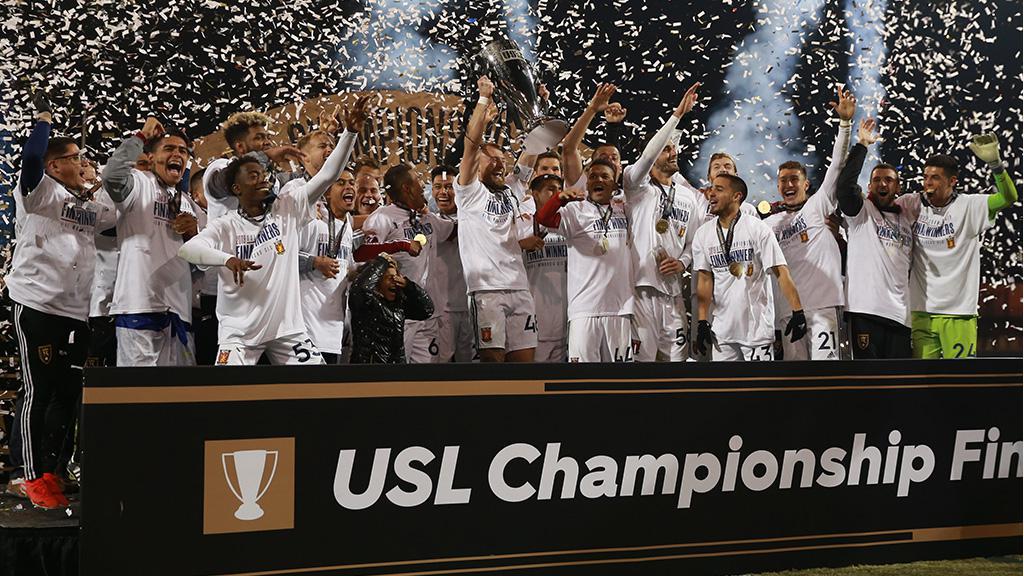 Real Monarchs SLC became the second club operated by an MLS organization to lift the USL Championship Final Trophy this month, but the side that lines up to defend the title could look quite different in 2020. | Photo courtesy Em-Dash Photography / Louisv

Now, a little over a week after the side’s victory against Louisville City FC at Lynn Stadium, the same reality its predecessor in the achievement the New York Red Bulls II faced in 2016 is here.

On Monday, the club announced its first roster moves of the offseason, which will almost certainly result in new faces taking to the field next spring at Zions Bank Stadium.

You can draw a direct line between the situations. Where the Red Bulls II had Aaron Long and Tyler Adams make the move to the club’s MLS squad, the Monarchs have Douglas Martinez and Maikel Chang. There are also the talented youngsters like Noah Powder and Ricardo Avila that will be back with the Monarchs next season, in the same way Florian Valot and Vincent Bezecourt were with New York.

But then, there are also then potential departures, too.

New York’s Zach Carroll was named to the All-League Second Team in 2016, but the following year was looking for a different route to the top-flight with Orlando City B. Homegrown signing and 2016 Championship Rookie of the Year Brandon Allen remained with the side, but after a midseason loan to Minnesota United FC didn’t bear fruit, he was on his way too.

In all, only four players that appeared in the 2016 USL Championship Final for the Red Bulls II were in the starting lineup the following season when the side visited Pittsburgh Riverhounds SC. 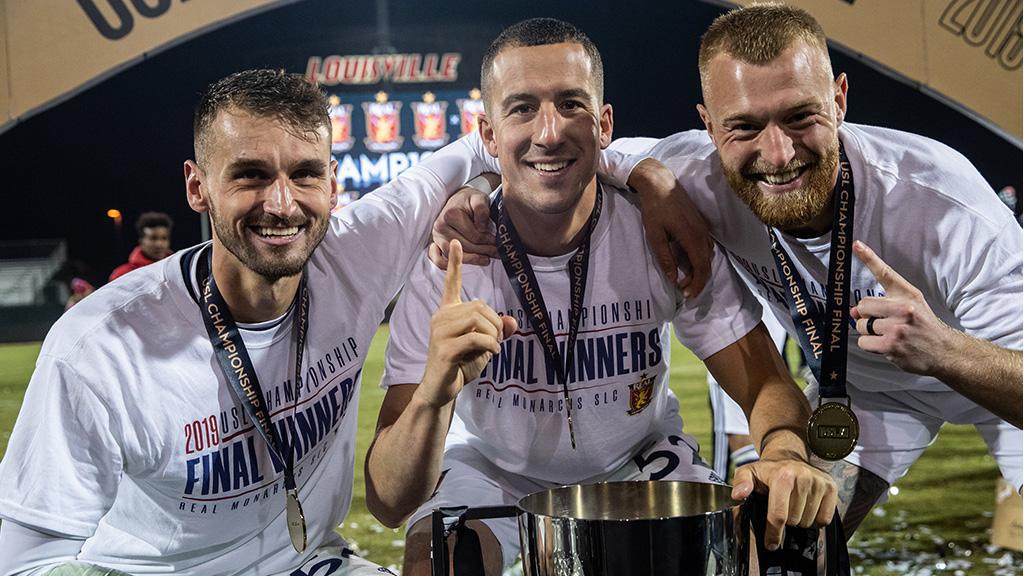 After lifting the USL Championship Final Trophy with the Monarchs this season, Konrad Plewa, Kalen Ryden and Jack Blake are all out of contract this offseason, leaving important decisions to be made. | Photo courtesy Real Monarchs SLC

That could be the case for the Monarchs, too, with players like midfielder Jack Blake and defenders Kalen Ryden and Konrad Plewa – all key pieces in the club’s campaign and postseason run – out of contract.

That’s not to say one, two or all three of those might not return. At 25 years old, Blake would seem a prime candidate to remain and put in a second season of strong work as Chang did and earn a move onto Real Salt Lake’s roster. For the 27-year-old Plewa and 28-year-old Ryden, that road might still be open too, or at least a role with the Monarchs guiding the talented young players coming through the Real system and keeping the side in the middle of the title conversation in 2020.

The Monarchs have certainly been candid about the fact that this is a side that places a premium on winning, not only sending players onto the MLS ranks.

“When it comes to independent clubs, we want to beat them,” Monarchs General Manager Dan Egner told The Athletic’s Jeff Rueter recently. “We want to be where we are this week, and we take that seriously. We take great pride in the fact that we’re the only team that beat Phoenix in Phoenix this year – and we did it twice. For us, the measuring stick is the independent clubs and how our guys stack up to them. In the last few years, we’re right up there with them.”

Egner – in concert with RSL interim General Manager Elliott Fall – has his work cut out for him to ensure that competitiveness remains. The club has made the move of retaining 25-year-old James Moberg, a move that will make him the longest-tenured player in the club’s history while exercising its contract option on Kyle Coffee after his solid first year.

The club also likely has a target list of players it would like to bring in from elsewhere, as it did with Chang and current RSL midfielder Justin Portillo from the Charleston Battery or midfielder Nick Besler, signed to the Monarchs prior to the 2017 season after two seasons with the Portland Timbers 2 and now sitting with 39 MLS appearances under his belt.

What we know, though, is change is inevitable for a club like the Monarchs.

As Louisville has set a standard in one realm for roster building, how Real handles this offseason could set the blueprint for other clubs looking to emulate their success on the field and in player promotion.

It’s one that bears watching, closely.