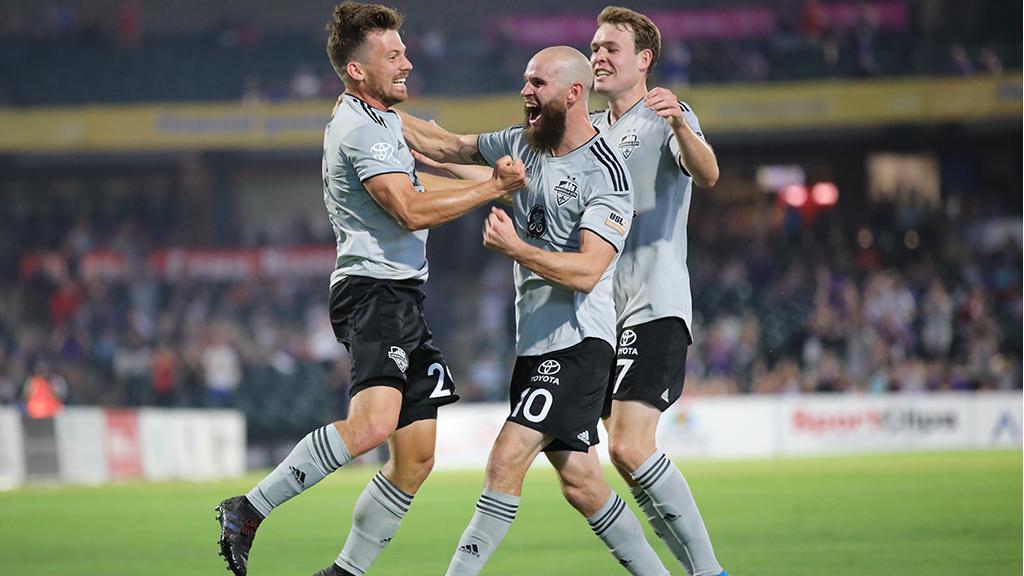 LOUISVILLE, Ky. – Even at the time, it seemed like a new way of doing business in the USL Championship.

After its inaugural season in 2015, Louisville City FC announced that more than half its squad would return for the club’s second year, keeping those that had played a central role in LouCity’s inaugural season like Aodhan Quinn, Tarek Morad and Enrique Montano in the fold for the following year.

Those players may no longer be in the purple of Louisville, but the philosophy the club brought to retaining core talent and building around it with offseason acquisitions has reset the model for how top USL Championship clubs should operate.

On Monday, Louisville announced that at minimum 16 players from this year’s squad, which reached a third consecutive USL Championship Final, would return for the 2020 season as LouCity moves into Lynn Family Stadium, a number that includes 10 of the starters from the club’s clash with Real Monarchs SLC a little over a week ago.

Among them are some of the club’s longest-serving players, including the quintet of Niall McCabe (138), George Davis IV (126), Paolo DelPiccolo (111), Oscar Jimenez (106) and Magnus Rasmussen (100) that have each made a century of league appearances across the regular season and playoffs for the club.

That core, supplemented by bright additions that came to the fore this season like Napo Matsoso and Abdou Thiam and the experience of Speedy Williams and Antoine Hoppenot, means the title-winning mentality that has permeated the club since its founding is set to continue on into the next decade.

“It is important for us to keep our championship culture moving forward, and we believe these players can help us continue our success,” said Louisville Head Coach and Sporting Director John Hackworth in the club’s press release. “We are certainly not done yet, but we wanted to let our supporters know many of their favorite players would be back for next season. We look forward to working with this group to bring home more trophies to Louisville.” 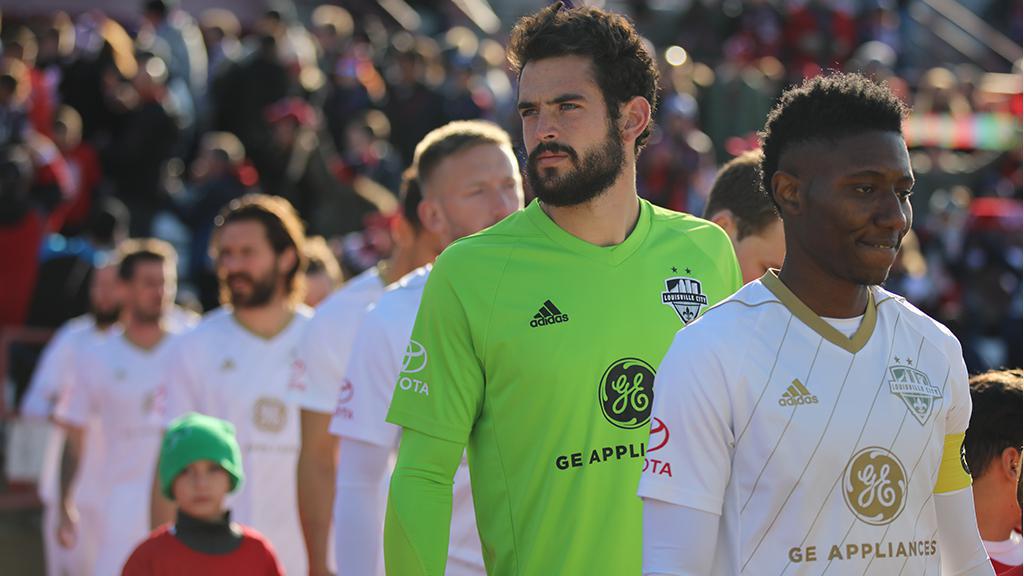 The youngest starter for the side in the 2019 USL Championship Final, goalkeeper Chris Hubbard is among the 16 players set to return to LouCity next season. | Photo courtesy Em-Dash Photography / Louisville City FC

You certainly don’t need to look far to see those that are now aiming to emulate Louisville’s squad-building strategy. Ten players have already been confirmed as returning to Eastern Conference Final foe Indy Eleven, while out west Phoenix Rising FC has at least 12 players returning from its record-setting squad of a season ago, including 2019 Most Valuable Player Solomon Asante.

Even newer clubs like New Mexico United, which will see at least 15 players return from its inaugural season, and Memphis 901 FC, which has retained nine players from its inaugural season, are looking to follow the model that Louisville established four offseasons ago with the goal of ingraining a core philosophy that will lead to sustained success.

But between the reputation that the club has built for itself in championship mentality and the opening of the club’s new 11,700-seat venue next spring, LouCity has clearly become one of the most desirable destinations for potential free agents in the Championship.

As a result, the hunt for a record-setting third Championship title will resume in full force next spring with the core philosophy of the club aiming to add to LouCity’s legend.