U.S. Youth international joined by other young standouts forging path to the top 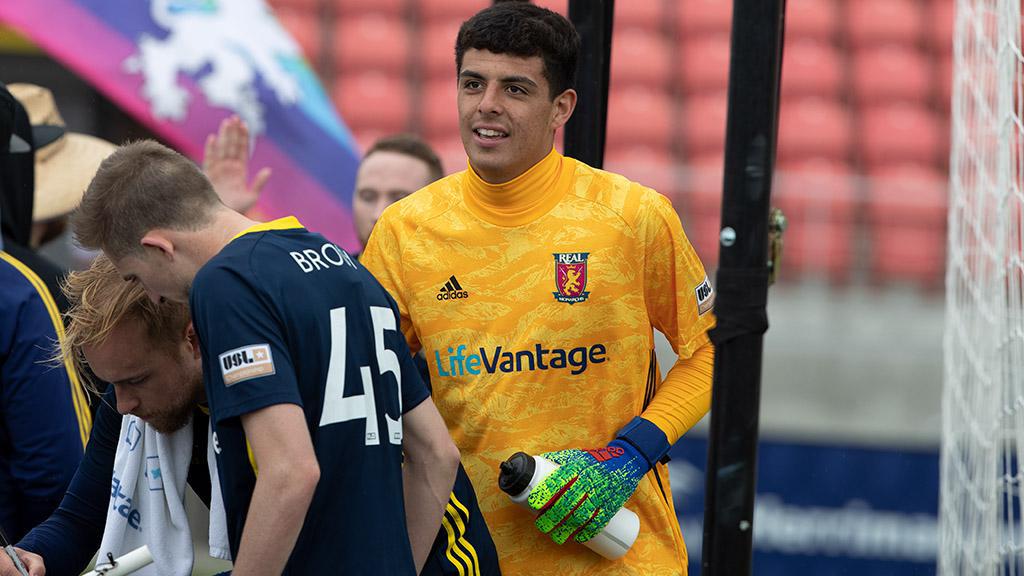 The biggest? The 18-year-old United States Youth international now has his own apartment, having moved out of the residency at Real Salt Lake’s facility in Herriman, Utah that also hosts the Monarchs’ Zions Bank Stadium and into a space where teammate Luis Arriaga is his roommate.

“It’s crazy to think that I have my own apartment now and that I have my own car,” said Ochoa at the MLS All-Star Game festivities recently. “It’s honestly a dream come true, all of the stuff that’s happened to me. It’s a good feeling.”

Some things, though, have stayed the same. At the top of that list is producing performances in the USL Championship and at the recent MLS Homegrown Game that have made Ochoa one of the brightest goalkeeping prospects in the country.

Having made his professional debut last April on the road for the Monarchs against the Tampa Bay Rowdies, the progression Ochoa has made since has been exciting for him to experience.

“It was such a good feeling getting out on the pitch [against the Rowdies], but I can see lots of improvement overall in my game,” he said. “Obviously, making that jump, it’s good to see the progress that you’re making and to see where we were a year ago and where we are now, it’s a really good feeling to see all the improvement I’ve made.”

Ochoa isn’t the only teenager featuring between the sticks in the USL Championship this year. Elsewhere in the Western Conference, Orange County SC’s 17-year-old shot-stopper Aaron Cervantes has made regular appearances for the club in addition to call-ups for the United States U-17 National Team, while this week 17-year-old Abraham Rodriguez signed professional terms with Colorado Springs Switchbacks FC after shining for the club as a USL Academy signing out of the Colorado Rapids’ Academy system.

The opportunity for goalkeepers like Ochoa, Cervantes and Rodriguez and others including Bethlehem Steel FC’s Tomas Romero and Tacoma Defiance’s Trey Muse – who just turned 20 last month – to get professional minutes under their belts at a young age should be a major accelerator for each of their careers.

“You obviously need the minutes to develop, and the club showing trust in you to put you on the field is obviously a confidence booster too,” said Ochoa. “I’m happy for [Cervantes and Rodriguez] that they’re getting minutes too, because goalkeepers need minutes.”

As bright as Ochoa’s prospects may be, goalkeeper remains the hardest position for a young player to break into in Major League Soccer due to its exclusivity and responsibility on the field. All three of the goalkeepers at the MLS Homegrown Game this year have competed in the Championship this season, earning their stripes and waiting for an opportunity to arise.

For Orlando City SC Homegrown goalkeeper Mason Stajduhar, that meant going to an entirely new environment. Despite signing as a Homegrown Player in 2016 after coming through the club’s academy, a serious bout with Ewing sarcoma – a type of bone cancer that required extensive chemotherapy – diagnosed in 2017 meant that the 21-year-old had yet to make his professional debut going into this season.

That first start finally arrived on March 30 when Stajduhar suited up for Tulsa Roughnecks FC against Rio Grande Valley FC, beginning a loan stint with the Oklahoma club that has been a successful one for Stajduhar so far. With 14 appearances and a couple of shutouts under his belt, Stajduhar is back on a path that could eventually lead back to the Lions.

With Orlando’s starting goalkeeper position currently held by veteran Brian Rowe, this offseason will be a chance for Stajduhar to show how far he’s come in the goal he set when he was part of Orlando’s academy to be the main man for the club.

“That’s the ultimate goal to be starting in MLS, and I hope and pray that’s with Orlando, and I’ll do everything in my power to make sure it’s with Orlando,” said Stajduhar. “If it’s not, so be it, but Orlando’s my club and I love this place, so hopefully I’ll be the starter for them.”

Ochoa, on the other hand, could soon be tasked with taking the place of a club legend. With RSL goalkeeper Nick Rimando – who stands as the all-time leader in appearances in Major League Soccer’s history – set to retire at the end of the 2019 season, the door appears open for Ochoa to stake his claim this offseason for RSL’s starting position at the age of just 19 years old.

With the recent progression of former Championship goalkeepers to starting positions in MLS – including Tyler Miller (Tacoma Defiance) at Los Angeles FC and Maxime Crepeau (Ottawa Fury FC) at Vancouver Whitecaps FC – the goal for Ochoa is to follow the same path and establish himself in a similar manner.

“I want to be playing First Team minutes for RSL in MLS, that’s 100 percent the goal,” said Ochoa. “The club’s shown a lot of trust in me and they’re going good in getting me out there and getting me minutes, so I want to take advantage of every minute that I get so I can keep improving and someday make the jump to MLS.”

With the two young standouts potentially set to square off at opposite ends on Saturday night when the Monarchs host the Roughnecks at Zions Banks Stadium, the path for both Ochoa and Stajduhar appears wide open as they make the most of their opportunities in the Championship.