OCSC’s Cervantes Finds Himself in Different, Yet Familiar, Surroundings 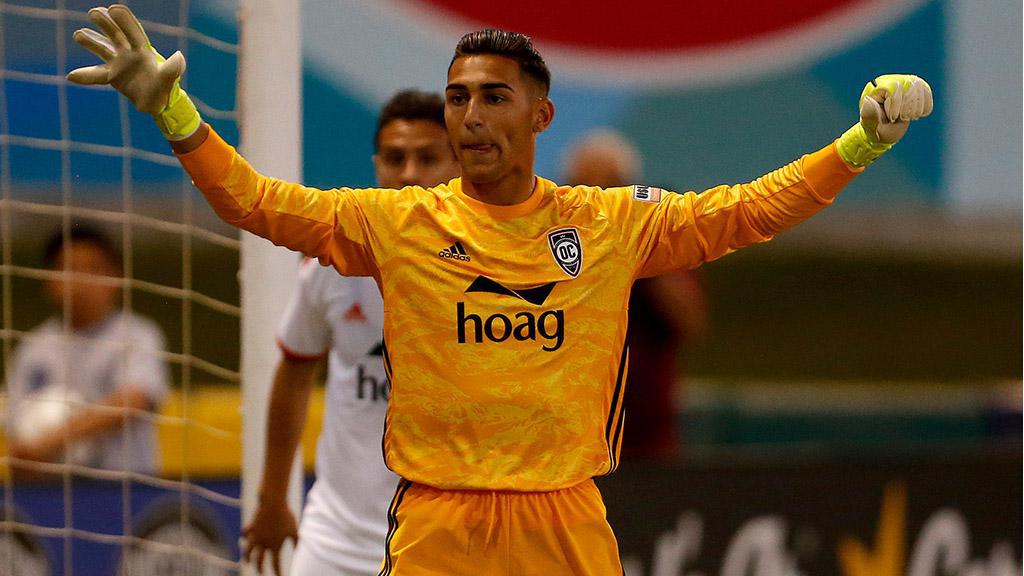 The situation, on the other hand, will be slightly different than he’s become used to this season.

Called up to the United States U-17 National Team camp being held in Los Angeles this weekend, Cervantes will be on the opposing side from his Orange County teammates for the late-morning scrimmage as the USL Championship side plays against U-17 Manager Raphael Wicky’s selection of 28 players vying to be part of the squad for this October’s FIFA U-17 World Cup.

For Cervantes, though, the chance to play a highly experienced squad is going to be ideal preparation for the challenges that could lie ahead later this year as the United States squares off with Senagal, Japan and the Netherlands in the group stage in Brazil.

“The [U-17] squad is trying to prepare for upcoming tournaments and in order to do that we need to be in some difficult and competitive matches,” Cervantes said this week, “so I think it’s great we are playing the club.”

Cervantes is in his second season with Orange County after turning professional as a 15-year-old prior to the start of the 2018 campaign. After watching and learning from the experienced veterans in front of him at the club last year, this season Cervantes has made eight appearances, posting two shutouts and producing saves that have regularly appeared in the Championship Fans’ Choice Save of the Week poll.

With serious competition for a place on the plane to Brazil – led by young Chicago Fire standout Damian Las, also part of the camp this week – Cervantes’ progression this year has put him in with a chance of landing a spot on the team, something Head Coach Braeden Cloutier is proud to have seen.

“Aaron has taken a massive step forward in his development over the past several months,” said Cloutier. “He still has a lot of room to grow, but these opportunities that he has earned to play this season is exactly what any young player needs to improve. Training in a professional environment is one thing, but playing games, and close games at that, with a lot on the line is what boosts confidence and ultimately the trust of the rest of his teammates.”

Despite his youth, Cervantes is now firmly in position as the club’s starter as Orange County looks to earn another trip to the postseason. That brings added pressure to perform for a side that reached the Western Conference Final in last year’s playoffs, but it’s also what could help the 17-year-old take the next big step in his playing career.

“We are very pleased with Aaron’s progress and he has fully earned the No. 1 goalkeeper spot on our team this season,” said OCSC President, Soccer Operations and General Manager Oliver Wyss. “Aaron has flourished in our professional environment and we are looking forward to his continued development here in Orange County and also on the U.S. U17 Men’s National Team, which is in full preparation for the World Cup in Brazil.”

After making history as the youngest signing in Orange County’s history 16 months ago, Cervantes is ready to prove that next step is closer than ever.