Records will fall, reputations will rise and parity will reign in upcoming campaign 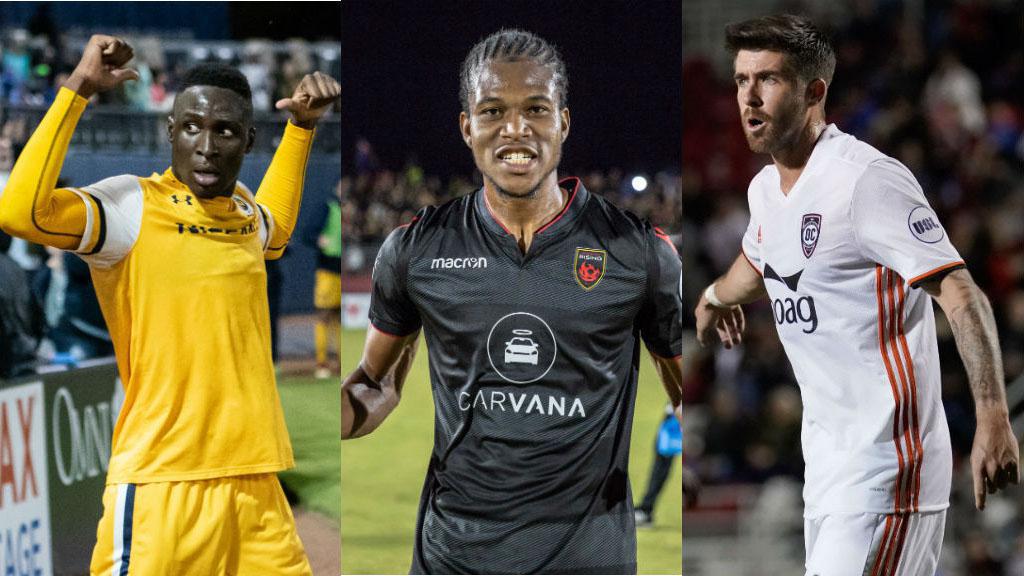 The moment we’ve all been waiting for is almost here.

In just six days, Rio Grande Valley FC and the Tacoma Defiance will kick off the 2019 USL Championship campaign at Cheney Stadium. The following day, 32 more teams will join the fray in a frenetic opening weekend of action across the league.

But before we get to the meaningful matches, I want to take this opportunity to make the most of silly season while it lasts.

Without further ado, let’s get silly.

1. After claiming the Championship’s Golden Boot with a record-setting 25 regular-season goals last season, Cameron Lancaster will stake an early claim for the award in 2019. An opening-day hat trick against Loudoun United FC will raise expectations through the roof for the new Nashville SC forward, who won’t quite reach the lofty benchmark he set for himself – and the rest of the league – last season.

2. Lancaster wasn’t the only player to hit the 20-goal plateau in 2018, as Daniel Rios (North Carolina FC) and Thomas Enevoldsen (Orange County SC) found the back of the net with ease during their debut seasons in the Championship. While moves to new clubs will make it difficult for that trio to repeat the feat in 2019, I can see Adam Jahn (Phoenix Rising FC), Deshorn Brown (OKC Energy FC) and Michael Seaton (Orange County SC) stepping into those shoes as 20+ goal scorers.

3.  If Brown’s going to bag 20 or more goals, then I’ve clearly got Energy FC making a return to the USL Cup Playoffs in 2019. As you may have seen last weekend, I’m already on the record for that as well as Las Vegas Lights FC and the Tampa Bay Rowdies earning postseason berths. To make things more interesting, I’m going to double down on Colorado Springs Switchbacks FC, North Carolina FC and San Antonio FC joining the bounce-back brigade. 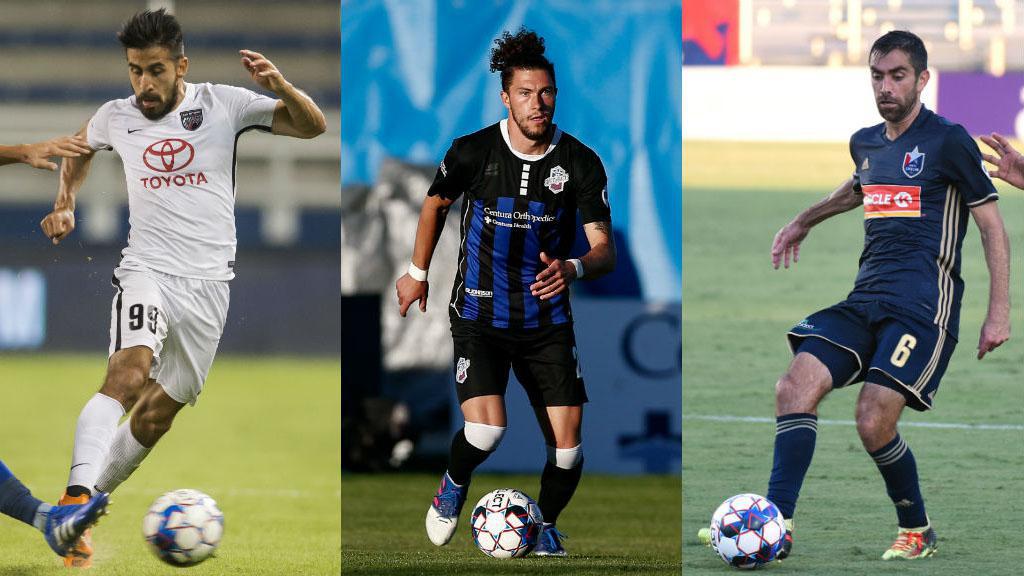 San Antonio FC, Colorado Springs Switchbacks FC and North Carolina FC are looking to get back into the USL Cup Playoffs this season after missing out in 2018.

4. Speaking of North Carolina FC and new Head Coach Dave Sarachan, I believe the former USMNT manager will lead his side to a second straight Southern Derby crown in 2019, just edging out the Charlotte Independence and fellow newcomer on the touchline Jim McGuinness.

5. If you haven’t heard, the Four Corners Cup will be the latest and greatest regional rivalry in the Championship this season with Colorado Springs Switchbacks FC, New Mexico United, Phoenix Rising FC and Real Monarchs SLC debuting the fan-created competition in 2019. After doing the double over USL Cup finalist Rising FC last season, I’m picking the Monarchs to lift the inaugural Four Corners Cup trophy.

6. Earning that honor won’t come easily, especially since I believe that New Mexico will challenge for the USL Cup in its inaugural season. Troy Lesesne’s side is a strong candidate for a top-six finish in the weaker Western Conference and will be the only expansion franchise represented in the postseason come late-October.

7. October should also be the month that Orange County SC playmaker Aodhan Quinn nets his 15th goal of the season, which will see him across the line to become the second player in league history with 15 goals and 15 assists in a single season. (FC Cincinnati’s Emmanuel Ledesma was the first last season.) 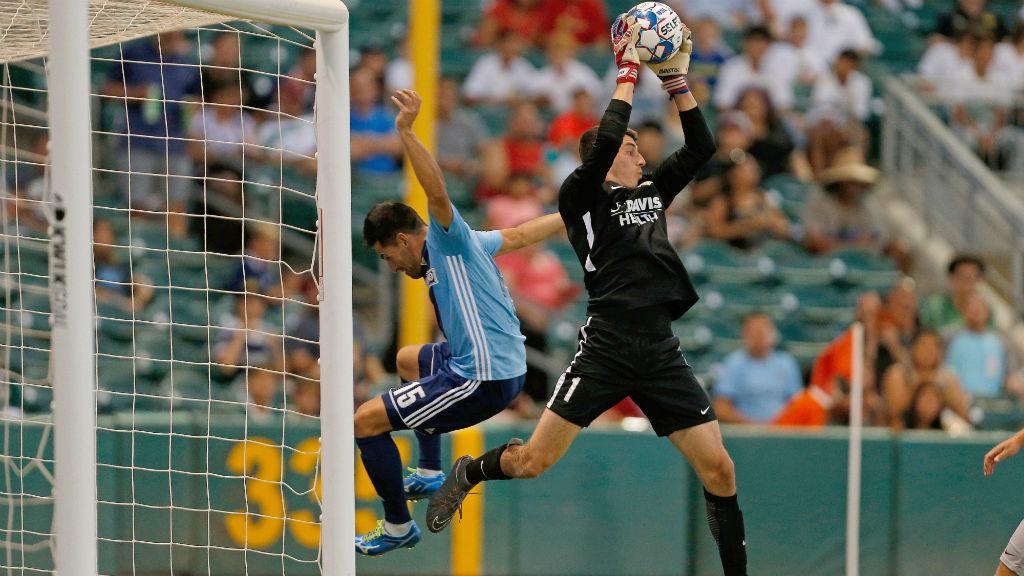 Josh Cohen made 117 saves while playing every minute of the regular season for Sacramento Republic FC in 2018. Photo courtesy Kiel Maddox / Fresno FC

9. Republic FC will certainly be a contender in the Western Conference this year, but I also foresee the club navigating the deepest U.S. Open Cup run of any USL Championship side. After reaching the Round of 16 last year, Sacramento will match Louisville City FC’s 2018 run and advance to the Quarterfinals.

10. If you’ve been following along with my columns, you’ll probably know how I feel about Louisville’s pulling off a USL Cup three-peat in 2019. In short: It’s not happening. That doesn’t mean LouCity won’t be amongst the East’s elite in 2019, but the time has come for a new team to lift the Cup (more on who later).

11. To continue my personal memorandum for change and parity, I decree that there will not be an Eastern Conference Final between the New York Red Bulls II and Louisville City FC in 2019. In fact, the two sides will avoid each other in the postseason altogether for the first time since 2015.

12. Speaking of matchups between familiar foes, Cameron Lancaster will make his return to Slugger Field on July 6, in one of my 10 most-anticipated regular-season matches of 2019. After making a short cameo against his former club in preseason, there’s no doubt in my mind Lancaster finds the back of the net on this occasion in a feisty 2-2 draw. 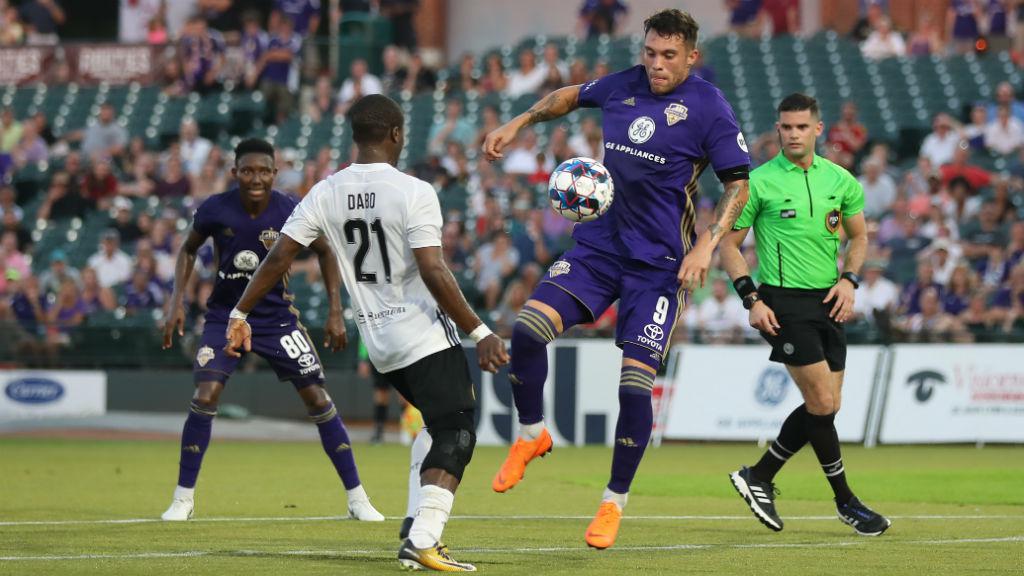 13. That game will be one of the few times Nashville SC concedes multiple goals in the 2019 campaign, as one of the league’s best defensive teams in 2018 has bolstered its back line even further heading into this season. In my mind, Nashville ends the season with the best defensive record in the league, while ATL UTD 2 concedes the most goals of any team.

14. Keeping with statistical selections, I foresee the offseason acquisitions of Dane Kelly, Thomas Enevoldsen and Ilija Ilic propelling Indy Eleven’s attack to the top of the league’s goalscoring chart in 2019. On the opposite end of the spectrum, I think Tulsa Roughnecks FC will struggle to find the back of the net once again this season and finish bottom of the barrel.

15. Goals weren’t too hard to come by during the inaugural edition of the Silver State Cup as Las Vegas Lights FC and Reno 1868 FC combined to score 11 times over three regular-season meetings. After falling to its regional rival in 2018, Eric Wynalda’s Las Vegas Lights FC will get its revenge in 2019 with a convincing victory on the penultimate Saturday of the season at Cashman Field.

16. Lights FC also had the distinguished honor of being the league’s most undisciplined side in 2018, earning 99 yellow cards over the course of the season – including 11 in those three matches against Reno. I expect that number to drop drastically in 2019 under Wynalda’s watch, allowing San Antonio FC to take the crown this coming season.

17. While SAFC will rack up the yellows, I’m singling out Phoenix Rising FC midfielder Kevon Lambert as my choice to earn the first sending off of the new season. The 21-year-old Jamaican earned two red cards last year and is likely to get stuck in on occasion as the team’s midfield enforcer. With Rising FC facing fiery fixtures against San Antonio FC and New Mexico United to start the campaign, I don’t think this is that out of the realm of possibility. 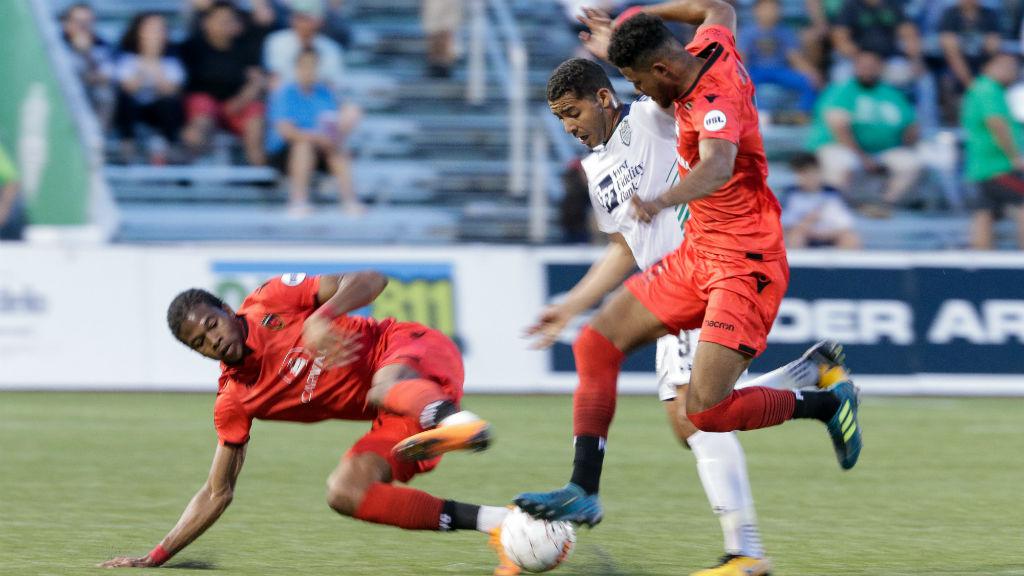 Kevon Lambert is no stranger to getting stuck in as a member of Phoenix Rising FC's midfield. | Photo courtesy Steven Christy / OKC Energy FC

18. After poking some fun at Kevon, I’ll make it up to him with this next prediction: Phoenix Rising FC will not miss a beat after the offseason departures of Didier Drogba, Chris Cortez and company. Head Coach Rick Schantz’s squad is loaded with new additions and primed to make another run at the USL Cup. Before reaching the postseason, however, Rising FC will add the Championship’s regular-season title to its trophy case with a league-leading 72 points.

19. Unfortunately for Rising FC and 34 other teams, they won’t have the honor of lifting the USL Cup in November. That honor will go to Nashville SC, which will break the curse of clubs heading to Major League Soccer failing to claim a championship in the season before their move once and for all.