Round-robin competition set to bring together supporters across the West 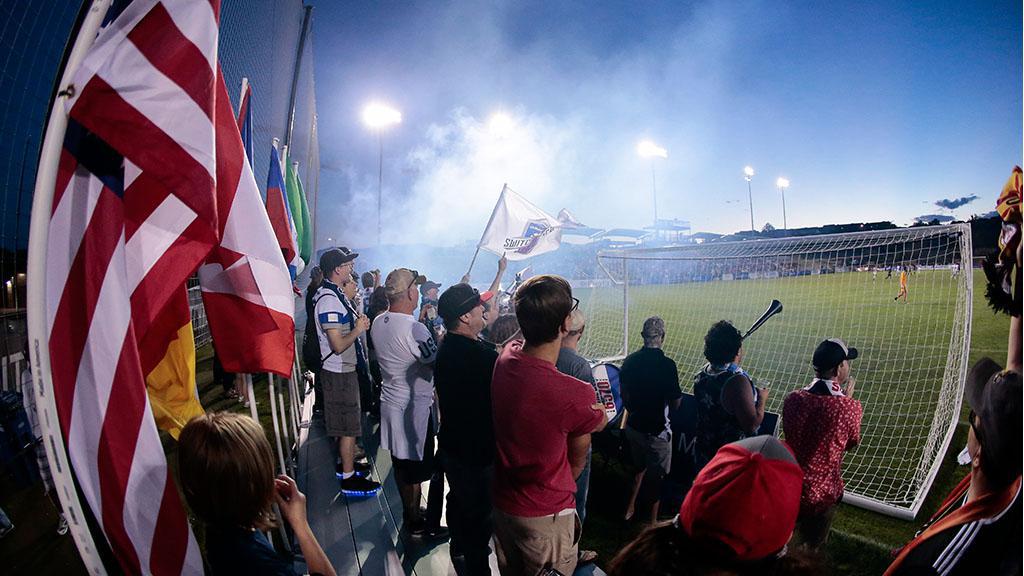 Some rivalries are born on the pitch.

Others, as one might expect in this digital age, are born on the web. And that’s exactly how the Four Corners Cup came to be the USL Championship’s newest fan-created competition.

The dominoes started to fall into place last June when the USL awarded an expansion franchise to New Mexico, ensuring that each state within the Four Corners (Arizona, Colorado, New Mexico and Utah) was equally represented in the 2019 Championship campaign. The announcement also sparked Phoenix Rising FC fan Michael Vanderplas to begin turning his long-standing idea into a reality.

“I knew it was something that we wanted to do when New Mexico came into the league,” said Vanderplas, a leading member of Rising FC supporters’ group, the Red Fury. “We thought it would be a cool idea…so we found all the supporters’ groups from all the different teams, got them together and started discussing a cup competition.”

The conversation, like much of the banter that typically takes place between the groups, happened on Twitter. Vanderplas organized a direct message thread between the Red Fury, Wasatch Legion (Real Monarchs SLC), Trailheads (Colorado Springs Switchbacks FC), Sandianistas and the Curse (both New Mexico United) to discuss ideas and logistics.

The result was a round-robin tournament with a similar format to the Southern Derby, which annually crowns a champion amongst Eastern Conference sides the Charleston Battery, Charlotte Independence and North Carolina FC. In this case, the club that finishes with the best record in its six regular-season matches against its Four Corners Cup rivals will be the winner.

“We love the idea of having an added level of stakes on a handful of matches,” said Nic Osterhout, President of the Wasatch Legion. “A little friendly competition can only be a good thing, really. We’ve always been against forced rivalries so to speak, but we feel like this is more of a friendly competition between groups who just love the game and want to have some extra fun with it.” 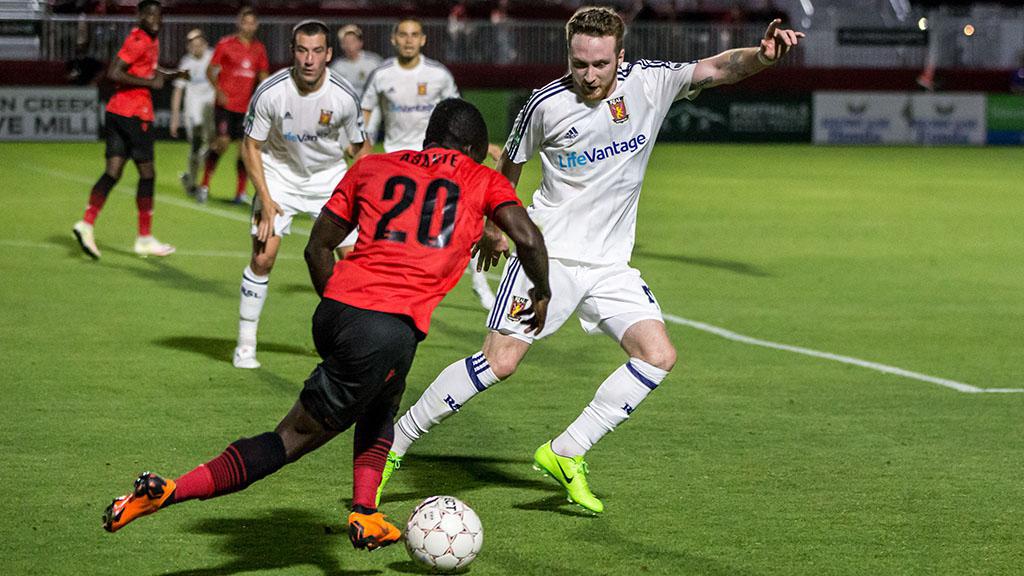 Both Phoenix Rising FC and Real Monarchs SLC finished in the top four in the West a season ago, but this year they'll have a new rivalry trophy to compete for over the regular season. | Photo courtesy Michael Rincon / Phoenix Rising FC

RELATED - ARLIA: Why New Mexico United Can Compete for the 2019 USL Cup

On top of their shared love of soccer, the groups and their respective states share the geographical oddity of the Four Corners Monument – the only place in the U.S. where four states meet. While that oftentimes leads to the joke of being in four states at once, the Four Corners also serve as a celebration of the West.

“To me, we really are the West,” said Jason Smith, Treasurer of the Trailheads. “When you hear terms like The Wild West or The Old West, you don’t think of Los Angeles. You think of dusty town stand-offs, Rocky Mountains, rugged individualism and a spirit of outdoor adventure. I think our four states represent that.”

Fans in each of the four states also showed off their creativity throughout the process, as they not only came up with the idea and format for the competition, but also worked together to design and fund a physical Four Corners Cup. The competition’s inaugural trophy is currently being created in New Mexico by two members of the Curse.

“It’s been a definite community effort,” said Osterhout. “We all went through various trophy ideas, such as a shield-type thing, or a classic cup design. Then it was decided to go more unique with it, which can be seen in the blueprints of the trophy.”

Since the trophy won’t have a permanent home until the end of the 2019 regular season, Carl says the plan is to tour it around each of the four states during the inaugural year of competition. That excursion is scheduled to begin on Saturday, March 16 when New Mexico United hits the road for the first time in franchise history to face Phoenix Rising FC.

“This is obviously fan-supported from the beginning, fan-created, fan-funded 100 percent of the way, so we need to make sure that fans from all five of the supporters’ groups and all four of the teams really get to see it,” said David Carl, Co-President of the Curse.

While bringing around the trophy will help heighten the experience of the Four Corners Cup in its inaugural season, Vanderplas and the others are really just looking forward to getting together, cheering on their sides and enjoying the game they love.

“I’m looking forward to meeting people from other supporters’ groups, building a relationship with them,” said Vanderplas. “I feel great that it came to pass.”