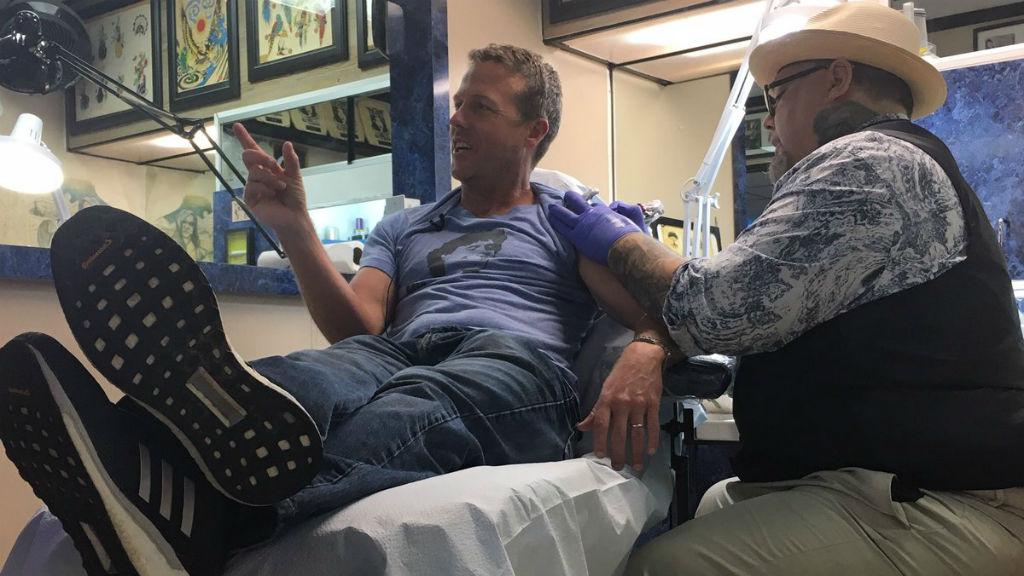 When Louisville City FC kicks off its quest for a USL Cup three-peat against North Carolina FC next Saturday, Head Coach John Hackworth will begin the first of what he hopes will be many full seasons in charge of the defending champions.

But while Hackworth has only been at Louisville since August, the club has already become a major part of who he is. 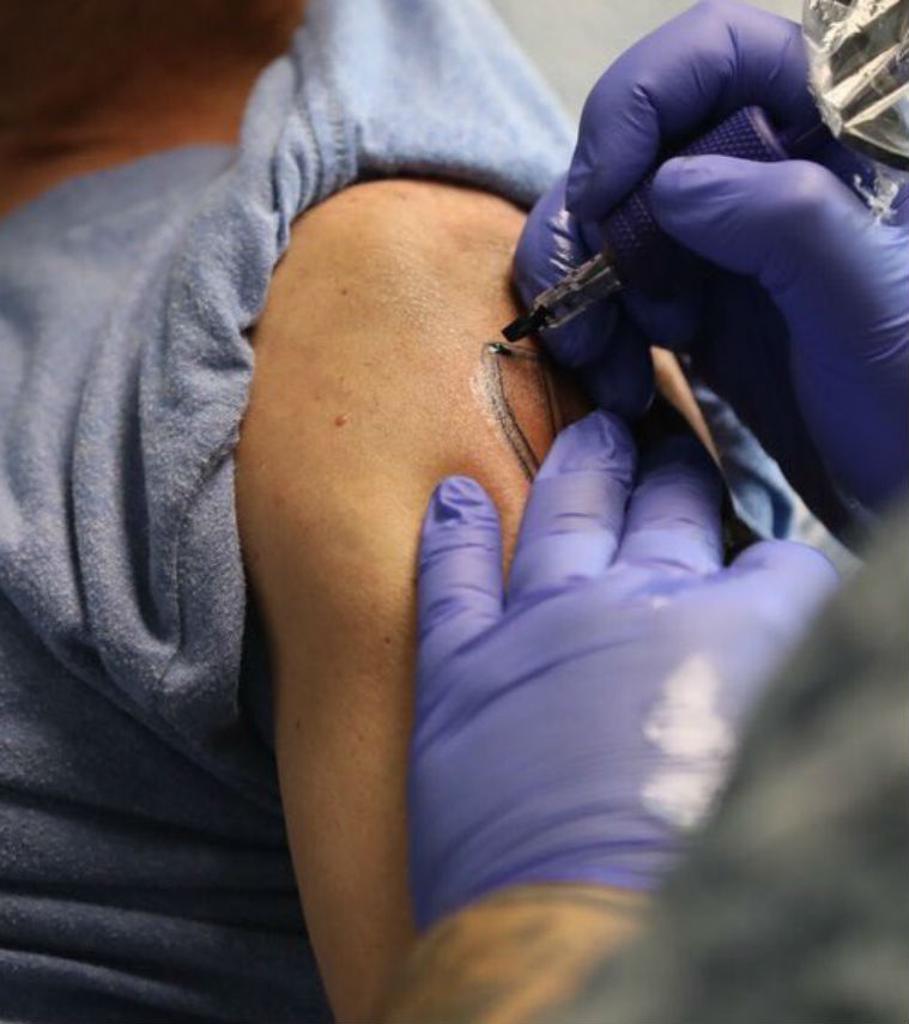 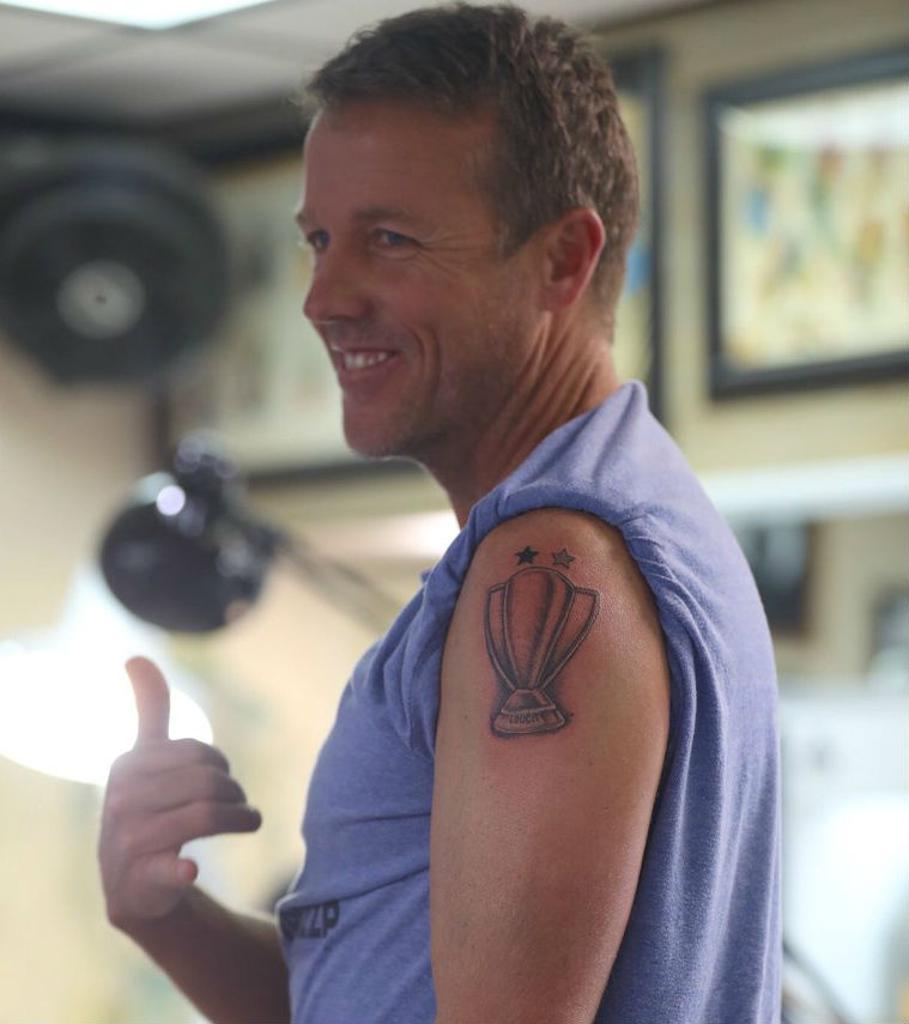 “The whole thing came up because [LouCity PA Announcer] Lance [McGarvey] basically said, ‘Hey, I believe Louisville is going to win the USL Cup this year and when they do, I’m going to get a tattoo of the crest,’” Hackworth recalled in a phone interview. “It was just before the playoffs but in a moment of madness, I believe I was walking out of a press conference when he said it, I said, ‘I’m with you.’”

The line, which is a reference to Steve Martin’s character Vinnie Antonelli in the 1990 crime comedy “My Blue Heaven”, has proven to be his go-to reply when joking around with friends.

UPDATE: @hackworthsoccer stopped as he was leaving the post game press conference & told me he is officially joining me in a commitment to get a LouCity tattoo if @loucityfc wins the 2018 USL Cup. He said it at the pep rally, but I wasn't certain. It is now on. #VamosMorados https://t.co/gsULLxpYel

This time, however, he knew almost instantly that it wouldn’t be taken that way.

“The minute I said it I was like ‘Oh s--t, did I really just say that and how many people heard me?’” said Hackworth. “Lance is this big voice and he got super excited the minute I said it, so I just kind of rolled with it. As a coach and everything, knowing how hard it is to win a championship, it’s not like I didn’t believe it, but I also was like okay, there’s a chance that this may not happen so maybe I won’t have to worry about it.”

But then Louisville continued to win. After six successive victories to end the regular season, the side claimed home wins against Indy Eleven, Bethlehem Steel FC and the New York Red Bulls II to reach its second straight USL Cup. Luke Spencer’s goal then secured a historic victory against Phoenix Rising FC as LouCity became the first club in the Championship’s history to win back-to-back titles.

As champagne sprayed across the night sky and the shiny silver trophy was passed along from players to coaches to family members, Hackworth was served a sobering dose of reality.

“My younger son was at the game and it was one of the things that he said to me. He was like, ‘Dad, you’re going to have to get a tattoo now’ and I was like, ‘Shup up Larsen, I’m not doing it.’” Hackworth said. “I was fighting it. Mentally, I was just trying to think okay we won the Cup, no one’s really going to remember this.”

But McGarvey didn’t budge. And after ignoring a few initial phone calls, Hackworth eventually gave in.

The 49-year-old coach and father of three, who admitted to being against any of his sons getting inked up, now had to choose a design that would live permanently on his left shoulder. Hackworth worked with the team’s new graphic artist Rachel Regenauer – who he calls “Rachel Undefeated” due to the team’s untarnished record with her in the front office (she joined in September) – to sketch out his tattoo.

Just eight days after leading Louisville to the USL Cup, Hackworth sat in a chair at Tattoo Charlie’s alongside McGarvey and others to fulfill their pact, while also broadcasting the day’s events live on SoccerCityRadio.

“On the morning of, think of the grumpiest old man possible, like the biggest curmudgeon, that was me times ten,” said Hackworth. “I was just in a bad, foul mood because I knew I was going to do this, but I didn’t really want to do it. And on top of that, I had to be on the radio live with fans and Lance and [former LCFC Director of PR and Broadcasting] Scott [Stewart] and they’re all happy and I was just miserable.”

(Here's some further video proof of that.)

While Hackworth was understandably grumpy throughout the process of getting the tattoo, he now sees the permanent nature of the club’s crest on his body as representation of his career ambitions.

“The reason that I said to Lance that I’d do it in the first place is because there’s this idea that a coach is not going to be in a club very long and my whole message to everybody from the day I got to Louisville is I’m not leaving,” said Hackworth. “This is where I want to be the rest of my career, so as long as I do what I’m supposed to do and produce teams that are winning, I’m never leaving. And that’s kind of how it came about because I said look, I’m that invested. I know I’ve only been here [a short time] but I want to be here forever, and I want to build this club into one of the best clubs.”

While Louisville has obviously had great success on the field over its four seasons in the Championship, Hackworth is equally excited about helping the club continue to grow in the local community. His goal is to help the club see out the creation of a new 11,500-seat stadium that is currently under construction in Butchertown as well as add and develop a youth program.

Those major long-term projects – along with the on-field task of guiding Louisville to a three-peat – are ones that he feels will be incredibly difficult but also very rewarding.

“I really love the community so far and the people and I think our front office and ownership group, I’m with a good group of people,” said Hackworth.