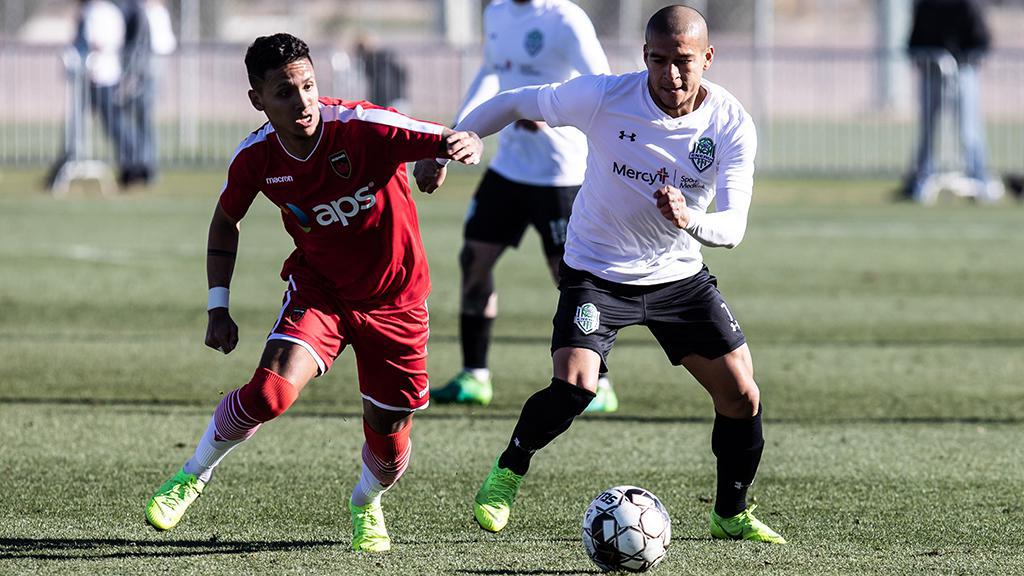 TUCSON, Ariz. – Deshorn Brown had a goal and assist as OKC Energy FC took a 2-0 victory against Phoenix Rising FC at the Kino Sports Complex on the final day of the Mobile Mini Sun Cup on Saturday afternoon.

Energy FC took the lead in the 11th minute off a move down the left side. A ball over the top found Cordell Cato, who cut inside to find Brown and the Jamaican put home a finish from the left side of the penalty area.

Rising FC almost answered seven minutes later as a header from a corner kick by AJ Cochran was cleared off the goal line, but Energy FC doubled its lead in the 26th minute when Brown fed fellow Jamaican international Omar Gordon near the top of the penalty area. Gordon cut past his marker onto his left foot and drove a low finish into the bottom-right corner of the net.

Phoenix’s Adam Jahn almost pulled a goal back 10 minutes before halftime as his redirection of Solomon Asante’s from the right went just wide. Jason Johnson also went close for Rising FC 10 minutes into the second half as his header from Junior Flemmings’ cross went off target.

Energy FC also had chances in the second half as Gordon fired wide of the left post after cutting in from the right past his man before unleashing a shot, while 17-year-old Rising FC goalkeeper Brandon Keniston made two good saves to keep his side within reach in the final half-hour. Phoenix was unable to find a breakthrough, however, as Energy FC took the victory.