Fire Strike Late to Down Battery 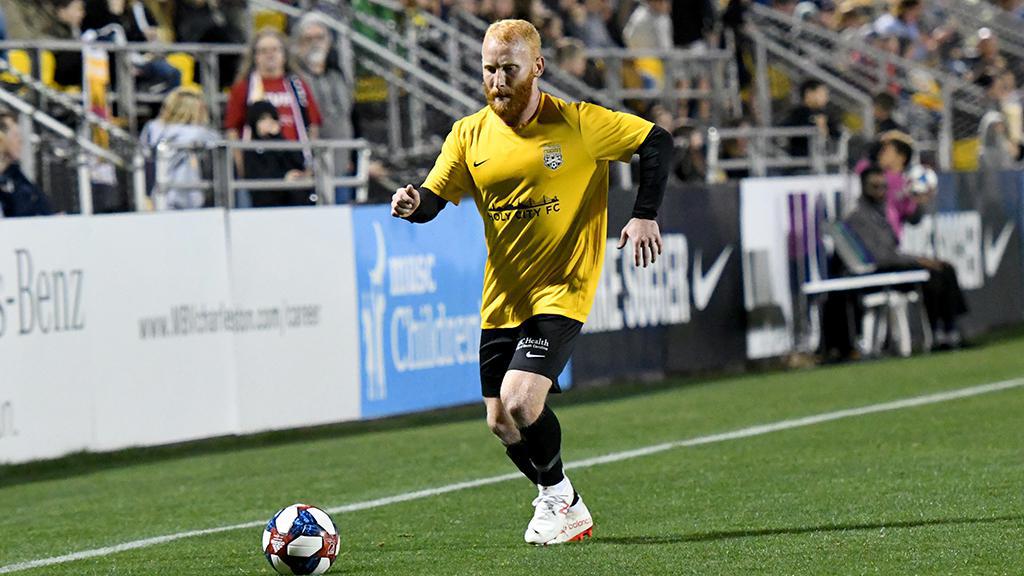 CHARLESTON, S.C. – The Charleston Battery conceded a late goal as the Chicago Fire took a 1-0 victory on the final day of the 2019 Carolina Challenge Cup at MUSC Health Stadium. The Fire’s victory wasn’t enough to claim the overall crown at the traditional preseason event, however, as Columbus Crew SC’s 3-0 victory against FC Cincinnati in the opening game of the day earned Columbus its third consecutive CCC title on goal differential.

Chicago pressured the Battery early, attacking down both wings through forwards Aleksandar Katai and Nemanja Nikolic, but Charleston was able to withstand the pressure and then created a chance of its own in the 17th minute when Ian Svantesson fought off two defenders after receiving a lofted through-ball, only to push the shot wide of the far post.

The Battery had another chance 10 minutes later when a short corner found Tah Brian Anunga at the top of the penalty area. His chipped pass into Svantesson was headed just over the crossbar.

The Fire almost struck five minutes before halftime when former German international Bastian Schweinstieger let fly from 35 yards to force a good save by Battery goalkeeper Joe Kuzminsky. Chicago continued to press in the second half, and with five minutes to go that pressure paid off when Amando Moreno controlled well in the penalty area and found Fabian Herbers near the top of the box. Herbers coolly slotted his finish past Kuzminsky.

Charleston had an opportunity late as trialist Arthur Bosua ran at a group of Fire defenders but couldn't find the final ball to Romario Piggott, who was making a run down the near touchline.

Crew SC had earlier swept to victory as United States international Gyasi Zardes scored twice to lead his side past Ohio rival FC Cincinnati. Zardes struck in just the fifth minute to put Crew SC ahead, and then added a second in the 20th minute before Pedro Santos scored two minutes into the second half to wrap up a comprehensive victory that earned Columbus its fourth victory overall at the tournament.