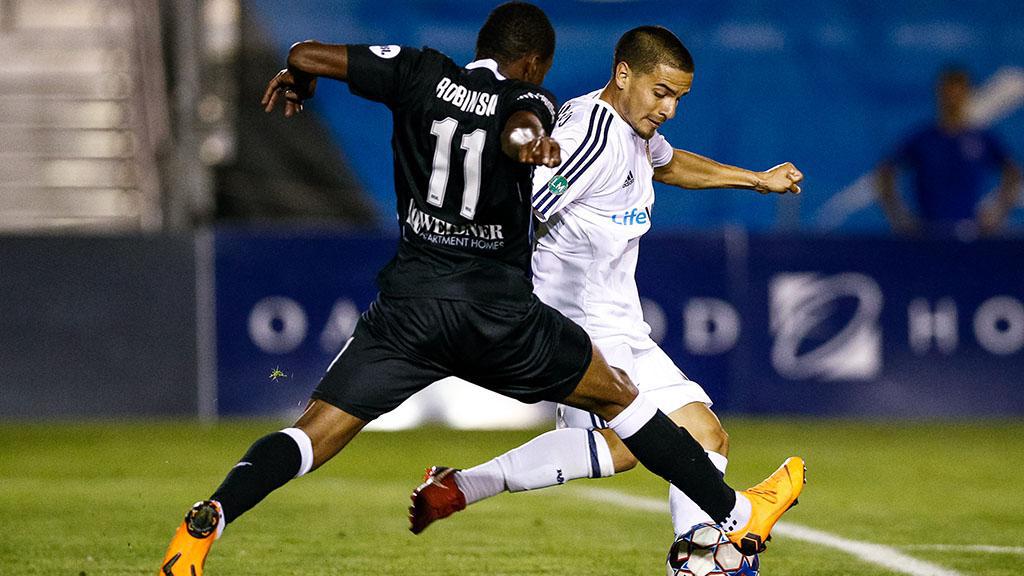 HERRIMAN, Utah – Colorado Springs Switchbacks FC claimed the inaugural edition of the Wasatch Winter Cup on Thursday afternoon as it played to a 2-2 draw with host Real Monarchs SLC at Zions Bank Real Academy to finish top of the three-team USL Championship preseason even with four points.

The Switchbacks entered the final game of the event level on points with Reno 1868 FC, which it had defeated 4-1 on Monday after 1868 FC had defeated the Monarchs 4-0 in the opening game of the event last Friday. Goals by Rony Argueta and Mike Seth in either half proved enough to send Colorado Springs to victory, with Head Coach Steve Trittschuh pleased with the week of work his side put in.

“The experience we had in Salt Lake was invaluable to our preseason,” said Trittschuh. “From the facilities to the professional environment they have, we took a lot out of our trip. The players were focused and worked hard in training and in games and we learned a lot about each other.”

Argueta opened the scoring in the 17th minute when Argueta seized on a chance after a collision in the Monarchs’ penalty area opened up a shooting opportunity. The Monarchs drew level 14 minutes later thanks to Lionel Abate Etoundi, who got in one-on-one with Colorado Springs goalkeeper Steward Ceus and lifted a finish home to leave the game even at the break.

Colorado Springs regained the lead eight minutes into the second half as Seth capitalized on a rebound chance after Monarchs goalkeeper Evan Finney parried an initial effort, but Real again got back on level terms with 19 minutes to go when Andrew Brody shot home from the top of the penalty area after the ball deflected to him in space.

The Switchbacks wouldn’t concede again, however, capping off a successful week that saw the side maintain its undefeated preseason record as it builds toward its regular-season opener on March 9 at the LA Galaxy II.

"We had good results in both games and know what we need to improve on to be ready for the season opener March 9th in Los Angeles,” said Trittschuh. “I want to thank the Monarchs for inviting us and hopefully we can do this again next year.”

FRESNO FC 1, U-C SANTA BARBARA 0: Qudus Lawal scored his second goal in as many games to lead to Foxes to a 1-0 victory against the University of California Santa Barbara at Harder Stadium on Thursday night, giving Fresno its fourth consecutive win of the 2019 preseason.

The Foxes created several early chances for midfielders Jackson, Arun Basuljevic, and Jemal Johnson, but all were unable to get through the Gauchos defense. In the 30th minute, Juan Pablo Caffa saw his shot from outside the penalty area go just wide of the right post, while a shot from Zachary Ellis-Hayden missed inches to the left just before the break.

It wasn't until the second half, and a full lineup change from Foxes Head Coach Adam Smith that Fresno found the net. The Foxes nearly scored in the 71st minute when Renato found Christian Chaney, whose shot struck the post after taking a deflection from Santa Barbara's goalkeeper. Six minutes later, however, Alex Cooper sent in a cross from the left wing to Lawal who put away what proved to be the winner.