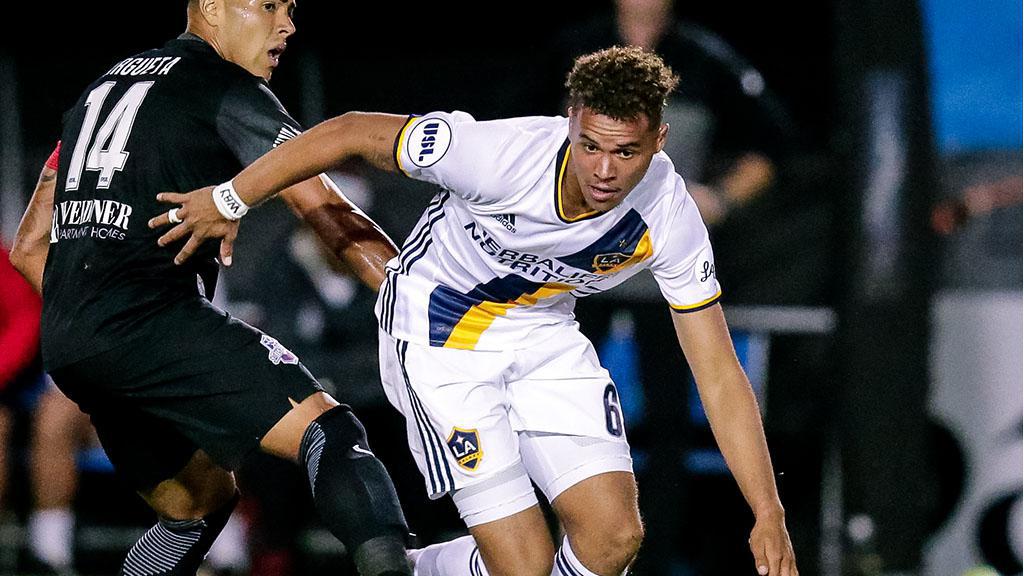 BIRMINGHAM, Ala. – Birmingham Legion FC has made two new additions to its squad, led by former United States U-20 international defender Tyler Turner as it continues to build toward its inaugural season in the USL Championship.

Joining Turner in Birmingham is goalkeeper Trevor Spangenberg, who spent the 2018 Championship season with the Richmond Kickers. Both signings are pending league and federation approval.

Turner was one of Orlando City SC’s first two Homegrown signings as he joined the Lions for the 2014 USL Championship season and was named as a finalist for the league’s Rookie of the Year award that year. He subsequently made seven appearances in Orlando’s inaugural season in Major League Soccer, while also competing for Orlando City B on loan in the Championship. In 2017 he moved to the LA Galaxy II, where he made 22 appearances in the regular season.

“Tyler is a versatile defender who can play in multiple positions across the backline,” said Legion FC President and General Manager Jay Heaps. “We hope to get him acclimated quickly so he can be a big part of our group going forward.”

“Trevor has had an extensive professional career and is a player we know personally from our time in New England,” said Heaps. “He is a consummate professional that will compete for time at goalkeeper and be an influential member of our locker room.”

“We have been looking for an experienced and quality center back and Kris [Reaves] has filled that,” said Switchbacks Head Coach Steve Trittschuh. “He is a strong, good 1v1 defender and distributes well. He fits in perfectly with our team.”

Reaves made a pair of appearances for FC Dallas after signing with the club as a Homegrown player after his collegiate career at the University of Portland. A native of Duluth, Ga., Reaves joined the FC Dallas Academy in 2012 where he was also a member of the U-18 Academy team.

“I'm glad to be with the Switchbacks in Colorado Springs,” said Reaves. “I've heard really good things about the city. We have great players and a very experienced coaching staff. I'm excited to get the season started. I think we can have a special year and surprise a lot of people if we bring everything together.”

LOS DOS SECURE LOAN FOR PANAMA INTERNATIONAL: The LA Galaxy II announced on Thursday the club had acquired 20-year-old Panamanian international Ernesto Walker on a season-long loan from Panama’s C.D. Plaza Amador. He will be added pending league and federation approval, as well as P-1 visa approval and receipt of his ITC.

“Ernesto is a talented, young midfielder who we think can be a strong attacking option for LA Galaxy II,” said LA Galaxy General Manager Dennis te Kloese. “We are excited to add Ernesto to our roster and look forward to his development as a player.”

A native of Montreal, Quebec, Zephirin previously played at MidAmerica Nazarene University, where as a senior he was named to the NAIA All-America Second Team after leading the MNU defense to a 0.76 goals-against average while registering one goal and eight assists on the season. Zephirin also brings experience from League Two, where he made eight appearance for the Ocean City Nor’easters in the 2017 season.

Legendre, meanwhile, came through fellow USL Championship side Ottawa Fury FC’s Academy before competing collegiately at Algonquin College in Ottawa, Ontario, where he was named the Thunder’s Rookie of the Year in 2017.

“We’re excited to add Frantzly and Anthony to the roster, both players will provide good depth to the back line,” said Roughnecks General Manager Wayne Farmer. “Anthony has played in a couple of the preseason friendlies and done well, and we look forward to Frantzly arriving in Tulsa in the upcoming days.”

“We are excited to add these two talented young players to our roster,” said Indy Head Coach Martin Rennie. “Josh is a fast, dynamic player who can beat people on the dribble and is scoring threat. Mario has trained with our team since last season and has shown significant improvement. They are contributing a lot to our team’s environment.”

Committed to Indiana University collegiatly, Penn notched 57 goals and 40 assists in 63 matches for Chicago Sockers FC in the U.S. Soccer Development Academy from 2016-2019, earning Conference Best XI honors twice during his time with the academy. He joins the Eleven through a recent partnership by the club with Sockers FC.

Perez played for Indiana Fire Academy, a U.S. Soccer Development Academy club, from 2015-2019. The Logansport, Ind. native recorded 68 appearances between the sticks during his time with Indiana Fire Academy. Perez graduated Logansport High School in 2018 and last month committed to Purdue Fort Wayne to play for the Mastodons next fall.