Hounds have chances but held to scoreless draw by University of Charleston (W.V.) 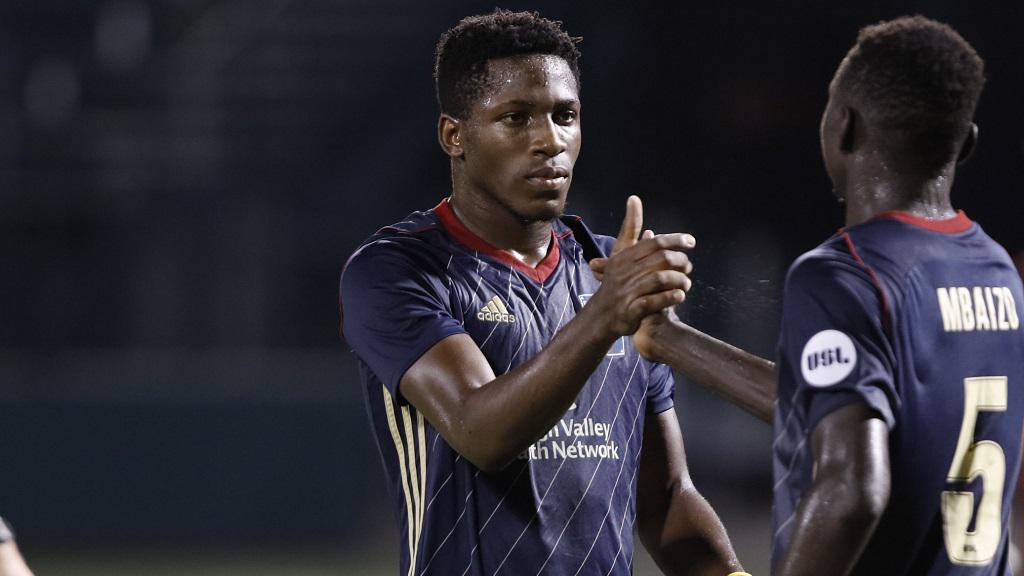 Bethlehem Steel FC got a goal and assist from Faris as it took a 2-1 victory against Villanova University on Saturday in its fifth preseason scrimmage ahead of the 2019 USL Championship season.

All the goals came early, with the Cameroonian forward opening the scoring in the fourth minute off an assist from former Wildcat Zach Zandi, who had made 63 appearances for Villanova prior to signing with Bethlehem following his senior season.

Steel FC captain James Chambers added a second for his side in the 18th minute as Faris created a turnover in the attacking end before setting up the veteran Irish midfielder for the finish. Villanova pulled a goal back four minutes later when Theo Quartey found the net, but Bethlehem would control the majority of the remainder of the game and see out the victory.

PITTSBURGH RIVERHOUNDS SC 0, UNIVERSITY OF CHARLESTON (W.V.) 0: Pittsburgh Riverhounds SC recorded its fourth consecutive shutout this preseason but was unable to find the breakthrough against the University of Charleston (W.V.) at Highmark Stadium on Sunday afternoon.

Kevin Kerr had the best scoring chance of the first half for the Hounds as he found space for a blast from inside the penalty area in the 13th minute, but a diving save from Charleston’s goalkeeper kept things scoreless.

Christian Volesky found another chance to break the game open in the 51st minute as he sent a diving header just wide. Another chance came to the experienced forward with four minutes to go from a corner by Anthony Velarde, but once again Charleston’s goalkeeper kept the Hounds off the board.

“Today was the toughest opposition we’ve played, and I think we had the majority of the ball and we played in their half the majority of the game,” said Hounds Head Coach Bob Lilley. “I think there were some good things that we can build off of this week. Next week we play Pitt and Bethlehem Steel, and we’ll find out a lot more next week when we have those two games.”