Battery Edged Out by Cincinnati at Challenge Cup 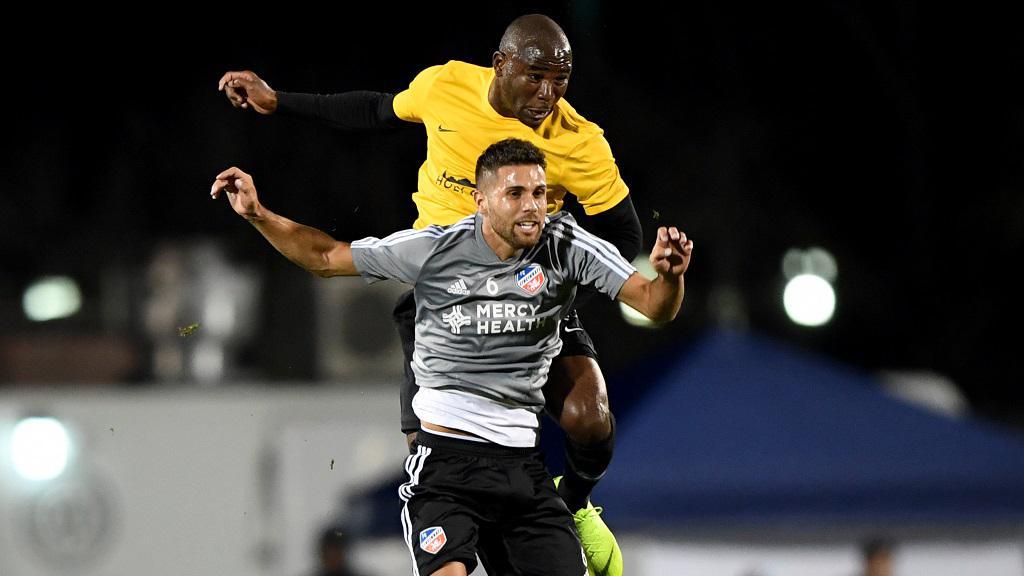 CHARLESTON, S.C. – The Charleston Battery got a second-half goal by Ian Svantesson but fell 2-1 to Major League Soccer’s FC Cincinnati at MUSC Health Stadium as goals by Fanendo Adi and Darren Mattocks put FCC on top of the four-team tournament’s standings after the opening day of the 2019 Carolina Challenge Cup on Saturday night.

Cincinnati grabbed the lead in just the second minute when a quick buildup that saw Mattocks deliver a low cross across the penalty area for Adi. Battery goalkeeper Joe Kuzminksy made the initial save only to see the ball land back at Adi's feet and a simple rebound finish.

The Battery's best chance of the first half came in the 31st minute when Tah Brian Anunga found himself at the top of the penalty area for a shot on goal. The shot was blocked by a Cincinnati defender and out for a corner. The ensuing corner produced another opportunity for the Battery as Cincinnati's goalkeeper couldn't handle the cross, which led to a scramble in front of goal that FCC’s defense was able to clear to safety.

Charleston got the chance to equalize seven minutes into the second half when a shot by Dante Marini hit the hand of a Cincinnati defender and was ruled a penalty kick. Svantesson stepped up cooly and converted from the spot, but five minutes later FCC was awarded claim a penalty of its own when Adi drew the foul and Mattocks finished.

In the opening game of the tournament, the Chicago Fire and Columbus Crew SC exchanged first-half goals to end in a 1-1 draw. The Fire took the lead in the 16th minute when United States Men’s National Team midfielder Djordje Mihailovic fired home a shot from long range, but Crew SC hit back through fellow USMNT forward Gyasi Zardes as he headed home Waylon Francis’ cross from the left.

The 2019 Carolina Challenge Cup resumes on Wednesday night when the Battery take on Crew SC at 5 p.m. ET, and the Fire face FCC at 7:30 p.m. ET.