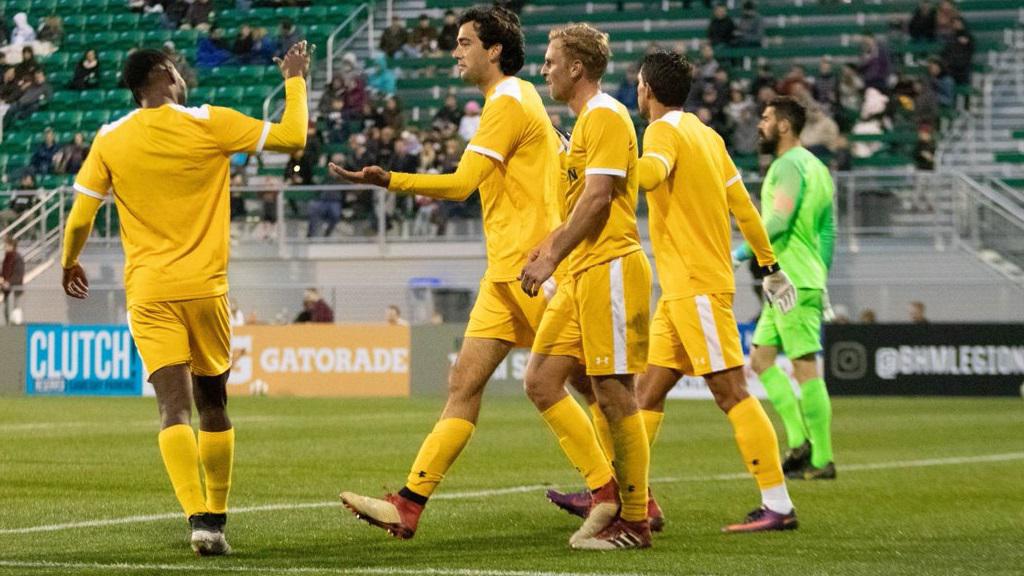 BIRMINGHAM, Ala. – Nashville SC pulled away from Birmingham Legion FC as 2018 USL Championship Golden Boot-winner Cameron Lancaster scored his first goal for his new club in a 3-0 victory at BBVA Compass Field on Saturday afternoon.

Nashville had the majority of the early chances as both Michael Reed and Lebo Moloto went close in the opening 10 minutes. Liam Doyle also went close in the 24th minute with a header from a corner kick, but seven minutes later Lancaster opened his NSC account as he put home a finish off Alan Winn’s assist.

NSC doubled its advantage on the hour-mark when Tucker Hume headed in a cross by Taylor Washington, while the second half also saw the Nashville debut of Daniel Rios, marking the first game in which he, Lancaster and fellow offseason arrival Kharlton Belmar all appeared in a contest for the side.

The more familiar face of Ropapa Mensah completed the scoring with four minutes to go as Hume played provider to wrap up a comfortable win for the visitors.

“The two groups performed very, very well,” said Nashville Head Coach Gary Smith. “They looked ever much more like an outfit that is ready for the start of the season. In the second half, Tucker’s goal and assist were terrific, and it’s nice to see Ropapa hit the back of the net. All in all, a very good night, I don’t think one person jumps out, but there has been some very, very good performances.”

Nashville will return home for its first home preseason contest of 2019 next Saturday when it hosts Major League Soccer’s New York City FC.