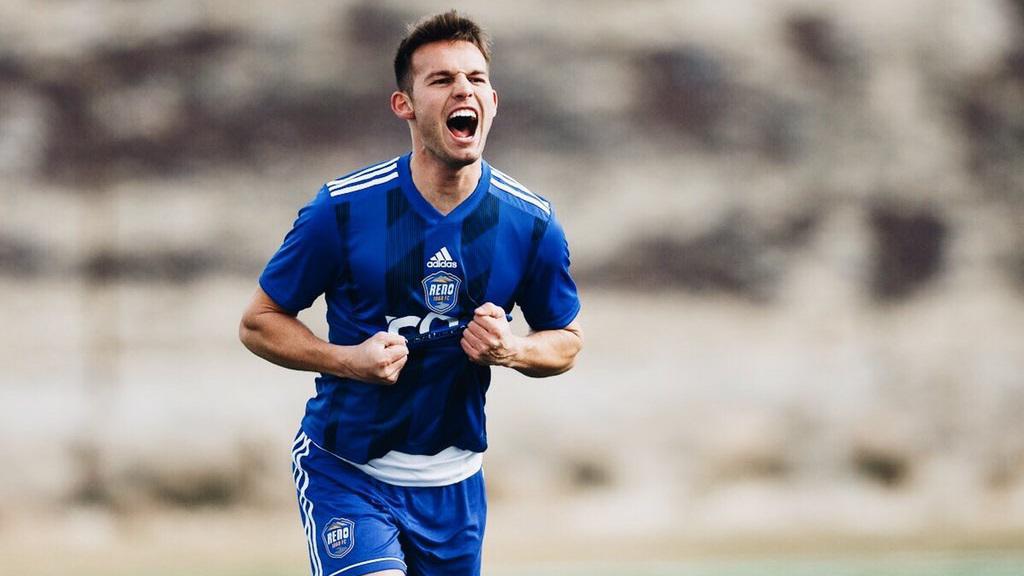 Musovski – who scored five goals in 17 appearances for 1868 FC on loan last season from the San Jose Earthquakes – gave Reno the lead in just the fourth minute, and then doubled the visitor’s advantage just before the half-hour mark. The Nevada native then struck twice inside the opening 15 minutes of the second half, notching his hat trick in the 51st minute before rounding out the scoring six minutes later.

The victory was 1868 FC’s second in a row away to the Monarchs, with Reno having claimed a dramatic victory in the Western Conference Quarterfinals of the 2018 USL Cup Playoffs last October.

For the Monarchs, the first official game of their preseason was a learning experience according to new Head Coach Martin Vasquez.

1868 FC will take on the Switchbacks in the second game of the round-robin tournament on Monday at 3 p.m. MT, with the Monarchs and Switchbacks set to conclude the tournament next Thursday at 11:30 a.m. MT.

PITTSBURGH RIVERHOUNDS SC 0, DUQUESNE UNIVERSITY 0: Pittsburgh Riverhounds SC had chances to claim victory but was forced to settle for its third consecutive shutout of the preseason against the Dukes at Highmark Stadium.

The Hounds’ best opportunity to break the deadlock before the halftime break came to Neco Brett as the Jamaican forward blasted a hard shot at the net, but the Duquesne goalkeeper collected his take in the 18th minute.

In the second half, fellow striker Christian Volesky had a great chance to find the net in the 66th minute, only to see his diving header slide just wide of the target after a good cross by Steevan Dos Santos.