ARLIA: No New Friends - Why El Paso and Hartford’s Strategy Is Likely to Pay Off

Newcomers have faces familiar to their coaches, hope to emulate success of Hounds’ overhaul 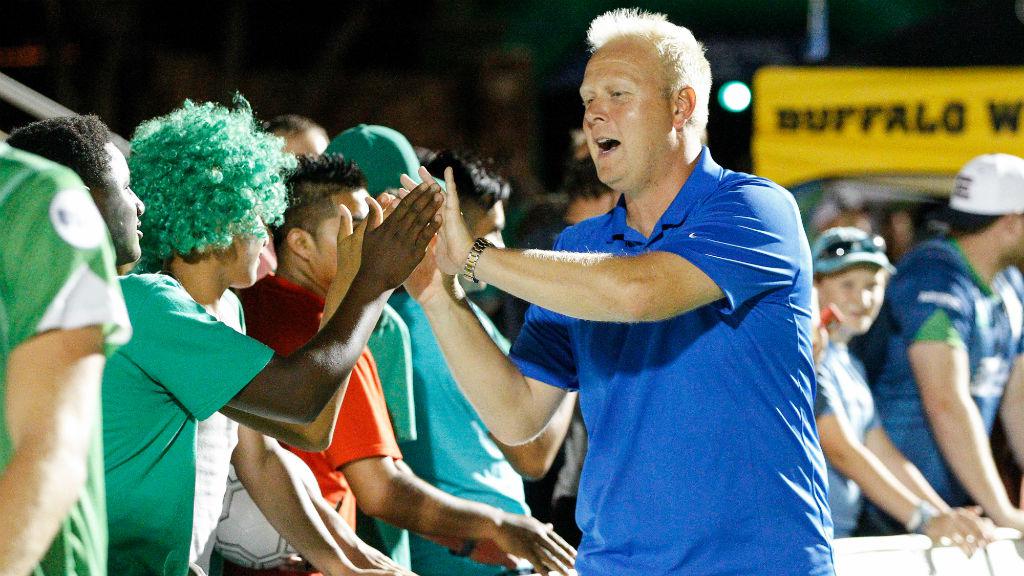 One of the biggest challenges that soccer coaches face at any level of the game is walking into a new locker room and trying to get everyone on the same page in a short period of time.

As we’ve seen repeatedly in leagues across the world and recently in England with Unai Emery’s Arsenal FC and Maurizio Sarri’s Chelsea FC, it can take months for coaches to adjust to their new surroundings and potentially even longer for players to feel comfortable with the changes in playing style, training methods and general organizational structure that tend to come with new hires.

However, sometimes all it takes for coaches to accelerate that learning curve is a familiar face or two in the locker room. And if you’ve been paying close attention to player movement across the USL Championship this offseason, you probably have noticed that some coaches – especially those in new places – have been adapting a similar approach ahead of the 2019 season. (If you haven’t been paying attention: Check out our transfer tracker)

And it’s not just the new guys either.

Ahead of his second year at the helm of Pittsburgh Riverhounds SC, Bob Lilley has brought in two more attacking pieces from his 2015 Rochester Rhinos squad that claimed the regular-season title and USL Cup.

In each of these cases, the band is getting back together, but it’s not just for old time’s sake.

Lilley, Lowry and Nielsen know that bringing in players that are familiar with their leadership style and tactics will help the club get up to speed faster during a short preseason. Of course, talent plays a part in the decisions as well, but having players who know already what it takes to succeed in the system and can help others learn its foundation can put you ahead of the curve.

Having those extra on-field “coaches” proves even more critical for expansion sides, who have limited time to build chemistry and understanding amongst an entirely new group of players. As we’ve seen over the years in the Championship, expansion teams that start the season strongly tend to reach the USL Cup Playoffs, while those that don’t sprint out of the gates usually face a roster overhaul the following offseason.

Last year, Lilley took over the Hounds following successive 13th-place finishes in the Eastern Conference. He brought in players like midfielder Kenardo Forbes, a vital piece of the 2015 USL Cup-winning squad, and other “RhinoHounds” as they were dubbed, including Christiano Francois, Jordan Dover and Ray Lee, all of whom had played for Lilley previously and made at least 29 appearances for the Hounds a season ago. 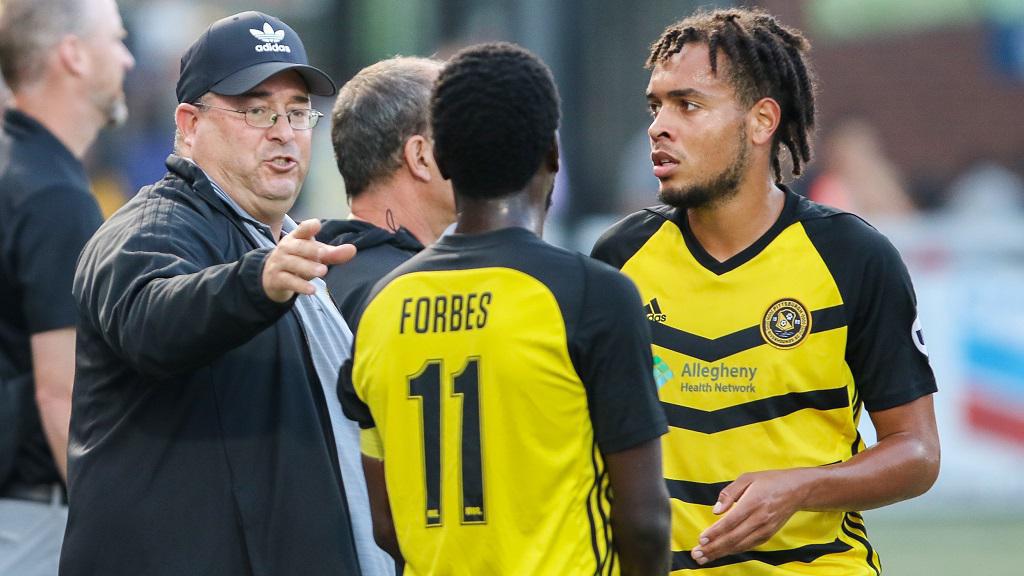 Teamed with players like Joe Greenspan and forward Neco Brett, things took a drastic turn for the better. Pittsburgh finished third in the East before bowing out in the Conference Quarterfinals to Bethlehem Steel FC on penalties.

Now, Lilley is hoping the additions of two more familiar faces in forwards Christian Volesky and Steevan Dos Santos can help the club take another step closer to replicating that title success in Pittsburgh. The duo combined for 18 goals across the 2015 regular season and USL Cup Playoffs, with Dos Santos bagging a brace for the side in a Conference Semifinals victory over the New York Red Bulls II. Bringing in that level of production, postseason experience and understanding of Lilley’s system should help Pittsburgh take that next step forward in an ever-competitive Eastern Conference.

Nielsen hopes that Hartford Athletic will also be part of the Eastern Conference playoff picture in its inaugural campaign after he spent part of the offseason building around a core of players that experienced postseason success in Oklahoma City.

Now, Nielsen and the gang are back together again in Hartford with the goal of putting professional soccer on the map in Connecticut and bringing a smile to the faces of fans like Rob Stone.

Out West, meanwhile, Lowry shares a similar situation in El Paso with former Jacksonville standouts Derek Gebhard, Mechack Jérôme, Richie Ryan, Joshua Castellanos and Yuma. The presence of experienced Haitian international center back Jérôme – himself a former Championship All-League selection – and Irish midfielder Ryan will give Locomotive two players of vast experience in the center of Lowry’s presumptive lineup, and a shot at making an immediate impact.

As we’ve seen this offseason, with seven new teams assembling squads for their inaugural seasons in the Championship, there are many ways to build a roster from scratch. Fans in Hartford and El Paso will be hoping that having a few familiar faces along for the ride will pay the same dividends as Lilley’s overhaul did in the Steel City in 2018.