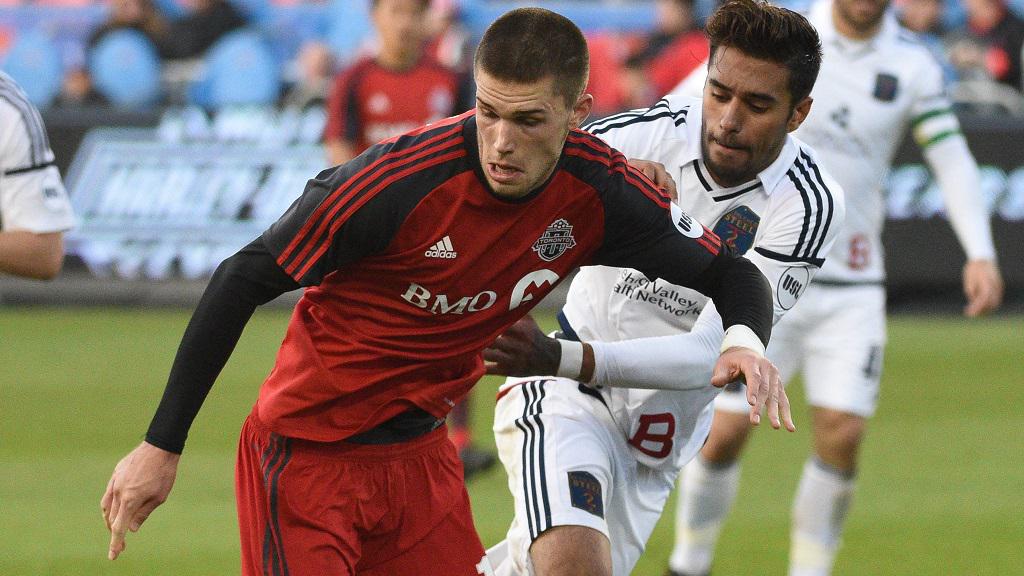 PHOENIX – Phoenix Rising FC announced on Friday it had signed 23-year-old forward Ben Spencer for the 2019 USL Championship season. Spencer has spent the last week-and-a-half as a trialist with the club and scored against Major League Soccer’s New York Red Bulls in a preseason friendly on February 10th.

“I'm really excited to join Phoenix Rising,” said Spencer. “I saw what the club was able to accomplish last season and I am hoping to achieve that and more with the team this season. The fan base is incredible and I can’t wait to play in front of them. This is a club with big ambitions and I am thrilled to be a part of it.”

Spencer most recently spent time in the Toronto FC organization, logging five appearances with the MLS side and 19 with its USL Championship counterpart Toronto FC II. Spencer recorded two assists during his stint with Toronto FC while notching one goal and three assists with Toronto FC II.

Spencer has represented the United States men’s national team at the U-18, U-20 and U-23 levels.

McCabe was recently selected by FC Cincinnati with the 29th overall pick in the second round of the 2019 MLS SuperDraft after three standout seasons with the University of Notre Dame.

“Tommy is a young player coming off a very good collegiate career,” said North Carolina FC Head Coach Dave Sarachan. “Cincinnati thought highly of him enough to draft him and I watched him perform at the combine. I thought at that time, he was one of the better combine trialists. We’re very happy to have him be a part of things with us. We think in that position as a holding midfielder, it’s an important spot and he’ll have an opportunity to develop here with our group.”

With the Irish, McCabe was an instrumental piece in the lineup as a defensive midfielder. He totaled 61 appearances and four assists, while helping the Irish qualify for the NCAA Men’s Soccer Tournament in all three seasons he was there. Additionally, McCabe earned All-ACC Freshman honors in 2016 and All-ACC Third Team honors in 2018.

ATL UTD 2 ADDS HONDURAN U-20 INTERNATIONAL: ATL UTD 2 announced on Friday it had signed defender Wesly Decas on loan for the 2019 USL Championship season with an option to buy from Costa Rica’s FC Moravia, pending league and federation approval.

“We are excited to work with Wesly and continue his development, which has been fantastic to this point,” said ATL UTD 2 Head Coach Stephen Glass. “He mirrors the club’s profile and we expect him to fit in nicely with the group.”

The 19-year-old Decas signed with Costa Rican club FC Moravia in 2017 and was loaned to Mexican second division team FC Juarez. He made his professional debut Jan. 11, 2018 against Lobos in the Copa MX Clausura. Decas was on loan to Portugal’s C.D. Nacional for the 2018-19 season and made two appearances in the top-flight of Portugal with starts against Vitoria Setubal and Benfica. He also made two starts in Allianz Cup play.

The defender has been a standout for Honduras’ Youth National Teams and recently captained the U-20 team during the 2018 Concacaf U-20 Championship which finished first in Group C and advanced to the qualification stage where it qualified for the 2019 FIFA U-20 World Cup after finishing second in Group G behind the eventual champion in the United States.