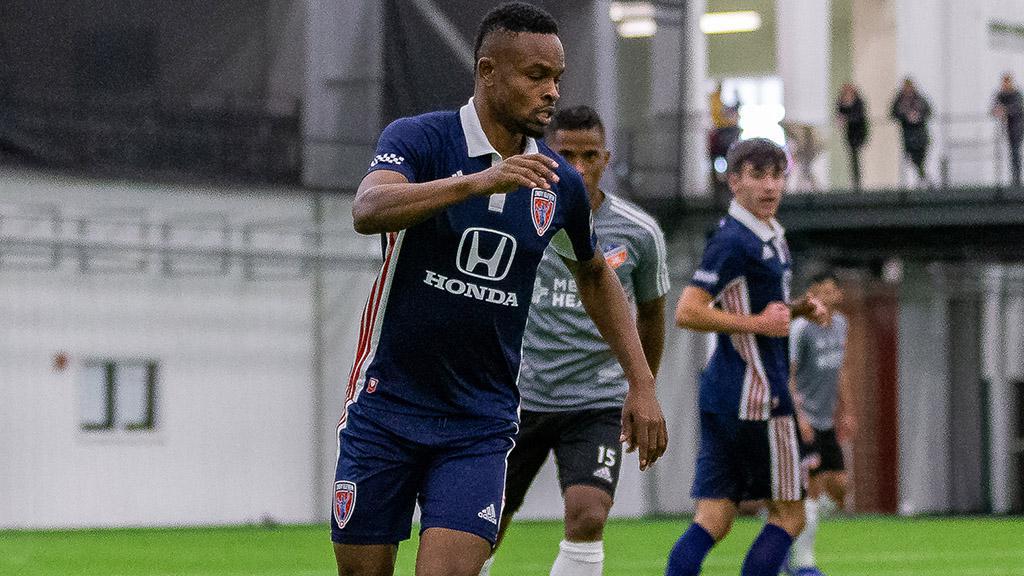 WESTFIELD, Ind. – Dane Kelly scored his first goal in Indy Eleven’s colors to lift the side to a 3-2 victory against expansion Major League Soccer side FC Cincinnati at Grand Sports Park on Tuesday afternoon as the Eleven earned their first win of the preseason.

Kelly struck on the hour-mark for the deciding goal after both teams had held the lead in a back-and-forth first half between the former USL Championship rivals.

“I think that everyone worked very hard. The match was a good test for us, especially since [FC] Cincinnati is a very good team,” said Indy Head Coach Martin Rennie. “It was a good training game and a chance for us to improve. We had good fitness, people seemed to be healthy and it was a good win.”

Cincinnati opened the scoring in the 12th minute when defender Nick Hagglund found the back of the net off a corner kick from midfielder Victor Ulloa. The set piece took an unfortunate deflection off an Indy trialist as he attempted to clear and landed at Hagglund’s feet inside Indy’s six-yard box to allow the Cincinnati native to finish.

The Eleven responded 17 minutes later when former FCC midfielder Kenney Walker’s cross from the left corner was punched clear by FCC goalkeeper Przemysław Tytoń. However, the ball was kept in striking distance of the goal, close enough for forward Eugene Starikov to lay the ball off to a trialist for a close-quarters goal.

The Boys in Blue then gained the lead in the 34th minute as midfielder Matt Watson found space near the edge of FCC’s penalty area and slipped the ball past keeper Spencer Richey, who had entered the match three minutes prior to the goal. The lead was short-lived, as Cincy forward Darren Mattocks leveled the score with a scrambled shot deep inside Indy’s 18-yard box off an assist by 2018 USL Championship All-League selection Corben Bone.

Coming off the bench, Kelly restored Indy’s lead in the 60th minute after a chain of passes up the field led to the Jamaican international gaining possession well within Cincinnati’s defensive third. The USL Championship’s all-time leading scorer hammered home a shot despite Richey getting a hand on for an attempted save.

Indy midfielder Tyler Pasher had a standout performance after he entered the match in the 60th minute, making an immediate impact with a near assist six minutes after his introduction as he set up Kelly for shot on goal. Additionally, Pasher had two looks at goal, the first going high of the crossbar in the 84th minute and the second being saved by Richey five minutes later.

Indy entered the second half with a largely rotated squad, but the squad’s ability to adapt to the pace of the match saw the Eleven through to victory.

“There were a lot of different players on the field for both teams at the start of the second half,” Rennie stated. “It got disjointed at times, but the game was fairly similar. I thought we had to defend a little more at the end because we had the lead.”