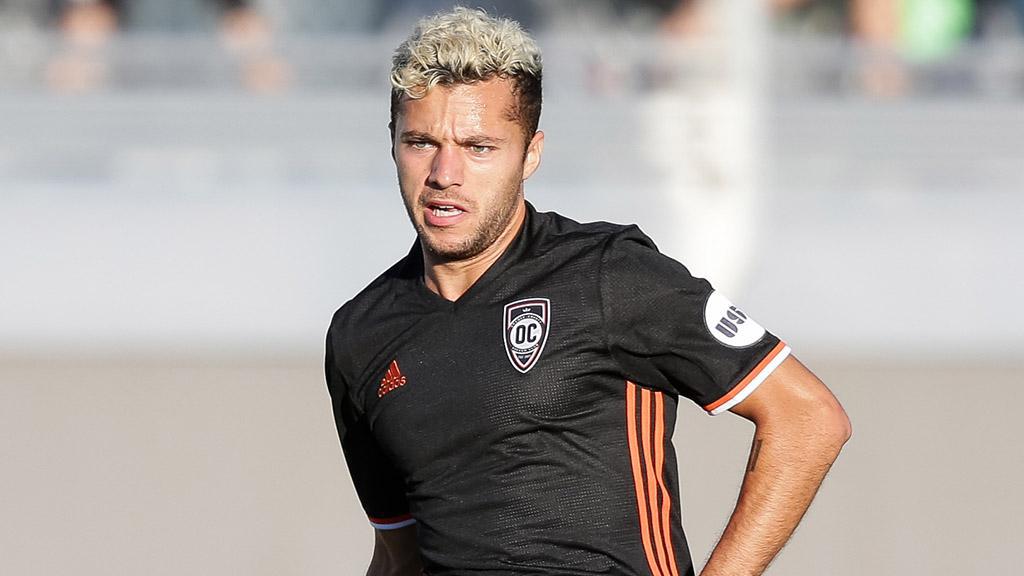 After scoring nine goals in all competitions for the club in 2017, Jerry van Ewijk will return to Orange County SC for the new season after spending 2018 with Reno 1868 FC. | Photo courtesy Steven Christy / OKC Energy FC

“I couldn't be happier that Jerry has decided to return to Orange County,” said OCSC Head Coach Braeden Cloutier. “Jerry is a player that I had a big part in bringing to America two years ago, and I feel he fits perfectly with our style & system of play we have now implemented here in Orange County.”

A native of the Netherlands, Van Ewijk scored nine goals in all competitions for Orange County in the 2017 season to lead the club, while also finishing with a team-high 45 key passes and recording three assists. A season ago with 1868 FC, the 25-year-old recorded six regular-season goals and two assists to help Reno reach the USL Cup Playoffs.

"It's great to be back in Orange County,” said Van Wolfgang. “I am looking forward to seeing the great fans again at the stadium for an exciting season as we strive to win a USL championship!”

Van Ewijk spent eight years of his youth career with PSV in his native Netherlands before spending a majority of his adult career with top level Dutch clubs. He previously played for AGOVV, De Graafschap and Go Ahead Eagles with his best stint coming at De Graafschap where he scored 24 goals from 2012-2015.

“We are excited to welcome Jerry back to Orange County,” said OCSC General Manager Oliver Wyss. “His talent and creativity will improve our team and will for sure entertain our fans.”

DIAKITÉ RE-SIGNS WITH ROWDIES: The Tampa Bay Rowdies announced they had signed defender Papé Diakité to a new contract for the upcoming USL Championship season, making him the eighth player to return from the Rowdies 2018 roster.

Diakité, 26, joined the Rowdies last July and quickly became a key figure in the second half of the season. Diakité made 15 appearances in the 16 matches the Rowdies played after he signed. He played the full 90 minutes in every match apart from his debut.

“We’re happy to welcome Papé back to the Rowdies,” Head Coach Neill Collins said. “He was a really big boost to our team in the second half of last season and his reliability is a big asset for us. He’s a big, physical defender that plays the way we want to play.”

Diakité came to the Rowdies from Police Tero in Thailand, but the majority of his professional experience came with FC Edmonton in 2016 and 2017. He played 56 matches for the Eddies and won the Young Player of the Year award in 2016.

MONARCHS ADD PAIR OF GOALKEEPERS: Real Monarchs SLC announced on Monday it had signed goalkeepers Evan Finney and Todd Morton ahead of the 2019 USL Championship season. Both signings are pending league and federation approval.

“Evan and Todd both came in this preseason fighting for a spot on this team,” said Monarchs General Manager Dan Egner. “After everyone on the staff had a chance to watch them in training for an extended period, we collectively made the decision that they both deserved a spot with the Monarchs for 2019. They are both young and hungry, which is exactly what we were looking for. They will continue to develop their craft with us, and we fully expect them to push each other while being positive influences on the entire group.”

Morton joins the Monarchs after featuring for the University of Delaware and University of Maryland at Baltimore County from 2014 to 2018. At UMBC, Morton helped the team to a NCAA College Cup Final Four appearance before transferring to Delaware prior to the 2015 season. While at Delaware, Morton was a three-year letter winner with the Blue Hens and in 2018 started 14 matches. Across the 2016 and 2017 seasons, Morton started every match the Blue Hens played.