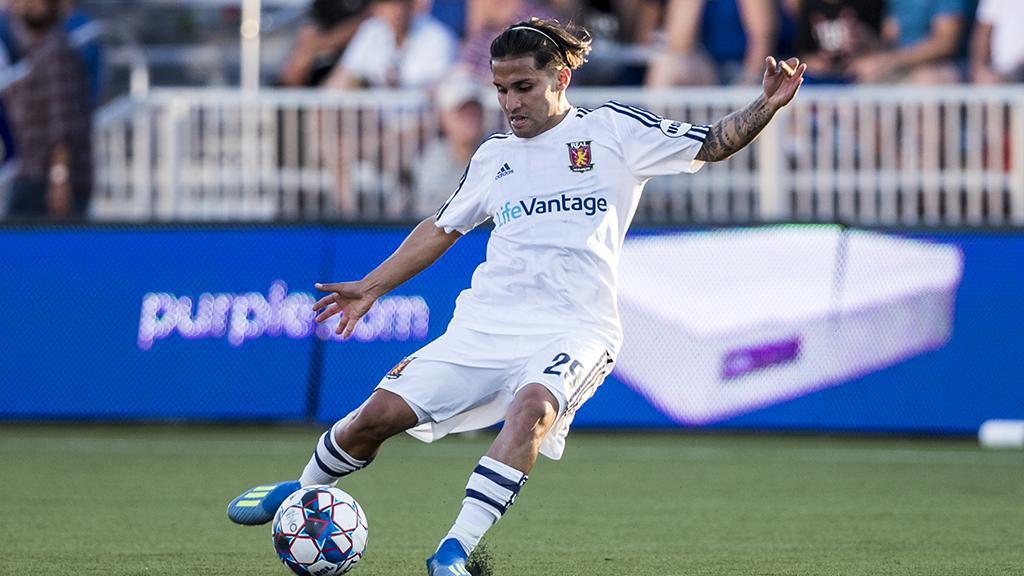 “We are excited to welcome Jose to LA Galaxy II,” said LA Galaxy General Manager Dennis te Kloese. “Jose has a level of creativity that can make him a dynamic playmaker in our midfield. We believe that Jose has a lot to offer this organization.”

Hernandez signed his first professional contract with Real Salt Lake as a homegrown player in December 2016. In 2017, Hernandez appeared in seven games for Real Salt Lake, making one start and scoring one goal. Hernandez also represented Real Salt Lake in the 2017 MLS Homegrown Game against Chivas de Guadalajara’s Under-20 team. Last season he was on loan to Real Monarchs SLC and appeared in 20 games, making nine starts, scoring one goal and recording one assist. In his USL Championship career, he’s totaled 28 appearances, 14 starts, three goals and one assist.

Prior to his professional debut, Hernandez played two NCAA campaigns at UCLA, earning Pac-12 Freshman of the Year honors in 2015 and being named the 2016 Pac-12 Co-Player of the Year. In his sophomore season for the Bruins, he totaled five goals and six assists in 20 games, following 11 goals and four assists in 2015 as a freshman.

SAFC SIGNS SUPERDRAFT SELECTION: San Antonio FC announced it had signed defender Ebenezer Ackon for the 2019 USL Championship season pending league and federation approval, bringing aboard the 2019 MLS SuperDraft selection by the Chicago Fire on board for his first professional season.

“Eby is an athletic, good young defender,” said SAFC Head Coach Darren Powell. “We identified him early on the process and we are really glad he has been able to join us after being drafted by the Chicago Fire this year. He has had a good week of practice so far, and we are excited to be working with him in 2019.”

Ackon joins SAFC after playing collegiate soccer at Bowling Green State University from 2017-18. Following his college career, Ackon was selected by the Fire in the third round (53rd overall) of the SuperDraft prior to signing with SAFC for the upcoming season. Following his 2018 season with the Falcons, the 22-year-old was named to the All-MAC First Team while also being named to the All-Ohio Team. Ackon made 19 overall appearances with Bowling Green state in his career.

Originally born in Ghana, Ackon began playing for Bowling Green State in 2017 after receiving eligibility from the NCAA. The rookie also attended the University of Cape Coast in his home country before moving to the United States.

“This is a great feeling,” said Ackon. “Ever since I got to the United States, I’ve dreamed of completing my education and becoming a professional soccer player, so being here is a dream come true. I’m starting my pro career here and I think San Antonio FC is the best place for me to be.”

Haskins and Rogers both played college soccer for Oral Roberts University, with Haskins having made 60 appearances in his career for the Golden Eagles including 31 starts over his junior and senior seasons.

“My soccer career started to take off here at Oral Roberts University,” said Haskins, “There is no better place to sign my first professional contract other than the place that I have called home for the last five years, Tulsa.”

Rogers, meanwhile, recorded 16 goals and 10 assists in 52 appearances for the Golden Eagles during his collegiate career, and was named to the Summit League All-Conference First Team in his junior season as he notched seven goals and three assists in 18 games.

“Being from Tulsa, I am super excited about starting my professional career with the Roughnecks,” said Rogers, “I want to thank my college coaches, my friends and my family for supporting me throughout this entire process.”

“I have been in the country for 12 years and 10 of those years have been here in Oklahoma, said Blackwell, “I am excited to sign my first pro contract here in Tulsa, a city I have called home for all these years.”