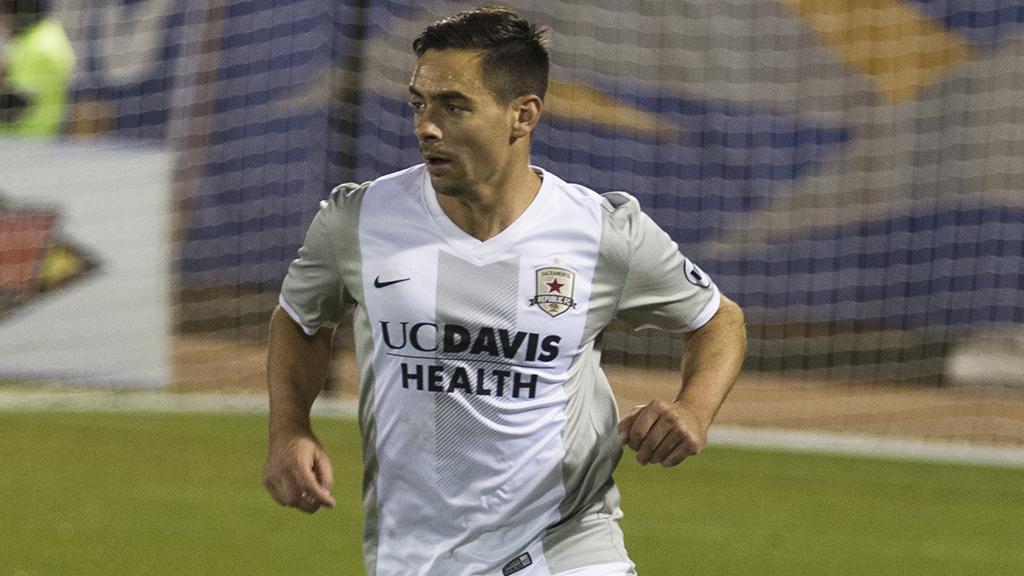 EL PASO, Texas – El Paso Locomotive FC announced on Wednesday it had added former USL Championship All-League selection James Kiffe for its inaugural season, pending league and federation approval. Kiffe has made more than 100 appearances in the Championship between stints at Sacramento Republic FC, Reno 1868 FC and the Charlotte Independence.

Kiffe helped Republic FC claim a championship in its first season in 2014 and spent four seasons in Sacramento after joining the side from USL League Two’s Ventura County Fusion. In 2017, the 30-year-old was named to the All-League Second Team as he recorded a career-high six assists over the regular season.

“To have the opportunity to bring in a player of James’ caliber and experience is going to serve our group well over the course of the season. He has a lot of USL appearances, and was a key figure in a Sacramento team that not long ago were the best team in the league,” said Locomotive FC Head Coach Mark Lowry. “He is a winner, and he has a desire to win more things, which fits in perfectly with the characters we already have here.”

A USL Cup-winner with Louisville City FC in the 2017 season, Morad signed with the Rowdies late last season and immediately became a key contributor for the Rowdies playoff push. He made his Rowdies debut August 8 in a scoreless draw against the Charleston Battery and played every minute of every match for the rest of the season, totaling 1,170 minutes in 13 starts.

“Tarek doesn’t need much of an introduction after the impact he had here last year as a late-season signing,” said Rowdies Head Coach Neill Collins. “I didn’t think we would have the opportunity to bring Tarek back because of his ambitions to go play overseas, but we’re delighted to have him. I believe we can help him achieve his personal goals by giving him a platform to succeed with the Rowdies. He will be very important from a leadership standpoint on and off the field with his experience of having won the USL Cup before.”

Taylor joined the Rowdies last April after a lengthy training stint with the club. He had to wait until June 9 to make his Rowdies debut but marked it with a goal 20 minutes after entering the match as a substitute. He made his first start a week later and scored again, ultimately scoring in each of his first three matches.

“We’re delighted to have Leon back in the squad,” said Collins. “He made a lot of fans last year for the same reasons we wanted him back in the squad. He works hard, he fights for every opportunity and he makes the most of his chances. He’s a young, hungry player that will continue to grow this season.”

ADAMS HOOKS ON WITH AUSTIN: Austin Bold FC added another attacking option to its squad with the signing of forward Clayton Adams for the 2019 USL Championship season. The signing is pending league and federation approval.

“Clay is very fast on the ball, strikes the ball with quality and has a good vision of the game with the ability to combine these qualities in high-speed situations,” said Austin Bold FC Head Coach Marcelo Serrano. “If he can perform like this in the professional ranks, we’re going to have a great player.”

Adams spent last season with the Georgia Revolution FC, where he was a teammate of ABFC forward Promise Isaac. The 24-year-old Adams opened the season with the GA Revs Reserves and earned promotion to the club’s senior squad after registering five goals and four assists in his first six appearances.

A native of Slidell, La., Adams played one season of high school soccer at Spring Grove High School in Pennsylvania before moving to Warner Robins, Ga., where he played three seasons of club ball in the Central Georgia Soccer Association.