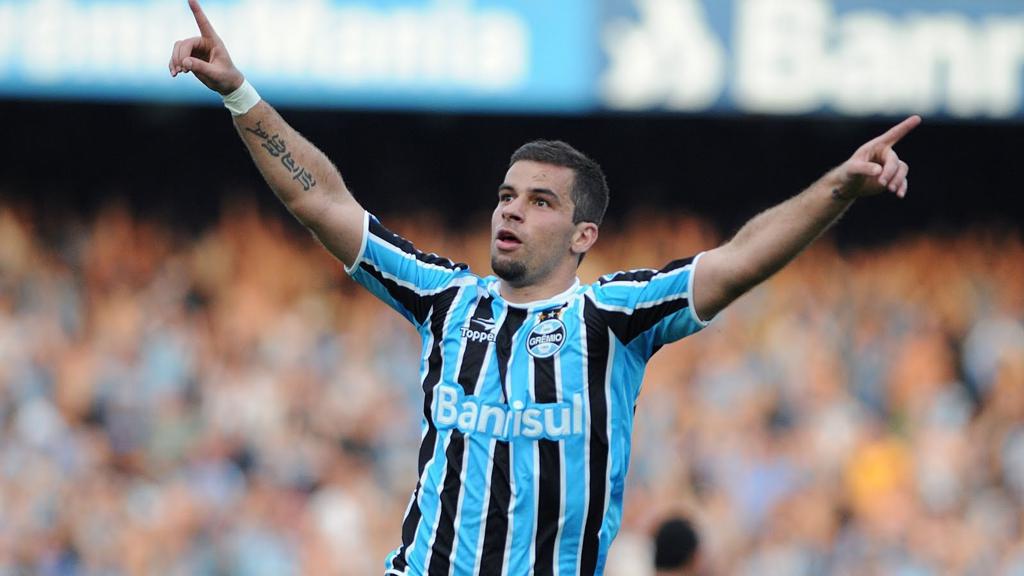 AUSTIN, Texas – Austin Bold FC has added another attacking piece to its inaugural USL Championship squad with the signing of Brazilian striker André Lima for new campaign. The signing is pending league and federation approval.

“André is well known in Brazil for his quality of play and his ability to finish inside the box,” said Bold FC Head Coach Marcelo Serrano. “I coached against André many times in Brazil – his attitude as a person and a player shows that he will be a great fit for our squad.”

Lima arrives in Austin having played the past two seasons with Esporte Clube Vitória in Brazil’s Campeonato Série A, scoring 15 goals in 44 matches. A two-time Campeonato Brasileiro Série A champion, with São Paulo FC in 2008 and Fluminense in 2010, Lima has spent 13 seasons playing in Brazil’s premier division, including spells with Grêmio and Atlético Paranaense. The 33-year-old has scored 88 goals and registered 28 assists in 284 professional appearances, and was the top scorer in the 2007 Copa de Brasil, netting five goals for Botafogo to guide the club to the semifinals.

A native of Rio de Janeiro, Lima began his youth career with Vasco da Gama, joining the senior team in 2004. Lima moved to Beerschot AC of the Belgian Pro League in 2005, helping the team to a Belgium Cup championship, before joining Brazilian club Madureira Esporte Clube in 2006. In addition to his time in Brazil, the striker has played in the Bundesliga with Hertha BSC and the Chinese Super League with Beijing Sinobo Guoan F.C.

“I feel privileged to get the opportunity to play for this club,” said Kamdem Fewo. “I am eager to give it my all so we can reach our goals for the season.”

Kamdem Fewo was born in Paris, France and grew up in Calgary, Alberta where he developed in the Calgary Chinooks youth system. He attended the University of Nevada-Las Vegas where he made 49 appearances and scored four goals during his collegiate career and played for Calgary Foothills FC in USL League Two during the 2015 season.

The 24-year-old was selected in the 2016 MLS SuperDraft by Colorado Rapids but signed with the Rochester Rhinos for the 2016 USL Championship season where he made 51 appearances and scored one goal over two seasons before signing with fellow USL Championship club Fresno FC prior to the 2018 campaign. Kamdem Fewo made 20 appearances and tallied three assists for the Foxes during the 2018 season, including the game-tying assist in the 1-1 draw against Saint Louis FC on April 7th at Toyota Stadium – Saint Louis.

“We’re absolutely delighted to have finally secured the signing of Bradley,” said STLFC Head Coach Anthony Pulis. “He’s an excellent left-back with a good amount of experience in the league despite still only being 24 years old. He’s a good one-on-one defender, has lots of pace and power, is comfortable joining the attack, and has a lovely left foot. His mentality fits our culture really well and is someone who I think has lots of potential to keep improving. We look forward to adding him to our squad and seeing that growth with us in 2019.”

TOROS ADD JAMAICAN INTERNATIONAL ON LOAN: The arrival of Jamaican international Maalique Foster highlighted a plethora of roster announcements by Rio Grande Valley FC on Saturday, with the 22-year-old arriving on a season-long loan from Costa Rica First Division side Alajuelense to help add to the Toros’ attack.

Foster has made three appearances for the Reggae Boyz over the past year and scored on his debut for the country against South Korea on January 30, 2018. He will join Carlos Small in the Toros’ attack, with the Panamanian international returning to the Rio Grande Valley on loan from Arabe Unido after tying for the team-lead with five goals a season ago.

The side also added two new faces in defender Zach Jackson, a Houston Dynamo Academy product who arrives at the club after completing his college career at Furman University, and midfielder Carlos Viveros, who played for the Dynamo’s USL League Two affiliate the Brazos Valley Cavalry during his college career.

“We are very pleased on how this preseason is going,” said Toros Head Coach Gerson Echeverry. “Our returners were very eager to push the group in a positive direction from day one. Additionally, our new signings are looking strong and ready to contribute from the start.”

“We are very pleased to welcome Augi to Los Angeles,” said LA Galaxy General Manager Dennis te Kloese. “He is a young talent who brings explosiveness and versatility to our offense. We are excited about his future within our club and look forward to providing him with opportunities for personal and professional growth.”

Before being signed by Portland Timbers 2, the Sierra Leone native played for Nomads SC U-17/18 in the U.S. Soccer Development Academy during the 2015-16 season, where he recorded 20 goals and six assists in 41 games. Williams also played for Juventus Club, based out of Redwood, Calif., and Alliance F.C. in Hayward Calif.