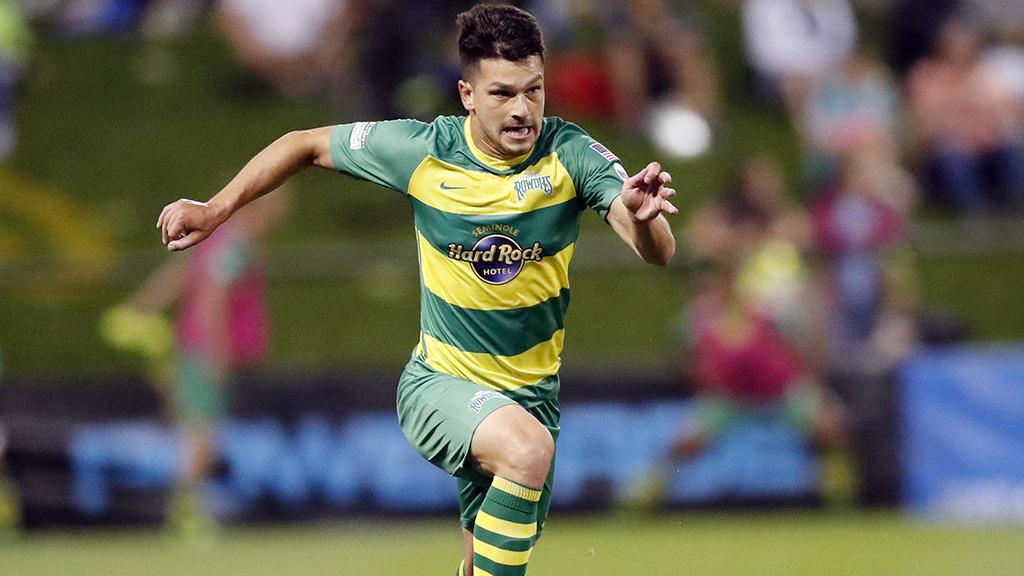 Tampa Bay Rowdies defender David Najem is back in action this preseason after seeing his first season at the club cut short by a torn ACL last April. | Photo courtesy Matt May / Tampa Bay Rowdies

ST. PETERSBURG, Fla. – There’s always a sense of excitement as players get back into action when preseason camp comes around, but for players like the Tampa Bay Rowdies’ David Najem – who saw his 2018 season come to a premature end due to a torn ACL last April – that feeling may be even more heightened.

A 2016 USL Cup-winner with the New York Red Bulls II, Najem was experiencing a strong start with the Rowdies before suffering the injury against his former club in the fifth outing of the season. Now back to full fitness, the start of this preseason offers a chance to get back into the swing of things at the start of his fourth professional year.

“It’s been such a long offseason for me because of my injury,” Najem said this week. “I had surgery in May, and then it was just a long grind, to be honest. A lot of rehab, a lot of time in the gym just doing corrective exercises, building up my strength from scratch again.”

Najem’s disappointment in being sidelined by injury was mirrored by a tough season for the Rowdies overall as the club missed out on the USL Cup Playoffs after being picked as one of the preseason favorites in the Eastern Conference. As the club gets ready for its Suncoast Invitational contests against D.C United and the Montreal Impact at Al Lang Stadium next month, Najem and his teammates are looking forward to a much better year ahead.

“It's just nice being out on the field, touching the ball and being able to do what I love again,” said Najem of preseason camp. “It’s so nice to be out on the field again, under the sun with my teammates and staff, just working hard together.”

BOLD MOVES ENERGIZE AUSTIN’S LOCALS: As USL Championship newcomer Austin Bold FC joined the league this year, it was a natural fit for the club to recruit local standouts like Sonny Guadarrama and Kris Tyrpak for its first roster.

What Guadarrama wasn’t anticipating was the level of experience that he would be competing alongside as the squad began its preparations for its inaugural season this March.

“I’m in a room with players who have more experiences of soccer than any other team I’ve played for. I’ve played for some pretty good teams,” Guadarrama told the Austin American-Statesman’s Chris Bils at the club’s media day this week. “The coaches have brought in players from all over the world to come and play in Austin.”

After spending more than a decade competing in Liga MX and Ascenso MX, Guadarrama has seen his fair share of talent, but the connections brought by Bold FC General Manager Roberto Silva and Head Coach Marcelo Serrano possess from their experiences prior to arriving in Austin have brought in players that could put the side in immediate playoff contention.

The likes of former Chivas de Guadalajara midfielder Xavier Baez, Argentine Dario Conca, Brazilian Kleber and the Netherlands' Edson Braafheid – who played for his country in the 2010 World Cup Final – are expected to bring leadership to a side that is now looking to build a cohesive unit.

“I will bring 100 percent on the field, but supporters shouldn’t come to just see Conca or Kléber,” Conca told Bils. “They need to come to see all the team. Bold is a project — it’s a club. We are thinking like a family.”

With the club’s home opener on March 30 against San Antonio FC one of the must-see games in the first month of the regular season – and an opportunity for Guadarrama, Tyrpak and goalkeeper Diego Restrepo to face their former club – Bold FC is hoping it will be ready to hit the ground running. 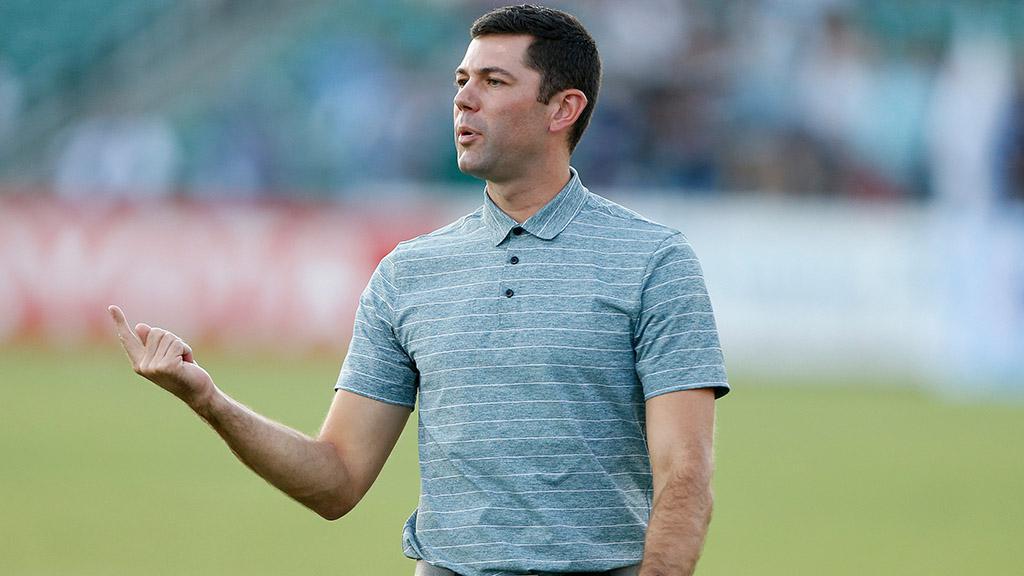 PULIS ANTICIPATING EASTERN CHALLENGE: Saint Louis FC returns to the Eastern Conference for the 2019 Championship season, and for Head Coach Anthony Pulis that move will bring benefits as well as some serious competition for his squad.

“It’s definitely better for travel, both for the team and for our fans,” Pulis told the St. Louis Post-Dispatch’s Joe Lyons this week. “With all due respect to the Western Conference, I feel like the Eastern Conference is going to be incredibly difficult this season. You’ve got a lot of top clubs who are spending money and doing everything they can to improve.”

Saint Louis reached the USL Cup Playoffs for the first time in its first season under Pulis’ leadership, and while the side has seen some players move on this offseason the reinforcements at Toyota Stadium – Saint Louis like El Salvador international Joaquin Rivas and former Colorado Rapids forward Caleb Calvert are expected to keep the side in contention for a return to the postseason.

Pulis himself has had a good offseason, becoming one of the USL Championship Head Coaches to last month complete his USSF Pro Coaching License. With the club set to officially open its preseason on Monday, the 34-year-old’s primary goal now is to pull the squad together and develop a similar chemistry to that experienced by the side a year ago which proved key in the club’s playoff trip.

“At this level, there are always going to be changes,” Pulis told Lyons. “Contracts run out, guys decide to move on and the team’s needs change. We feel good about the guys we’ve brought in; they’re quality players with skills we feel can help make us a better team. But time will tell.

“A key to last year was how the group came together and developed as a unit. That’s why the next few weeks mean so much for us; we need to get these guys together so they can get to know each other on and off the field and hopefully start to develop a little bit of that bond.”