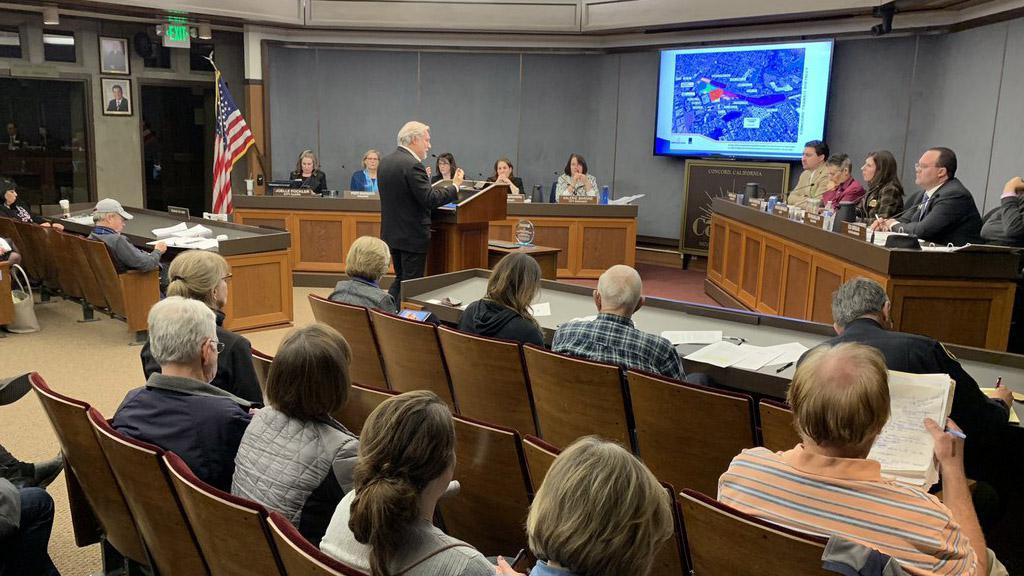 CONCORD, Calif. – USL East Bay’s proposed mixed-use site, which would feature an 18,000-seat stadium for a new USL Championship club alongside hotels, a convention center, apartments, and retail/commercial space took a step forward on Tuesday night when the Concord City Council voted 4-1 to sign an “initial exclusive negotiating agreement” with Walnut Creek-based Hall Equities Group LLC to move the project to the next stage.

Led by Mark Hall, who in December 2017 acquired the rights to a Championship franchise for Oakland East Bay, Hall Equities Group LLC proposed the complex that would be located near the Concord Bay Area Rapid Transit station. The exclusive negotiation period will be for 18 months, and should it be approved the agreement would open the way for formal studies of the project's feasibility and its possible fiscal impacts.

The overall project would cover approximately 33 acres, of which around 20 percent is Concord-owned property. The rest of the land is owned by BART, meaning the initial exclusive negotiating period would allow Hall Equities Group to work with Concord on studying the costs and other details of the project while at the same time discussing the proposal with BART.

At the public hearing on Tuesday night BART District 1 Director Debora Allen was among those to voice support for the project.

“A creative group of people are exploring bringing this project to our community,” Allen said. “It’s more than a stadium. … There is housing and there are other types of buildings and structures and potential uses being explored.”