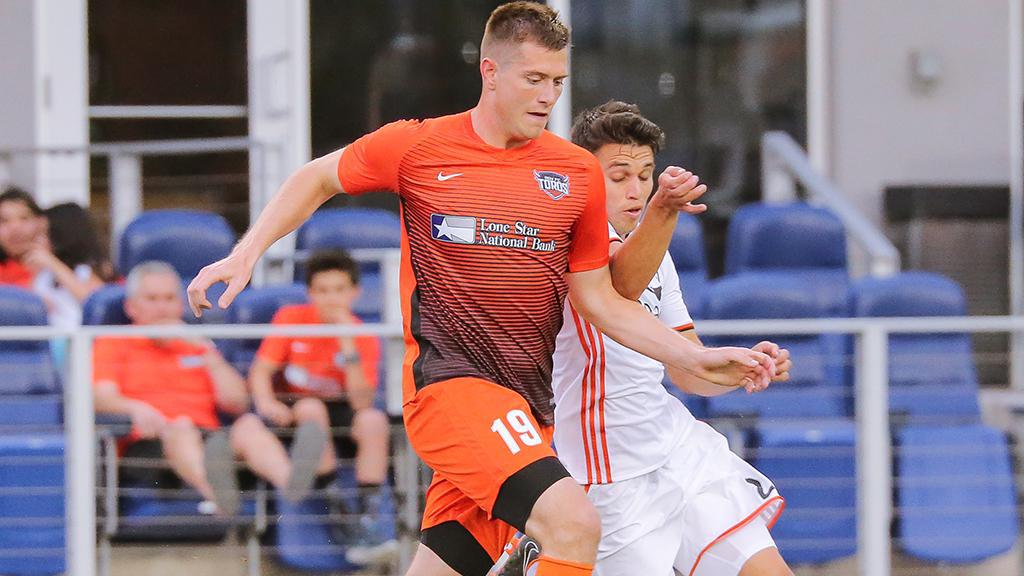 HARTFORD, Conn. – Former Houston Dynamo forward Mac Steeves led a quartet of new signings announced on Thursday by Hartford Athletic as the club continued to build toward its inaugural season in the USL Championship this spring. Experienced defender Ray Lee was also among the new faces added to Head Coach Jimmy Nielsen’s side, as were Championship newcomers Nicky Downs and Nikolaj Lyngø.

A former collegiate standout at Providence College, Steeves competed for both the Dynamo and on loan with the Championship’s Rio Grande Valley FC in his rookie professional season. A native of Needham, Mass., Steeves was the second-leading goalscorer in Providence’s history with 35 goals over his career for the Friars and was named to the All-Big East First Team twice. In 2014 was named the NCAA College Cup Most Outstanding Offensive Player after a standout freshman season for the side.

Steeves is joined by fellow New England native Downs, who becomes the first Connecticut native to join the club. Downs played collegiately at Yale and was named to the Ivy League’s All-League First Team in his senior season last fall.

“There is so much soccer talent in this state and region, and we have some of the best college programs in the country,” said Bruce Mandell, Chairman and CEO of Hartford Athletic. “We’re excited to sign our first Connecticut player and look forward to continuing to support the growth and development of the game across the state.”

“I am thrilled and grateful to begin my professional career with Hartford Athletic,” said Downs. “As a Connecticut native, it's so special to start my career with my local club. I am humbled by this opportunity and can't wait to bring home some championships.”

Lee has made 66 appearances in the Championship over his career and was a mainstay on Pittsburgh Riverhounds SC’s league-best defense in the 2018 season as he made 29 appearances for the club as it reached the USL Cup Playoffs. Lee was originally drafted by the Philadelphia Union in the Fourth Round of the 2015 MLS SuperDraft and has had previous stops in the Championship with Tulsa Roughnecks FC and the Rochester Rhinos.

Lyngø is a 20-year-old defenseman who most recently competed for Jammerbugt FC in Denmark. Before playing with Jammerbugt, Lyngø played for the U19 team for AaB Fodbold of the Danish Superliga. During the 2017 season, he was promoted to the first team and made his debut for the club in the SuperLiga in May 2018.