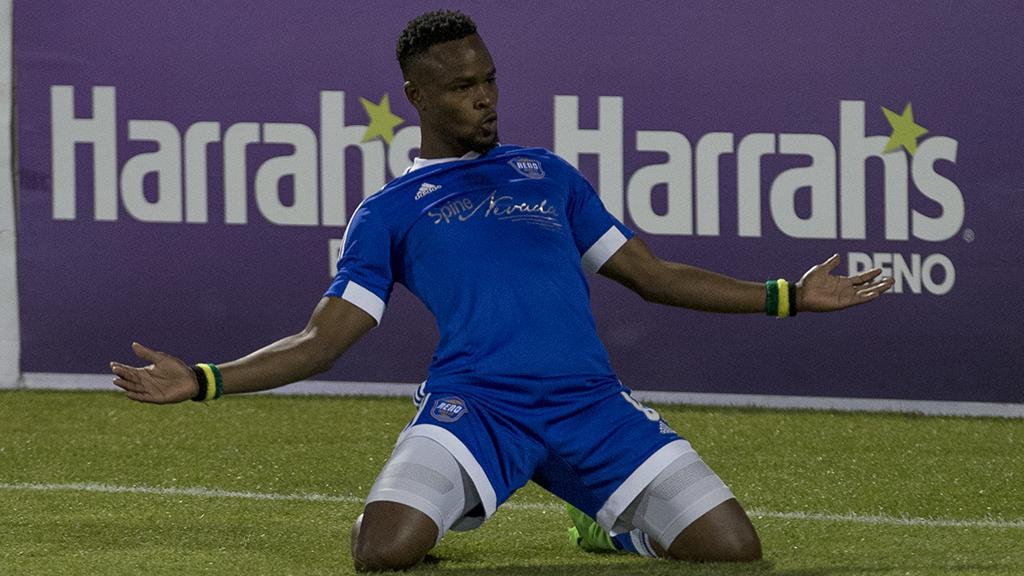 INDIANAPOLIS – Indy Eleven unveiled another major addition to its squad for the 2019 USL Championship on Wednesday evening with the signing of the league’s all-time leading scorer Dane Kelly, pending league and federation approval. The Jamaican international joins the Boys in Blue from Major League Soccer’s D.C. United, with which he spent the 2018 campaign.

“Dane Kelly is a very dynamic player that provides pace to get in behind opponents, who can stretch a team, and who is a big goal scoring threat,” said Indy Head Coach Martin Rennie. “He is in his prime and in the Jamaican National Team squad. He is hungry to succeed, and we look forward to working with him.”

Kelly has recorded 67 regular-season goals in the Championship, the most of any player since the league’s inception at the start of the 2011 season having competed for the Charleston Battery (2011-2015), Swope Park Rangers (2016), Reno 1868 FC (2017) and Richmond Kickers (2018) since his arrival in the league at the start of the decade. Kelly has also recorded five goals in the USL Cup Playoffs and has been selected as an All-League selection three times in seven full seasons in the league.

The 27-year-old produced a career season two years ago with 1868 FC as he claimed both the Championship Golden Boot with a single-season high of 18 goals and the league’s Most Valuable Player award after leading the expansion side to a regular-season record of 75 goals.

His performances in Reno led to his first call-up for the Jamaican National Team that fall, and he has since scored two goals in four appearances for the Reggae Boyz.

Last season, the Saint Catherine Parish, Jamaica native made his MLS debut as a late-match substitute for D.C. United on March 31. Beyond regular season action, Kelly started at home in United’s Lamar Hunt U.S. Open Cup clash against the USL Championship’s North Carolina FC that saw the side advance from the Fourth Round.

Kelly is the latest in a series of high-profile additions made by Indy this offseason, which has also seen the side bring aboard 2018 USL Championship Golden Glove-winner Evan Newton and 2018 USL Cup-winner Ilija Ilic, who will join Kelly in the Eleven’s attack this season. Indy will open the 2019 regular season on Saturday, March 9 against Saint Louis FC at Toyota Stadium – Saint Louis.