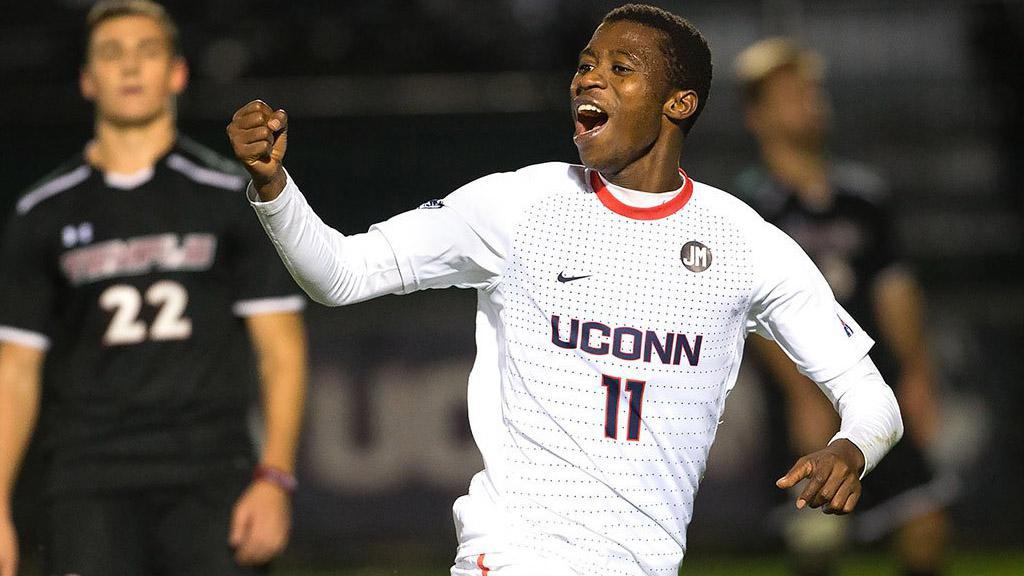 Abdou Mbacke Thiam's 46 goals at UConn placed him tied for fourth all-time in Huskies history, and in 2018 was named to the All-AAC First Team. | Photo courtesy University of Connecticut Athletics

LOUISVILLE, Ky. – Defending USL Cup champion Louisville City FC added another piece to its forward line on Tuesday with the signing of former University of Connecticut forward Abdou Mbacke Thiam. The signing is pending league and federation and approval.

Thiam concluded his career for the Huskies tied for fourth all-time in career goals (46) and is coming off a season in which he recorded 15 goals and 10 assists in 20 appearances to earn All-American Athletic Conference First Team honors. The newcomer said he was excited to join Louisville as it prepares to defend its title in the new USL Championship season.

In addition to his 46 career goals, the Senegalese attacker added 18 assists in 77 appearances over four years with the Huskies. One of the only players in UConn history to reach the double-digit goals mark each season, Thiam was also named to the United Soccer Coaches All-East Region First Team after his standout senior season last fall.

“Abdou had an outstanding career at UConn under coach Ray Reid,” said Louisville Head Coach John Hackworth. “He is a proven goalscorer and is versatile enough to play any of our attacking positions. [Assistant] Danny [Cruz] and I liked what we saw when evaluating him on video and our opinions were reinforced by his performance at the MLS Combine. More importantly, when we met with Abdou in Orlando, it was clear that his personality and character would fit our locker room culture.”

Sasivarevic was a standout at Grand Canyon University before being drafted by FC Dallas in the 2018 MLS SuperDraft. Sasivarevic also played for Lane United FC of USL League Two in 2016.

“Amer is a left back, primarily,” said Energy FC Head Coach Steve Cooke. “He likes to get forward, and in college at Grand Canyon University, he did really, really well from an attacking perspective. We first saw him after last season’s draft when FC Dallas picked him up from the combine, and we saw him in preseason games. I went down to watch him, and we also played against him. Amer was a very consistent, very hardworking, very hard-nosed defender, who was decent with the ball as well.

“Having spoken to Oscar Pareja and Marco Ferruzzi, they were raving about his attitude, commitment and work ethic. So, from not only a playing standpoint but from a cultural standpoint, we think Amer fits perfectly with us.”