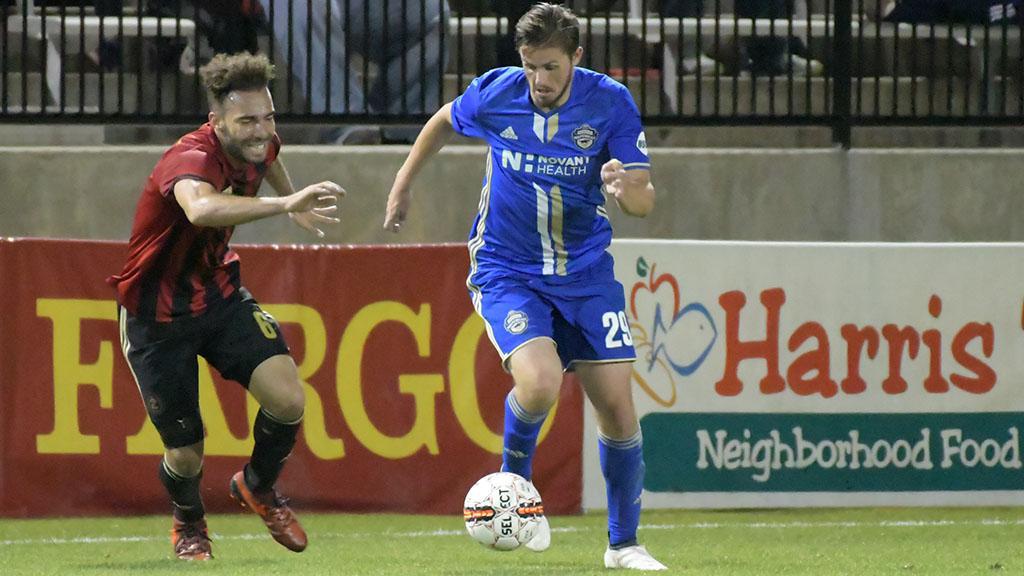 ST. LOUIS, Mo. – Saint Louis FC announced on Saturday it had signed young forward Caleb Calvert, pending league and federation approval, for the 2019 USL Championship season. A former selection to the Championship 20 Under 20, Calvert brings extensive experience from time on loan with the Charlotte Independence over the past four seasons from the Colorado Rapids.

“I’m excited to join the club and get to work to contribute right away,” said Calvert. “I think [STLFC Head Coach] Anthony [Pulis] has a great vision for the club and I’m looking forward to meeting my new teammates and playing in front of all the supporters.”

Calvert was born in Wrightwood, Calif. and signed a homegrown contract with Chivas USA when he was 16 years old to make him the youngest signing in the former MLS club’s history. He joined the Rapids in 2014 as part of the MLS Dispersal Draft and was loaned to affiliate club Charlotte Independence at the start of the 2015 USL Championship season.

“Caleb is a young player that is very appealing because, in my opinion, he has all the attributes to be a successful forward in this league,” said STLFC Head Coach Anthony Pulis. “He is big and strong, a powerful runner, works hard, and has great technical qualities regarding his link-up play and finishing. The exciting challenge now is to work closely with him to piece everything together and help him develop.  He’s extremely motivated to do well and I’m really looking forward to work with him.”

“Adrian arguably has been our most reliable, consistent and versatile player over the past two seasons for Galaxy II,” said LA Galaxy II Head Coach Mike Muñoz. “You can play Adrian in multiple positions and you know you are going to get a consistent performance day-in and day-out which is very important for a young professional. He knows our culture coming through the Academy and I look forward to a big year for Adrian.”

Vera, of Norwalk, Calif., is set for his fourth full season with Los Dos, having joined the professional ranks with the USL Championship side in 2015 at the age of 18.

Vera has made 71 appearances for LA Galaxy II since his signing in 2015. In that time, he has scored seven goals and provided five assists for Los Dos.

“We're looking forward to welcoming Modou and Ben to Seattle,” said Sounders FC Director of Player Development Marc Nicholls. “They are both products of our strong African scouting pipeline, and we're excited about what they can bring to our club.”