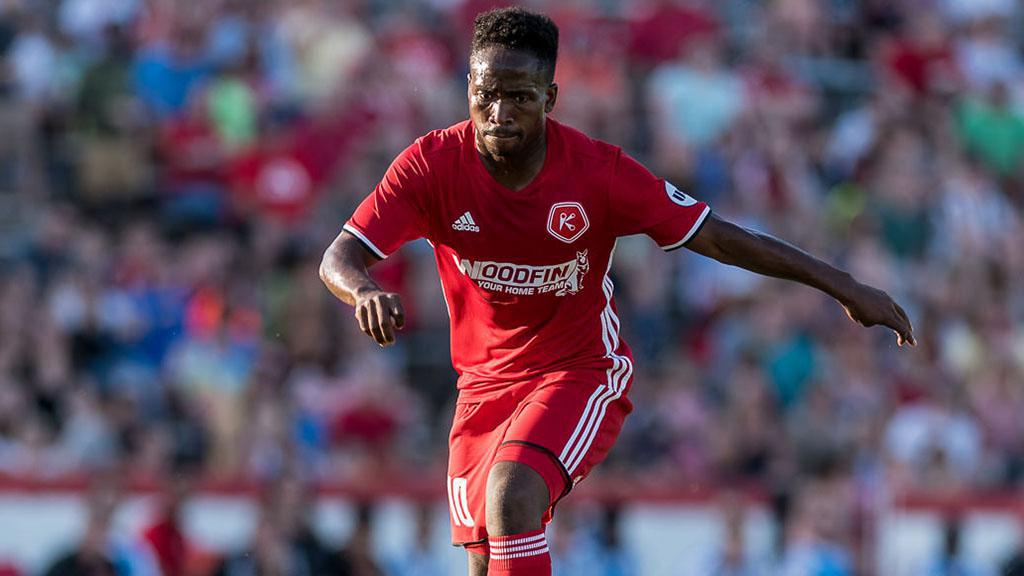 The club also announced the departure of goalkeeper Greg Ranjitsingh and midfielder Kyle Smith, both of who were unveiled as the newest members of Major League Soccer’s Orlando City SC on Wednesday morning.

Making his return to the USL Championship after most recently competing overseas for Phnom Penh Crown of the Cambodian League. Jane expressed his excitement about the opportunity to return home and play for LouCity.

“I am from Louisville and went to Trinity High School so playing for my city has always been my dream since the team joined the [league],” said Jane. “This is a dream move for me and I’ve waited for this opportunity for so long. I am coming home, and nothing is better than that for me.”

Jane has scored 14 goals and six assists in 91 USL Championship appearances over his career, having previously competed for Wilmington Hammerheads FC and the Richmond Kickers. Louisville Head Coach John Hackworth said he was made aware of Jane’s availability in part thanks to former LouCity goalkeeper coach and Lesotho international Thabane Sutu.

“I owe a thank you to Thabane for letting me know that Sunny was available. Sunny is a player that I have admired from afar for a long time. I’m excited for the opportunity to work with him and believe he can help us reach our always lofty expectations.”

Dobrowolski re-signed with Louisville having made more than 20 appearances across all competitions for the club as a back-up to Ranjitsingh over the past three seasons. Dobrowolski played a key role in Louisville’s run to the Quarterfinals of the 2018 Lamar Hunt U.S. Open Cup, the deepest run in the club’s history.

“I’m absolutely thrilled to be back with Louisville,” said Dobrowolski. “There’s a culture here like none other and I know we will only improve from years past. I’m looking forward to getting after it down in Florida [in preseason].”