Inside Making the 2019 USL Championship Schedule 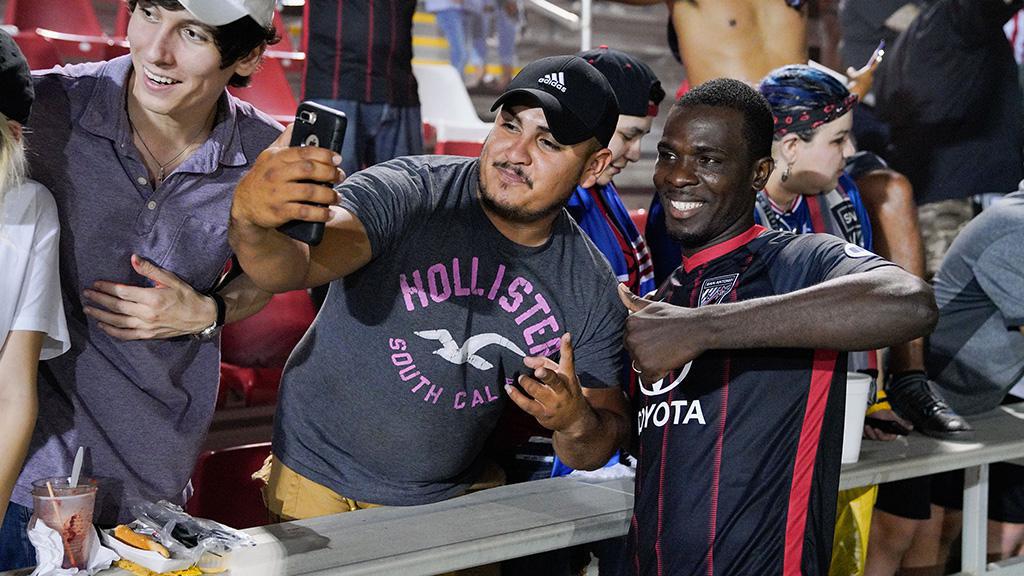 Released in December for the first time, the 2019 USL Championship schedule has plenty for clubs and player to be excited about for the new season. | Photo courtesy Darren Abate / San Antonio FC

In fact, when the league first requested dates from its clubs to begin the process of building out the biggest season in the league’s history on August 3, there were still more than 200 regular-season games in the 2018 campaign left to be played.

The group led by USL Senior Vice President of League Operations Brett Luy, however, believes that the combination of the expansion of the regular season to 33 weeks and the work put in by both league officials and the USL Championship’s clubs has resulted in the best schedule in the league’s history.

“We’ve been able to get a lot of those premier matches that the teams want to have on weekends, so the supporters can travel, we’ve been able to accommodate a lot more of those requests than we’ve ever been able to do,” said Luy. “As we look to make the league as sustainable as possible for the clubs, their owners and obviously the fans as well, it goes a long way toward increasing the professionalism of the league and driving those efforts if we can get them on the exact dates that they want them to be on, and I think by adding a few weeks to the season we’ve been able to accommodate that more than we ever have.” 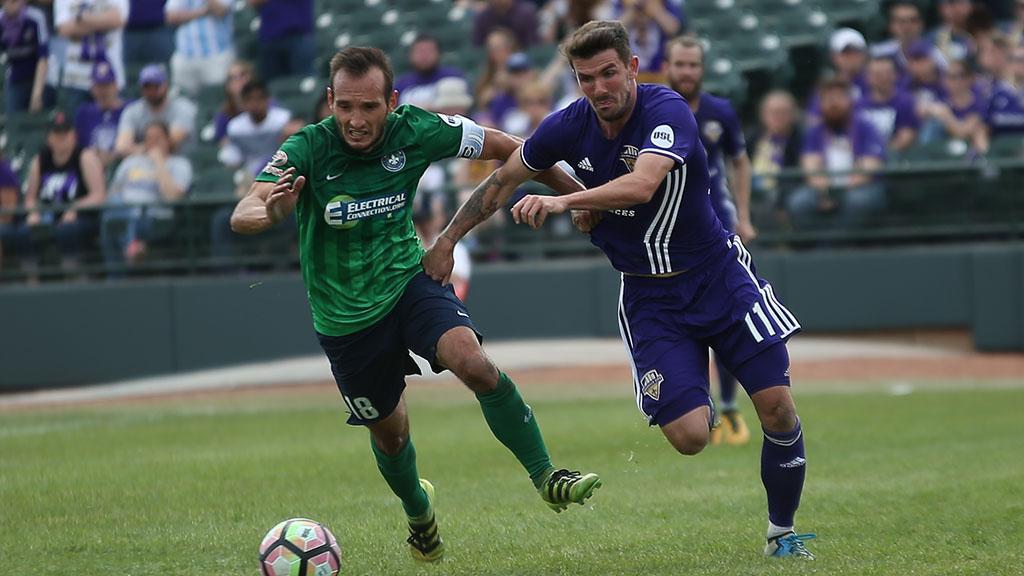 The expansion of the 2019 USL Championship regular season to 33 weeks has helped ensure big games like those between Louisville City FC and Saint Louis FC for the Kings' Cup will be played on Saturdays this year. | Photo courtesy Em-Dash Photography

The process of putting together a schedule of this size is part automation and part in-house knowledge. After the six-week process of collecting information from teams on their preferred primary home dates, secondary home dates and blackout dates at their venues, the first step for the league was to upload all the club information into GotSport’s scheduling processer. Luy estimates that accounted for about 80 percent of the initial schedule, but it still left a lot to be done manually by Luy and colleagues Dan Lohrs and Justen Braddock, both Directors of League Operations, as they implemented specific requests from clubs as to how their home dates would fall on the calendar.

Having been part of the scheduling process now for four years, the innate knowledge of what certain clubs are looking for carried by Luy and others is an essential part of formulating a schedule that will accommodate everyone’s needs. This year’s end-result sees a schedule in which almost three-quarters of the regular season will be played on Saturdays, and a reduction in the number of multiple-game weeks for a lot of clubs.

“It’s obviously been a goal of ours to try and get as many games on weekends as possible,” said Luy. “The feedback and the numbers would certainly dictate that’s where the best revenue-generation opportunities for the teams exist, on weekends, specifically Friday, Saturday and Sunday, but mostly Saturday, so that’s always been the goal from our end. I think we’ve now got enough opportunity from a length-of-season standpoint to go out and accomplish that task but hats off as well to our teams.

“We’ve got a lot of teams coming in now and a lot of teams in the future who are looking to be the owners and operators of their venue which goes a long way to accomplishing that goal, and we’ve also got the support of the Board of Governors, who made the decision and made vote to get us those two extra weeks this season.” 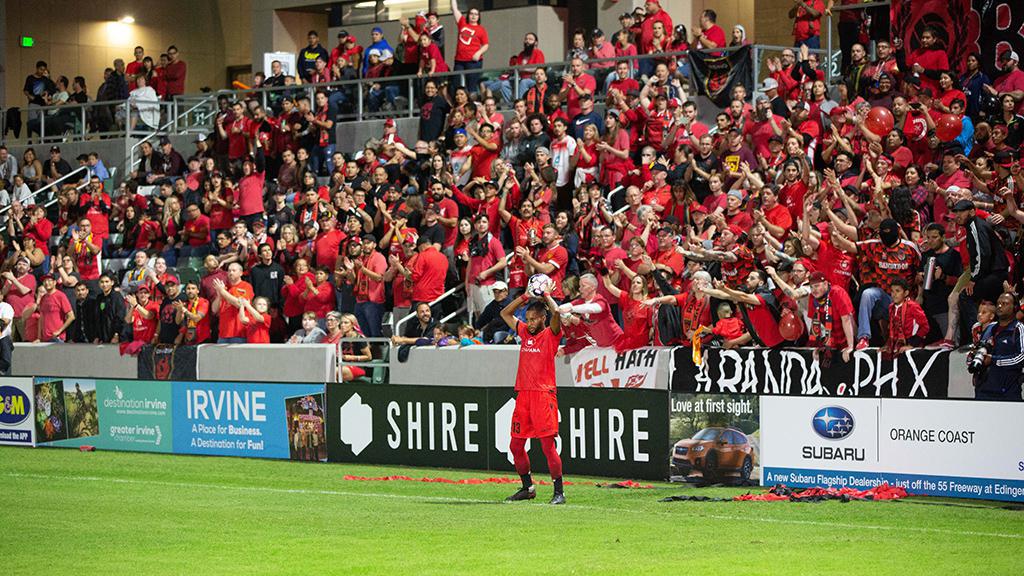 Almost three-quarters of the 2019 USL Championship schedule will be played on Saturdays, giving more opportunity for fans to travel and support their clubs on the road. | Photo courtesy Michael Rincon / Phoenix Rising FC

In addition to extending the league’s regular season to 33 weeks – resulting in the earliest kickoff in the USL Championship’s history – there is also the added wrinkle of an expanded playoff field, which was approved by the Board of Governors following a recommendation by the Competition and Strategy Committee. Following the drama of the 2018 USL Cup Playoffs, and the large crowds that turned out to see the postseason unfold, the pros of introducing a Play-In Round ahead of the Conference Quarterfinals was an attractive proposition to the league’s ownership groups.

“We’ve seen over the course of time that the numbers would dictate from club performance and attendance and revenue generation, playoff games are unequivocally our best drivers of eyeballs and attention, and also revenue for the teams,” said Luy. “From that standpoint, the Competition and Strategy Committee actually presented that to us without being prompted. … They recommended that we expand and lengthen the level of interest for the teams that are on the fringe of making or not making the playoffs, and it then gives us two more teams in multiple markets as they race for those two new spots.”

Maybe the most important aspect in the release of 2019’s schedule, though, is that for the first time it has arrived in December, giving teams more lead time as they ramp up season-ticket and single-game ticket sales ahead of the holidays and getting supporters the information they need to start planning for the games – home and away – that they’ll be attending in the 2019 season.

“More time benefits everybody, certainly, especially with the expansion of the season,” said Luy. “We’ve been trying to make the goal of everybody having their schedule in hand and being able to go to market with it and engage the fans before the holiday season, so it does feel good to finally accomplish that task, and the earlier and earlier we can present it in the next few years we’ll certainly look to do so because the more time from a planning standpoint in any walk of life is never a bad thing.

“It was fairly demanding on the group admittedly in terms of timelines and requests to make sure we were able to meet the deadline, but I think the end result of getting the schedule out a month in advance of anything I can ever recall us having it out previously is a big positive. We keep bumping that timeline up, we just happened to have taken a quantum leap forward this year which I think is going to benefit everyone.”