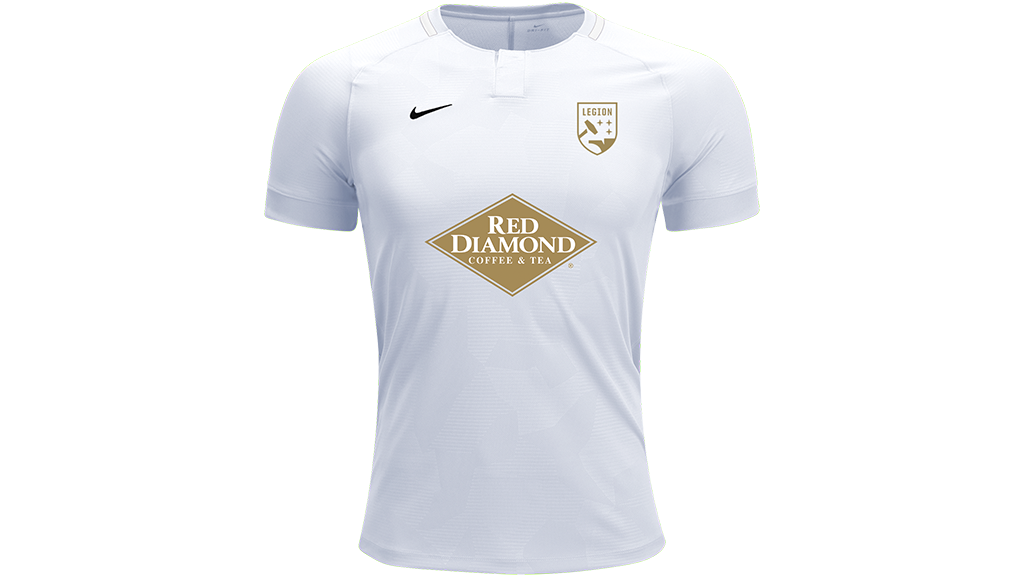 BIRMINGHAM, Ala. – On Monday, Birmingham Legion FC released its first jersey ahead of the club’s 2019 inaugural USL Championship season.

The first kit in Legion FC history is the Gold Standard edition, utilizing the club's core color, Molten Gold, which symbolizes its character and sportsmanship, and sets the bar for the club at the highest level.

“Our 2019 jerseys will exemplify who we are as a club,” said Legion FC President and General Manager Jay Heaps. “We have a gold standard set of goals for the club. The Molten Gold in this kit exemplifies that commitment.”

The white and Molten Gold inaugural kit prominently features title partner Red Diamond Coffee & Tea on the front and jersey partner Pepsi on the back. The Legion FC rally cry “Hammer Down” adorns the jersey between the shoulder blades and is paired with the club symbols, the hammer and anvil, which represent not only the city’s past, but also the club's might and ability to bend opponents to its will.

Jerseys are available in the Legion FC Team Shop and at bhmlegion.shop, and will be available for purchase at all Legion FC home games.

Specific player jerseys and options to customize a shirt with a name and number will be made available at a later date.