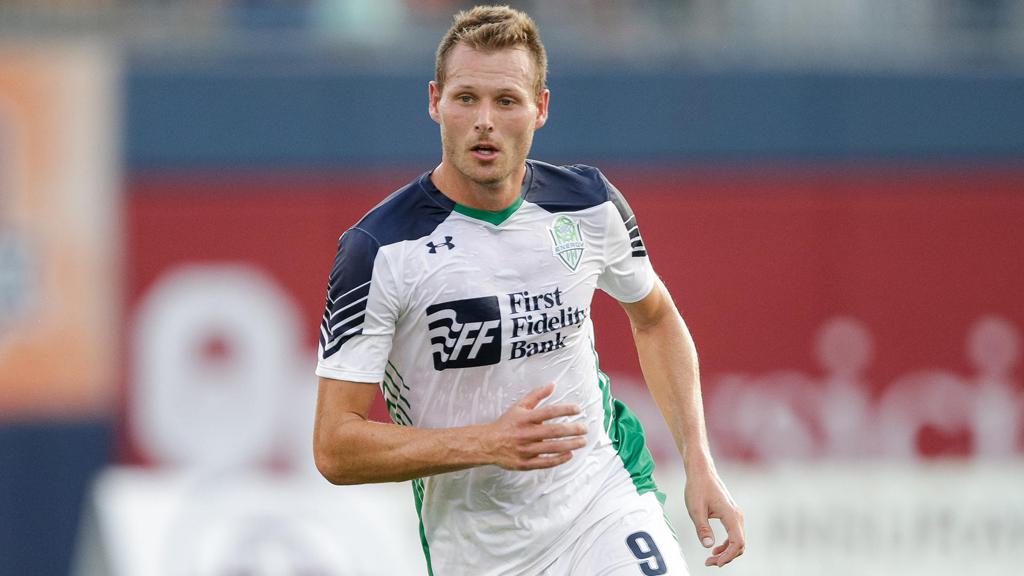 “I’m extremely excited and honored to start this next phase of my career with Phoenix Rising FC,” said Jahn. “I’m committed to doing anything in my power to help the team bring home a USL Championship, and I can’t wait to get started.”

Jahn most recently played for Crew SC, where he appeared in 41 matches over three seasons and tallied six goals and one assist. In 2017, Jahn scored the game-winning penalty kick in the knockout round of the Audi MLS Cup Playoffs to eliminate Atlanta United FC.

The 27-year-old California native was previously selected 15th overall in the 2013 MLS Supplemental Draft by the Quakes. He made his professional debut as a substitute on March 3 that year and scored his first professional goal in his second appearance against the New York Red Bulls. Over the course of six seasons in MLS with the Earthquakes and Crew, Jahn has appeared in 103 matches and has scored 12 goals while providing two assists.

Jahn also featured on loan for Sacramento Republic FC while with the Quakes, and this past season spent 10 games on loan with Energy FC in which time he recorded three goals and one assist for the side.

Peay has made 66 appearances in the USL Championship in his career, having played previously on loan with Orange County SC and the Portland Timbers 2 before signing with the Monarchs prior to the 2017 season. Peay helped the side claim the 2017 USL Regular Season Championship in his first season with the club and made 28 appearances over two seasons with the club, the second of which saw him signed to an MLS contract with Real Salt Lake.

“We are thrilled to add a player of Taylor’s quality and experience to our group,” said LouCity Head Coach John Hackworth. “He’s a player and person that we believe will represent the club both on and off the field in a positive manner. [Assistant coach] Danny [Cruz] knows Taylor extremely well and we both believe that Taylor’s best performances are in front of him.  We are excited to get started on that process with him.”

“I’m very excited to be joining such a tremendous group of guys and contributing to the winning tradition that Louisville has established,” added Peay. “Can’t wait to get started on the 2019 season.”

“We have had our eye on Drew for the past year and we are delighted to bring him into the club,” said Republic FC General Manager Todd Dunivant. “Drew is a winner and brings a never-ending engine to our midfield. The more we saw of Drew, the more we liked, which makes us very upbeat for his integration in 2019.”

Skundrich joins Republic FC after spending a season with USL Championship side Bethlehem Steel FC. The 23-year-old midfielder made 28 appearances last year for the Pennsylvanian club, 15 as starts, while recording two goals and three assists as he helped the side reach the 2018 USL Cup Playoffs.

Prior to joining Steel FC, Skundrich was part of the Stanford University team that won three consecutive NCAA Championships from 2015-17, including the 2016 final against Wake Forest University and fellow Republic FC midfielder Hayden Partain. During his four seasons with the Cardinal, Skundrich scored nine goals and added 13 assists. He served as co-captain in his junior and senior years, earning All-Pac 12 First Team and All-Pac 12 Second Team honors, respectively, during that span.

Skundrich also spent time with former USL League Two side Burlingame Dragons FC during his collegiate career. He made eight appearances for the club during the summer of 2016, helping guide the Dragons to an appearance in the Western Conference Semifinals of the PDL Playoffs.