Salgado Opens Up About Homecoming with Locomotive FC 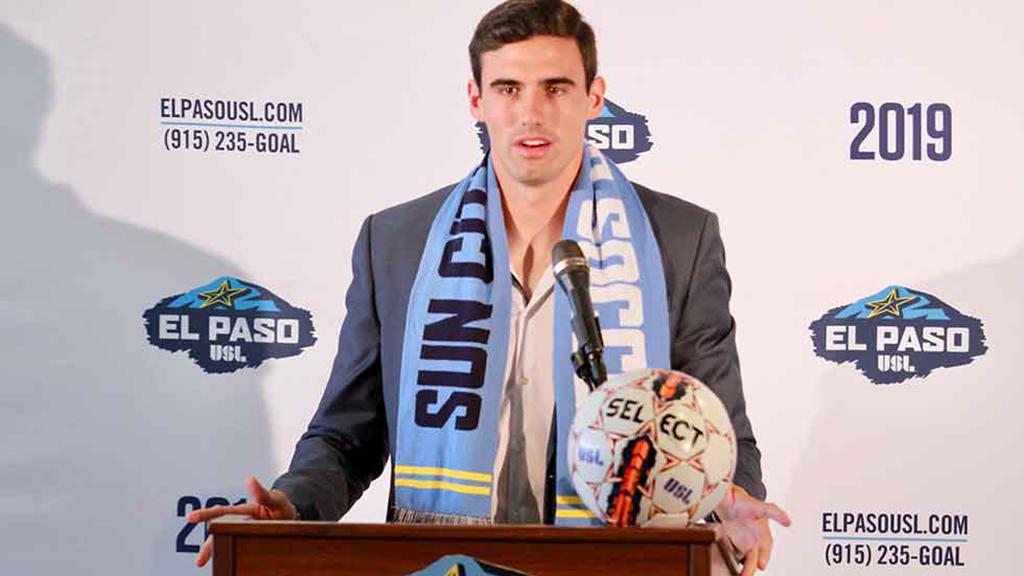 Omar Salgado’s career has taken him from El Paso, Texas to different countries, and seen him represent both the United States and Mexico at the international level, but according to a guest column for the El Paso Times published Monday, signing with his hometown club – 2019 USL expansion side El Paso Locomotive FC – is “a dream come true.”

The former Vancouver Whitecaps FC and Tigres UANL forward, who was unveiled as Locomotive FC’s first signing in June, cited the influence his upbringing had on his future career which will see him lead Head Coach Mark Lowry’s side when it takes the field at Southwest University Park next spring.

“There was nothing more exciting than playing alongside young El Pasoans and Juarenses who would give their all to the sport — leaving behind sweat and tears on the field — and then come together at Village Inn to celebrate a hard-fought game,” wrote Salgado. “Those early games, and early coaches, taught me everything I have used in my soccer career.”

After June’s announcement, Salgado spent the remainder of the past season with fellow USL Championship side Las Vegas Lights FC, where he recorded three goals and two assists in 14 appearances for the side. Now back in his hometown after spending the first eight years of his career – which began with his selection as the No. 1 pick of the 2011 MLS SuperDraft by Whitecaps FC – elsewhere in North America, the 25-year-old is eager to embrace the changes and growth El Paso has seen in his time away.

“It was a no-brainer for me to be part of this movement sweeping El Paso, not only because I would have unlimited access to mom’s home cooking, but because I could be part of creating new opportunities for future El Paso youth who find their passion in soccer,” Salgado wrote.

“While I’m excited to have family cheer me on at Southwest University Park, I’m also excited about cheering on my own community. A lot has changed since I left El Paso — downtown is lively and booming with new restaurants; new parks where kids can practice sports are sprouting up throughout the city; and new community events, concerts, and vibrant nightlife are giving El Pasoans something to look forward to every week. There is new energy and signs of progress all around us, and I want to be part of that movement.”

El Paso Locomotive FC is one of seven new clubs set to join the USL Championship for the 2019 season. To read Salgado’s full guest column for the El Paso Times, visit the newspaper’s website here.