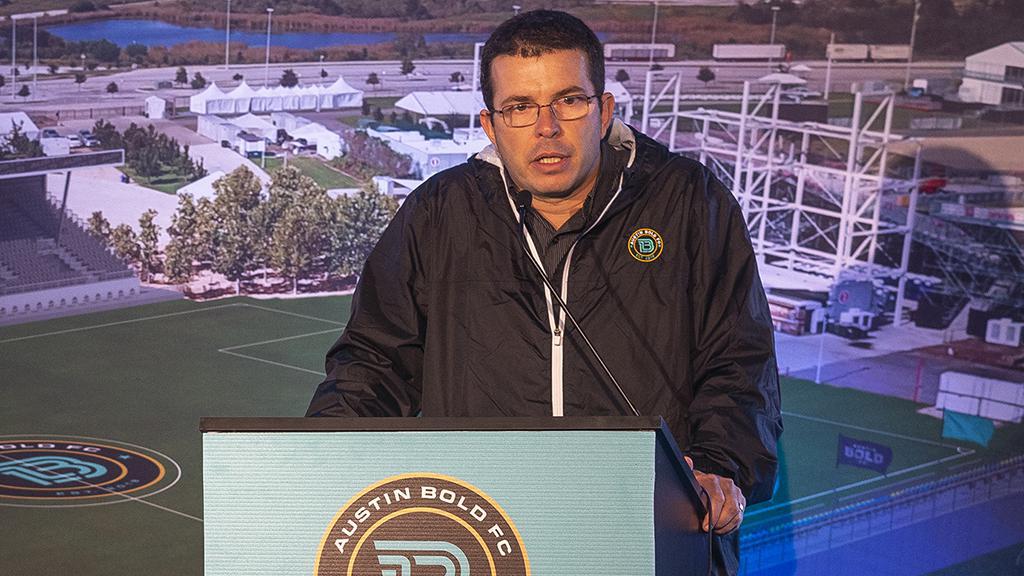 From the official announcement that Austin Bold FC would take the field for the 2019 USL Championship season in August, to appointing the club’s first Head Coach Marcelo Serrano and introducing some of the players that will take the field next spring, to the club’s groundbreaking on its soccer-specific stadium in October, it’s been a busy few months for General Manager Roberto Silva.

One of seven new clubs set to join the league next year, Bold FC has been among the more aggressive when it comes to setting out its stall for its inaugural campaign. From the signing of local standouts Kris Tyrpak and Sonny Guadarrama to the introduction of former Liga MX midfielder Xavier Báez – who joins a solid contingent of overseas veterans at Serrano’s disposal – the club’s squad is taking shape as it brings professional soccer back to the capital of Texas.

At the recent USL Winter Summit, we caught up with Silva to find out how he thought things had progressed since August’s unveiling of the club’s official name and colors, and why embracing the journey the club is on might mean more to him than any end destination.

USL: You guys are in the process of building a team from scratch, how has that process been going?

Roberto Silva: I think it’s been better than we expected, especially on the recruiting side of it. I think there were a couple of factors in that. One is our Head Coach Marcelo Serrano with his knowledge of the U.S. markets through the time he worked for the U.S. National Team, and his international experience is helping us with that relationship with the players overall.

The second factor is that selling Austin is an easy sell. Any player who’s thinking about it Googles ‘Austin’ and you see all the good things that are happening in the city, so I think that’s also a good aspect, and then last but not least I think the whole concept and environment we’re trying to create – a very friendly locker room, good environment, a group of friends doing good soccer and a good product and the kind of soccer we want to play. I think word is getting out there between the players, so recruiting has been a fun and good, exciting moment for us.

USL: What have some of the challenges been so far?

RS: I think starting from scratch on a lot of things is always a challenge, right? We’re not just putting a roster together, not just putting a front office together, we’re building a stadium at the same time, so I think all of that is the biggest challenge, making sure all the balls are rolling and we’re not dropping any of them. I think we’re in good shape, we’ve got a good structure overall from Circuit of The Americas where we’re building the stadium, they have a very strong structure, a very fan-oriented staff, which is going to really help us create a good environment for the team and for the fans when they come in.

USL: You talked a bit about building a front office, what sort of challenges does that entail and how do you make sure you have the best people?

RS: It’s hard. Hiring is always that challenging. You might have a couple of hours to make a decision on somebody that’s going to be working with you for maybe years, and it’s an unfair way to select people, but that’s how life goes. I think that’s the challenging part, really trying to find that person that’s going to fit, not just delivering the job that they have to do but just being the right person. One thing that we’ve been doing in that with the players also, and what we’re trying to end up doing with the front office is trying to look at the person before we look at the professional. If you have a good person, chances are you’re going to have a better professional are higher. To get that feeling off a couple of interviews – and sometimes even calls, it’s not even a face-to-face – I think that’s the biggest challenge that anybody who hires on any kind of job has.

On the other hand, the good thing about having the Circuit of The Americas again with all the people they have already gone through, we’re using some of those professionals and moving them to the front office of the team or even using them on both companies at the same time, so there are challenges, but I think we’re in the right place. 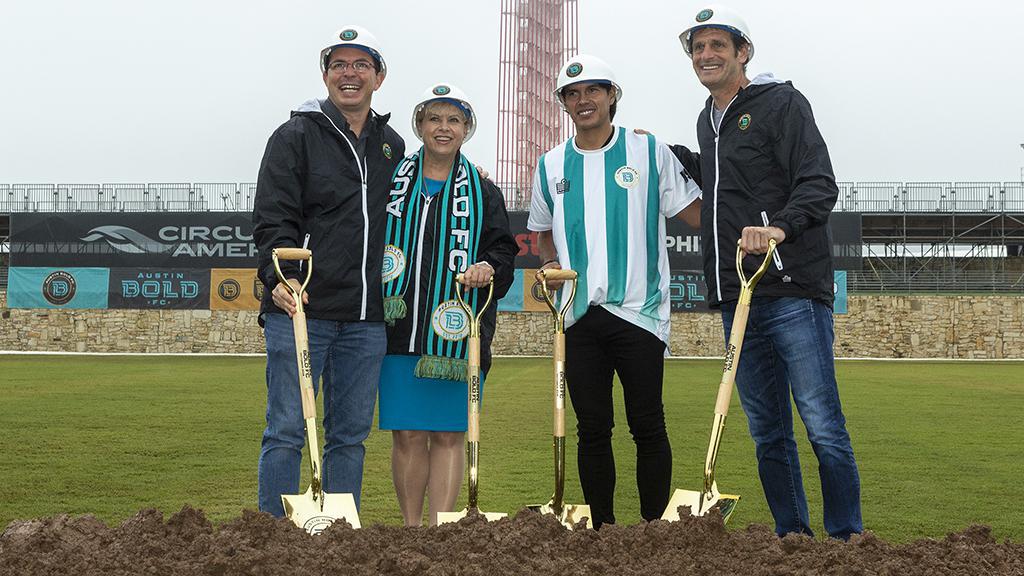 USL: You’ve broke ground on the stadium what are the next steps on that?

RS: We started the construction with the field, because we decided to seed the field on site instead of bringing it in from a nursery, and we have the challenge of the weather. It depends on how the weather goes. If it’s a hard winter in Texas, we might need to bring in our second option which is a field that’s in a nursery at this moment, but hopefully we’re going to have a warmer winter and the field is going to be in place, and then January 3rd or 4th is when we start going up, we’re working on the grounds right now. We’re excited, and the stadium should be up and running by the end of February and be able to be ready for March.

USL: Obviously, we have about three-and-half-months until the first weekend of the season, what are you most looking forward to?

RS: I say that it’s not three-and-a-half months, I say the season just started. If you think that some of the players are moving to the city right now, Kleber is moving today, Edson [Braafheid] has already moved before, some other players are on their way, and in 40 days we start preseason. January 14th, we’re starting everything, so I think the season really starts in January, and it’s good, it’s exciting. I think seeing the players coming out, and the good thing is enjoying the process.

USL: For fans that don’t know so much about you, what do you like outside of soccer?

RS: Soccer has been my life. I’m Brazilian, so I was born with a soccer ball and everything, so it’s been a big part of it, but I think I can say I think I’m a hard worker and a family person. I have two kids, a nice wife and I enjoy being with my parents also, with my siblings, and I like music, but soccer is a big part of it – and sports overall – and that’s pretty much it. I worked in professional soccer in Brazil for many years, been in the U.S. for the past five years, and now running this new project.

USL: What was the transition coming to the States like?

RS: It was a challenging one. I was working at Flamengo at that moment, I was director for events for Flamengo at that moment when Brazil was about to have the World Cup and the Olympic Games, and I was about to lose my Green Card to be honest, so what do I do. I say it was my first decision for my family, because I could not take the rights of my kids and my wife to have the Green Card and be in the U.S., so I sold everything that I had – which wasn’t much – and I moved to the U.S. with my wife, two kids and nine bags and started from scratch.

Looking back today, five years later, I think it was the best decision I could have ever made for my family and for myself. I’m really enjoying the process here with Austin Bold, working with the ownership group and couldn’t be in a better situation now.

USL: What do you hope the next five years look like?

RS: I sure hope that in the same way I’m looking back here now on the first five years in the U.S., and saying what a good decision that we made and how good everything was, I sure hope that five years from now we look back on the franchise and say, ‘man, we made the right decisions, we did the right things, we created something special for the community.’ A winning team, even if it’s not winning the championship itself overall, a winning franchise that is developing local players, also bringing that international flavor to it, creating entertaining soccer, getting after that environment that soccer sometimes has on a franchise and a locker room.

I think if we are able to do that to look back five years from now and say everybody had fun in the process, everybody we had here enjoyed their time, including the fans, the ownership, the front office and the players, I think we’re going to be happy. I think it’s going to be a successful project.