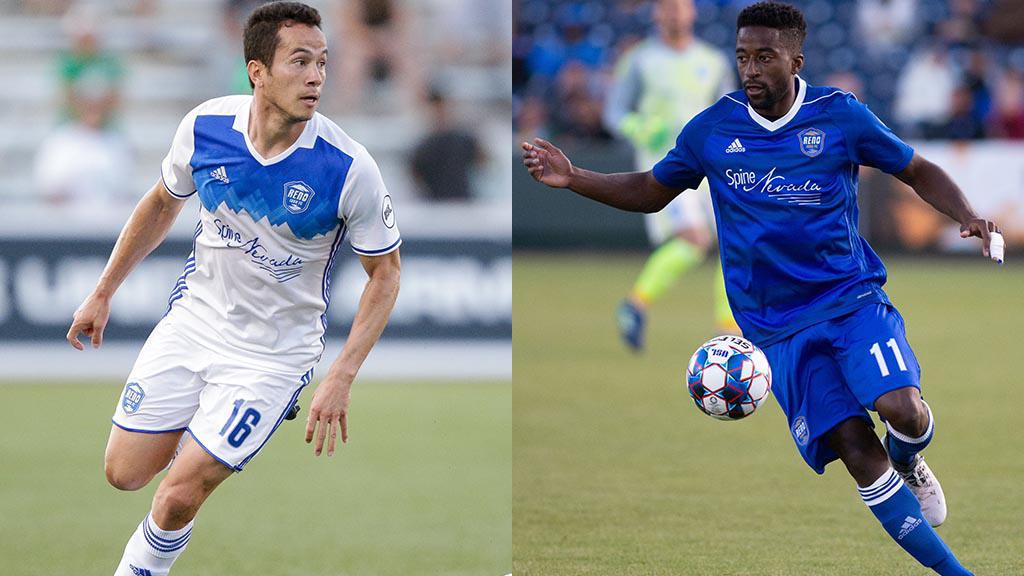 Defenders Brent Richards (left) and Duke Lacroix have both re-signed with Reno 1868 FC for the 2019 USL Championship season.

The signings of Richards and Lacroix are pending league and federation approval.

Richards led 1868 FC with 2,696 minutes of action in the 2018 USL Championship regular season and USL Cup Playoffs and led the team with 73 interceptions while finishing second with 122 clearances. The 2010 USL League Two Most Valuable Player also notched four assists for the side as it returned to the postseason for a second consecutive year.

Brown recorded 17 goals for Reno in his second season with the club, in the process becoming 1868 FC’s all-time leading scorer. The Jamaican forward, who also recorded four assists and 27 key passes, was joined in having a contract option picked up by solid center back Zach Carroll, who led 1868 FC with 155 clearances, fellow defender Thomas Janjigian and midfielder Lindo Mfeka.

“Very pleased with how this offseason worked out so far,” said 1868 FC Head Coach Ian Russell. “The players we're bringing back played an integral role in us making the playoffs for the second-straight year.

Among the players out of contract with the club include 2018 assists leader Antoine Hoppenot, who set a single-season club record with 13 helpers last season, defender Brenton Griffiths and midfielder Jerry van Ewijk.