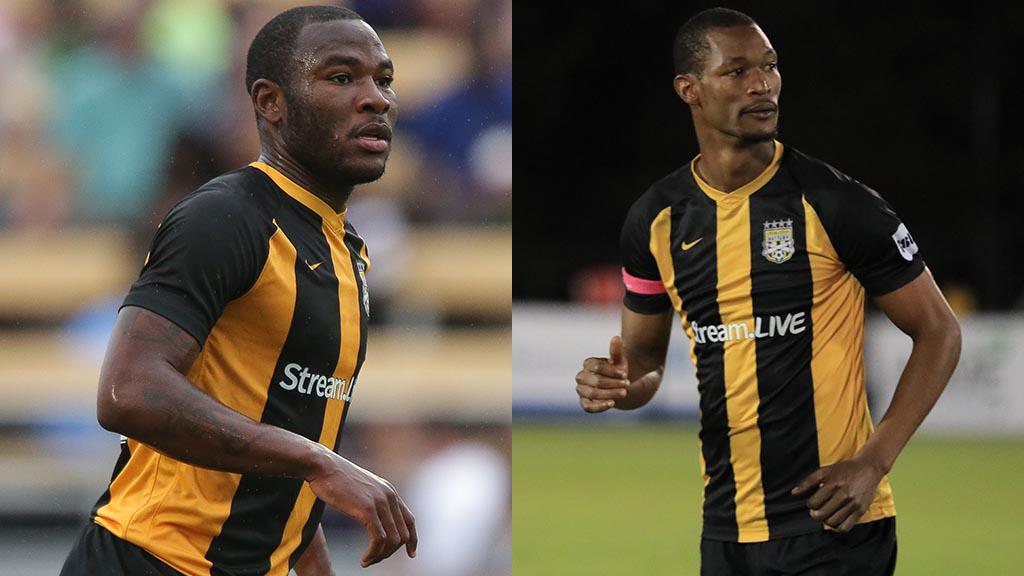 Charleston Battery midfielder Tah Anunga (left) and forward Ataulla Guerra are among 12 players set to return to the club for the 2019 USL Championship season.

CHARLESTON, S.C. – The Charleston Battery announced on Friday that 2018 USL All-League midfielder Tah Anunga and forward Ataulla Guerra were among 12 initial players that would remain with the club for the 2019 USL Championship season, with negotiations with other members of the side that finished fourth in the Eastern Conference this past season also ongoing.

Anunga and Guerra are joined by club captain Taylor Mueller, who will return for his eighth season with the club, as well as goalkeeper Joe Kuzminsky, defenders Leland Archer, Jay Bolt and Jarad van Schaik, midfielders Angelo Kelly, Nico Rittmeyer and Kotaro Higashi and forwards Ian Svantesson and Romario Piggott.

“With the tremendous growth of the league, it is a huge benefit for the Club and coaching staff to be able to bring back a quality core of players every season,” said Battery Head Coach and General Manager Mike Anhaeuser. “We’re looking forward to continuing to build the roster around these players.”

Anunga earned USL Championship All-League First Team honors after a standout year that saw him lead the league’s outfield players with 308 possession recoveries and finish second with 72 tackles won. Guerra, meanwhile, led the Battery with 15 goals and notched five assists alongside 32 chances created from open play to help lead Charleston back to the USL Cup Playoffs for an eighth consecutive season.

The Battery also announced the loan agreements that brought forwards Gordon Wild and Patrick Okonkwo to the club had expired, and they had returned to Atlanta United FC of Major League Soccer.