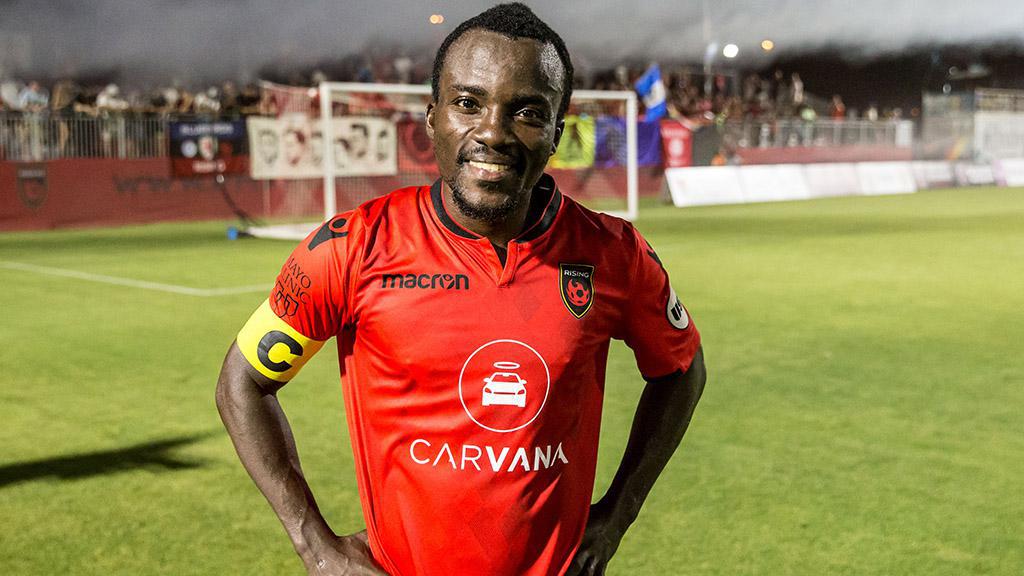 PHOENIX – Phoenix Rising FC announced on Wednesday that 2018 USL Championship All-League selection Solomon Asante would return for the 2019 season. Per club policy, the details of the contract will not be made public.

Asante led Rising FC with nine assists in his first season at the club, while also recording 14 goals that earned the Ghanaian international All-League First Team honors. His 36 appearances led the club, while he finished second on the team with 3,046 minutes of action as Rising FC reached the 2018 USL Cup, claiming the club’s first silverware in the Western Conference Championship.

Asante’s 108 chances created placed him second in the USL Championship across the 2018 regular season and USL Cup Playoffs, and he also registered one of two hat tricks during the regular season by a Rising FC player against Orange County SC.

Prior to his time with Phoenix Rising, Asante played with Congolese-Based TP Mazambe. From 2013-2017, he helped lead TP Mazambe to three league titles in four seasons in addition to an African Super Cup in 2016 and an African Champions League title in 2015. Asante has also played internationally, earning 17 caps with the Ghana National Team.